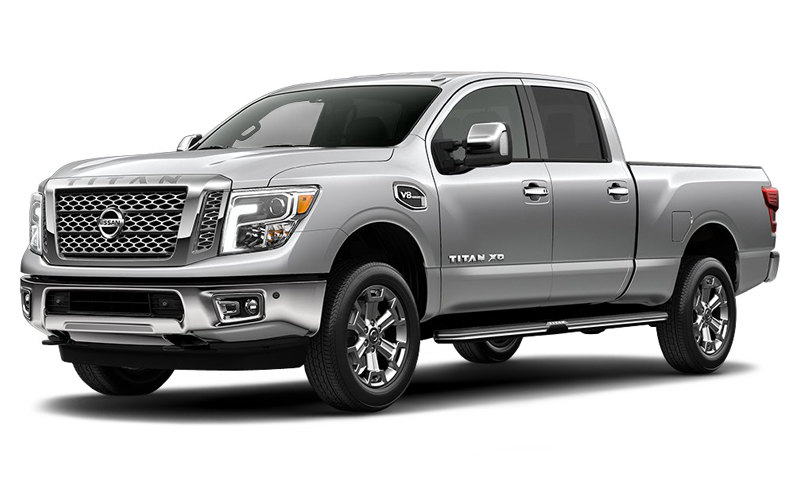 by Jim Corbran, Automotive Columnist Up to now, just about every model of the full-sized pickups sold in the U.S. has been revamped in the past year or so. Soon, later this year according to Nissan, we’ll be able to say every model, as the totally revamped 2016 Nissan Titan XD Crew Cab will hit the showrooms. Nissan has kind of been an also-ran in the full-sized pickup sales race. But they’re aiming to right themselves with the new Titan, which they say will “…create a ‘new class’ of pickup that stakes out a unique position in the segment between traditional heavy-duty and light-duty entries.” It’s not smaller by any means, with a wheelbase of 151.6 inches and an overall length of almost 243 inches, both dimensions bigger than the Ram 1500. The crew cab is the first of a complete line of cab configurations which will be offered by Nissan in the coming months after the XD is introduced. Powered by a Cummins® 5.0L V8 Turbo Diesel rated at 310 horsepower, Nissan claims that the Titan XD will have a possible towing capacity of 12,000 pounds; front, rear, and side cameras will help provide a bird’s-eye view to aid with parking (and boat launching!), while the RearView Monitor with Trailer Guides will assist with trailer hookups. You can see more photos and read all about the new Titan right here: Nissan Titan XD Crew Cab ### The post 2016 NISSAN TITAN XD appeared first on Buffalo Cars.