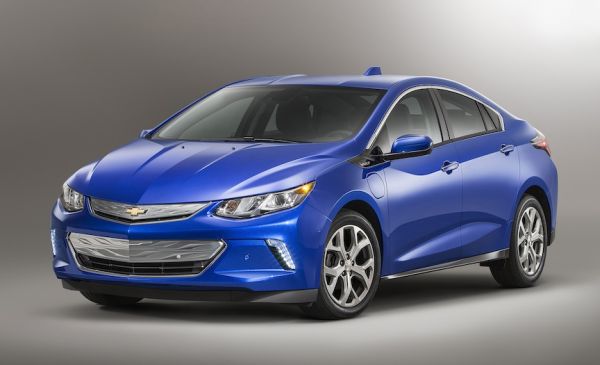 CHEVY RE-VOLTS… by Jim Corbran, Automotive Columnist The second generation Chevy Volt has hit the showrooms, looking a little less like an odd electric car and more like a mainstream automobile. Which will hopefully be more appealing to the masses. The first Volt was a good car for what it was (although the interior was a bit of a downer) and it made Chevy’s name in the plug-in hybrid game. The new Volt is much improved in both the looks — inside and out — and the technology departments. A 420-mile driving range, full five-passenger seating, and a 53-mile EV driving range, along with drop in price (from $34,345 to $33,170), certainly won’t hurt. In the drivetrain department, a new two-motor drive unit is more efficient and 100 pounds lighter than the previous one, and should quicken acceleration times. Battery capacity has increased while size and weight have gone down. The 120v charging cord has been redesigned, making it smaller and easier to store. The interior boasts a full-width rear seat this time around, with no center console getting in the way of fitting three people back there. And heated rear seats are now an option. The dashboard has gotten away from the cheap kitchen appliance look and now looks like one in, ahem, a real car. Looking forward soon to a test drive. In the meantime… The all-new 2016 Chevrolet Volt electric car with extended range showcases a new jet black interior See more here: Chevy Volt ### The post CHEVY RE-VOLTS… appeared first on Buffalo Cars.