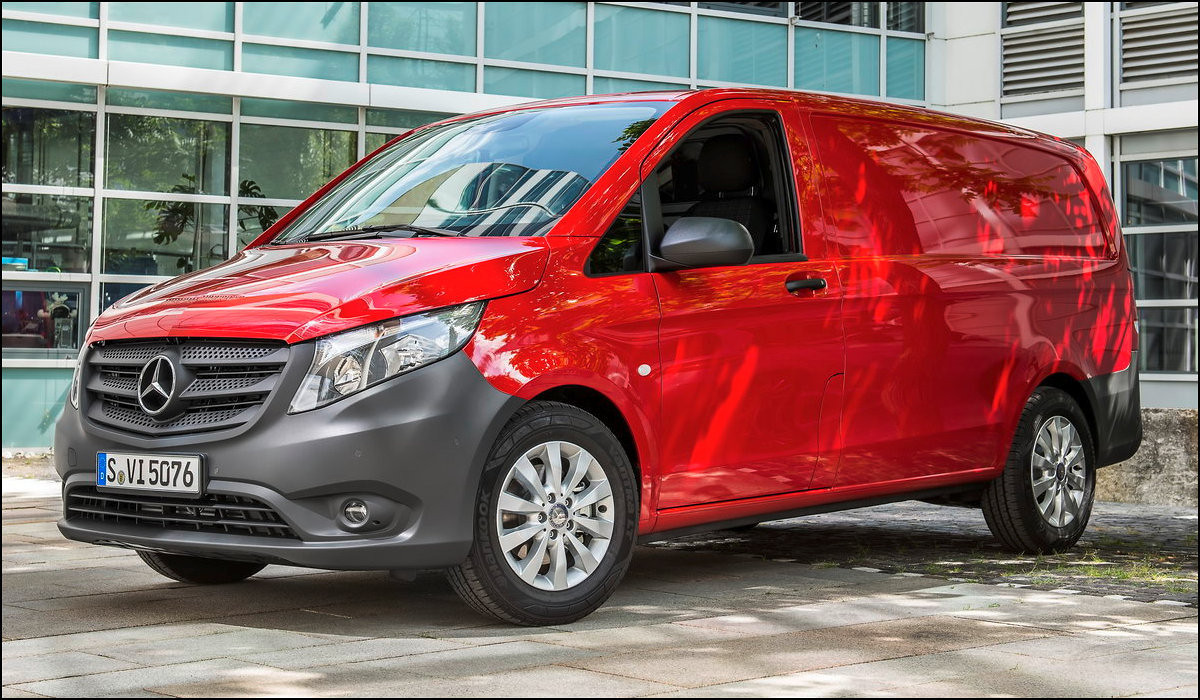 The commercial van market in the U.S. has certainly changed a lot since my friend John and I took a five-week cross-country drive in his ’74 Chevy van back in 1975. A lot of AM radio was listened to on that trip, which just happened to coincide with the Sammy Johns Top 40 hit titled “Chevy Van.” And for the record, the song’s story line was pretty unrealistic. At least for us.

The old Chevy van (new at the time) was pretty uncomfortable, got crappy gas mileage, was as aerodynamic as a brick, and was (sorry, John,) butt-ugly. Fast-forward to 2016, and the array of vans on the market are much more comfortable, get way better gas mileage, have sleeker shapes, and… are still butt-ugly.

Until now. Mercedes-Benz is offering their handsome Metris commercial van, a mid-sized cargo-carrying vehicle aimed at the traditional market which includes plumbers, contractors, couriers, and anyone else needing a vehicle which will be easily maneuverable in an urban setting.

Mercedes claims a 5,000-pound tow rating and a 2,500-pound/186 cu. ft payload capacity. Under the hood is a 2.0L, 208-hp 4-cylinder direct-injection engine with a combined EPA rating of 23 mpg. It’s connected to a seven-speed automatic transmission which drives the rear wheels. Sliding doors on both sides are available, as is a choice of three different rear door opening types: 180 or 270 degree center-opening doors, or an overhead liftgate. M-B also claims that the Metris has the best-in-class turning diameter, and car-like handling.

Pricing starts at $28,950. A passenger version with side glass and seating for up to eight is also available.

Read more details, and build your own, at mbvans.com.