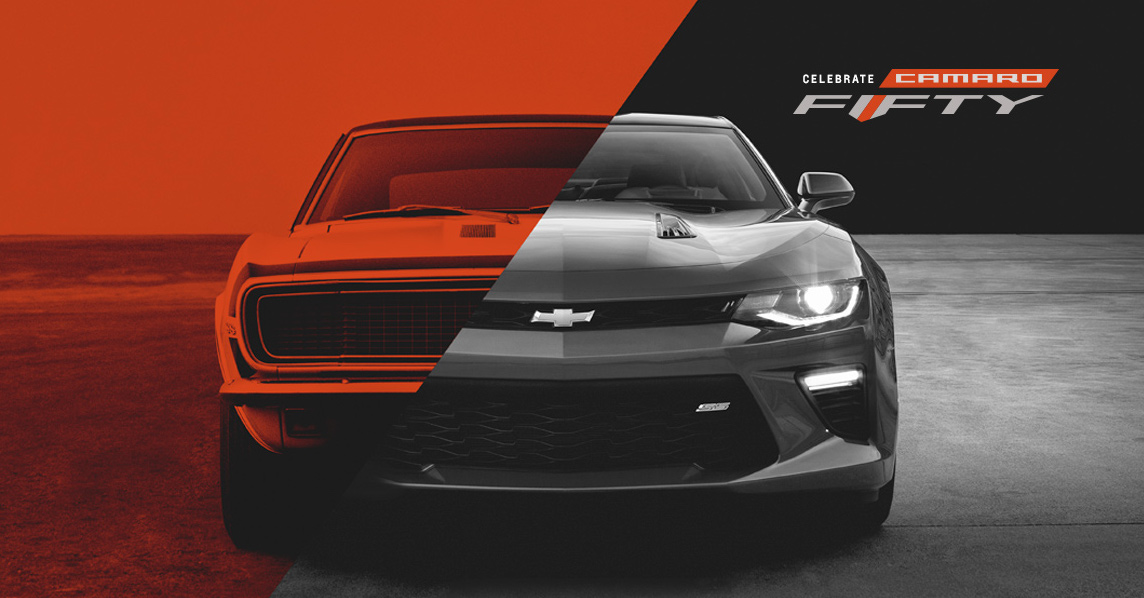 I guess it’s safe to say that the pony car wars began fifty years ago with the introduction of the 1967 Chevrolet Camaro. Ford’s Mustang may have started the whole thing in April, 1964 (and while Plymouth’s Barracuda debuted a few weeks earlier, it wasn’t a major player until later), but you can’t have a war until someone else shows up to fight.

Others also showed up to do battle: to coincide with the Camaro, Pontiac introduced the Firebird (basically a re-skinned Camaro), while Mercury added a slightly larger and fancier Cougar, built off the Mustang’s platform. Plymouth properly updated the Barracuda for 1967, adding coupe and convertible versions to its original hatchback, but Dodge waited for the next generation to come along before bringing out its own version of the ‘Cuda for 1970, called Challenger. And the Big Three didn’t have a stranglehold on the pony car market, as American Motors brought out the Javelin (and a two-seat version called AMX) for model year 1968.

Ford vs. Chevy was a huge thing through much of the 20th century, but for about ten years beginning in the middle 1960s things really started to heat up with the advent of both the pony car — which was a sporty coupe/convertible built on the platform of a for-the-most-part stodgy compact, while the muscle car was a light-weight intermediate sized two-door with a large V8 engine stuffed under the hood.

Having started it all, the pony car genre was named for the Mustang. But the Camaro, although a couple of model years late to the game, was no slouch. Available as a two-door hardtop or a convertible, the Camaro, much like the Mustang, could be bought as a handsome little six-cylinder grocery-getter with whitewall tires and fancy hubcaps, or a V8-equipped sporty car with a four-on-the floor and mag wheels. The Mustang and Camaro (and by 1967, the Barracuda) matched each other model for model, but it would be years before the Camaro challenged the Mustang’s sales numbers. The first generation Camaro carried on for three model years — or maybe three-and-a-half, as the all-new 1970 models were actually more like 1970-1/2, not being introduced until February. The marque fell off the map after the 2002 models closed the book on the fourth generation cars. Chevrolet revived the brand for model year 2010 to great acclaim, and the 2016 models marked the dawn of the Camaro’s six-generation.

The 50th anniversary car, in both coupe and convertible form, looks quite sinister in Nightfall Gray Metallic. It comes with exclusive orange stripes, badges, and brake calipers, its own grille and 20-inch wheels, and a distinctive interior. In addition, all 50th Anniversary Edition Camaros come with the upscale RS option package. Two versions of the car are on offer: a 2LT (with either a 2.0L 275-hp turbocharged four, or a 3.6L 275-hp V6 engine) and a 2SS, which has a 455-hp 6.2L V8 under the hood. Either can be equipped with a six-speed manual or an eight-speed automatic.

And the war goes on…