LOOK IT UP! Automotive reference books on my shelf… 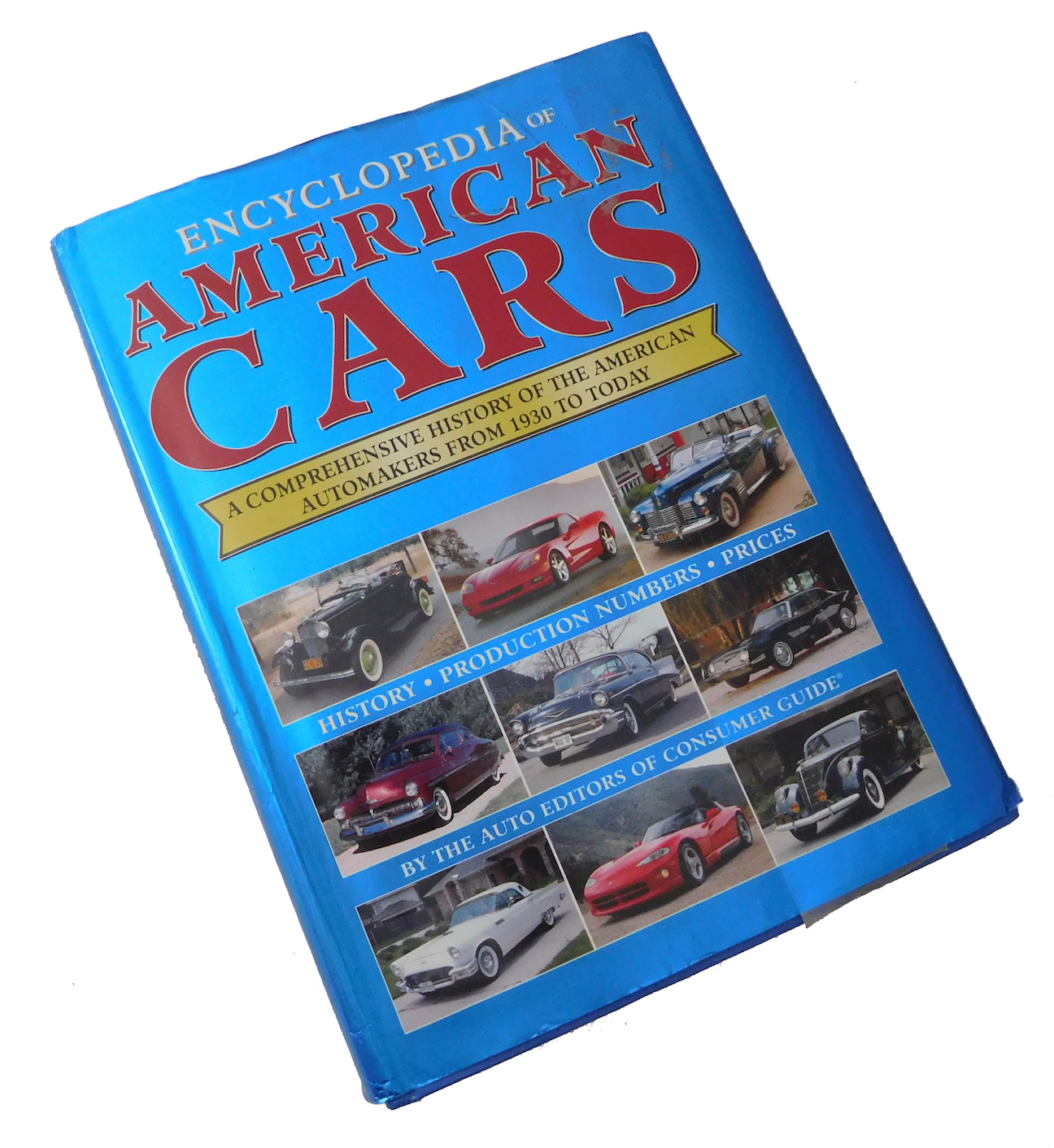 Automotive reference books on my shelf…


From time to time (okay, once!) people come up to me and ask how I’ve managed to remember the (sometimes mundane) minutiae of the classic automotive world which appears day-after-day in my RealRides of WNY feature on buffalocars.com.

Doesn’t everyone out there remember that Chevrolet used the same dog dish hubcaps on their full-sized cars for both 1961 and 1962? Or that Ford basically used the same dashboards for their 1963 and 1964 full-sized cars, but for 1963 the instruments had white characters on a black background while the ‘64s had black characters on a silver background? Yet, I can’t remember if I had breakfast this morning.

Okay, I don’t always remember all of the trivial facts in RRofWNY (although the two above really were parked in the back end of my brain!). But over the years I’ve amassed shelves full of books which I’ve spent countless hours thumbing through.

One of the most go-to references is a tome I keep right on my desk: the Encyclopedia of American Cars by the Auto Editors of Consumer Guide®. Subtitled A Comprehensive History of the American Automakers From 1930 to Today, it was published in 2006 (I guess “today” is a relative term) by Publications International, and contains prices, sales figures, and details on just about any automaker from that time period that you need to know about. A sentimental favorite is The Illustrated Volkswagen Buyer’s Guide, which covers the German manufacturer’s North American vehicles from 1946 to the book’s publication date in 1993, a time span which begins with the air-cooled Beetle (and its prototypes) on through the 180° turnaround wrought by the introduction of the front-drive, water-cooled Golf (Rabbit) in 1974. There are also sections on vehicles specific to Mexico/Brazil. Written by Peter Vack and published by Motorbooks International. I’ve always been a fan of quirky little British cars, and was pleased some years ago to find two volumes on eBay: British Saloon Cars of the Fifties, and another focusing on the early sixties. Plenty of photos, history, and old advertisements of such oddities (to us Yanks) as the Singer Vogue, Humber Sceptre, and Vauxhall L-Series Wyvern; both were authored by Michael Allen and published by the Haynes Publishing group.

The Metropolitan Story tells you everything you’d ever want to know about the little two-seater sold by American Motors from 1954-1962. Authored by Patrick Foster (an expert on the independent automakers), it’s well-written and easy to read with plenty of photos and reference material. Published by The Olde Milford Press. Other often-paged-through volumes include those on Studebaker, Kaiser-Frazier, Jeep, American Motors, DeSoto, Citroën, and the Canadian Monarch-Meteor. And way more too numerous to mention… I’m proud to say that, yes, they’re all actual books. Although I have an e-reader, I’ll confess that it’s gathering dust somewhere in a drawer. Nothing can beat the feel, the visuals, and yes, the smell of an old book!

Most of these books can still be found online or at vintage bookshops at reasonable prices. Start building your own reference library, and we’ll have a trivia contest someday!

The post “LOOK IT UP!”
first appeared on Buffalo Cars