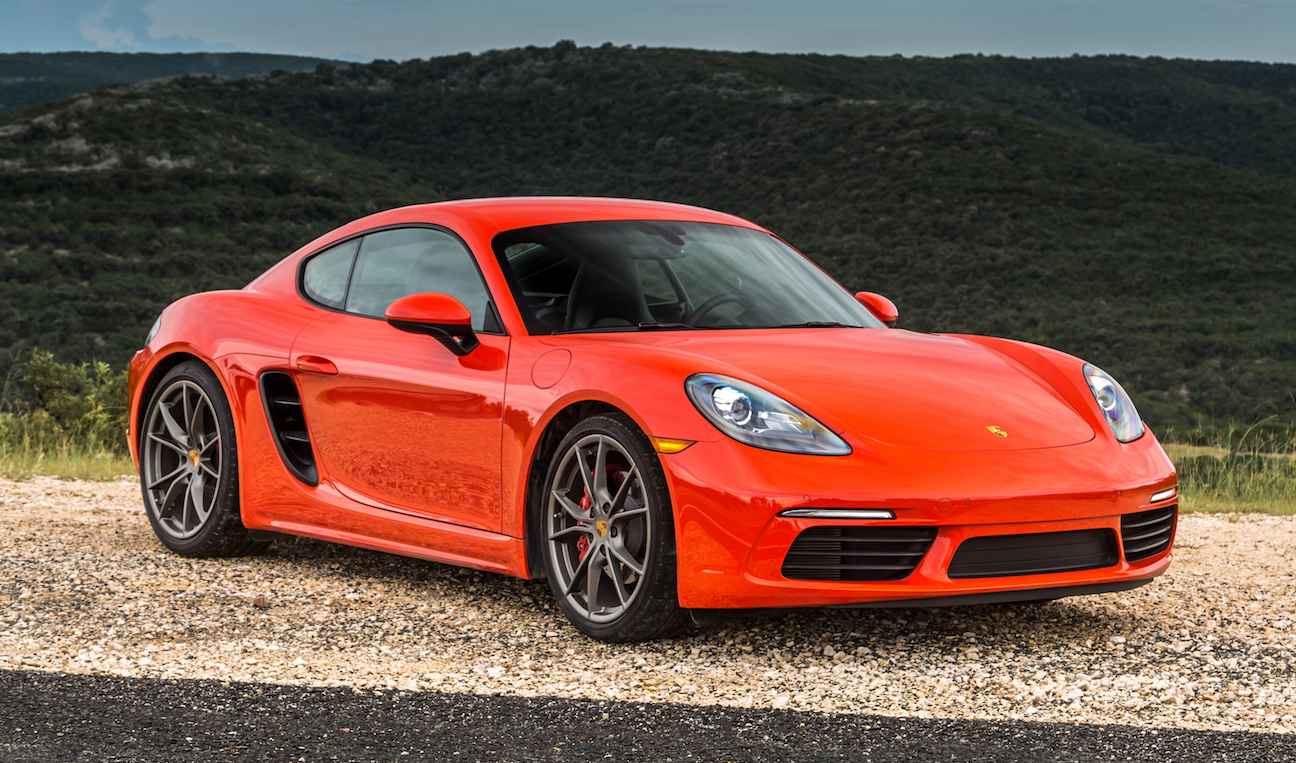 OKAY, MAYBE I DO WANT A PORSCHE…

Anyone who knows me can tell you that I’ve been fascinated with automobiles all of my life. My first spoken word (after Momma, of course) was vroom!


People who really know me can also tell you that I’m not much of a fan of super-expensive sports cars, and could never see myself owning one (big bank account or no big bank account).

That being said, if someone were to hand me a blank check, put a gun to my head (it wouldn’t even have to be loaded), and said “You must buy an expensive sports car — or else!” I’d head on over to the nearest Porsche dealer and fill out the paperwork for a 2017 Porsche 718 Cayman. (And after thinking about it, you really wouldn’t have to hold a gun to my head at all. But I’ll still take the blank check.) First, a little history. The original Porsche 718 (right) was a mid-engine race car built in the late 1950s-early 1960s. It was driven by such legends as Graham Hill, Stirling Moss, and Dan Gurney, and was initially a two-seat, mid-engine 1.5-liter car with a weight of about 1,200 pounds. Different iterations were brought about to compete in different race classes, but, the legend was born.

The new 718 Cayman is also a two-seat, mid-engine sports car, the third generation of the Cayman which made its debut for model year 2006. The 2017 model is powered by 2.0L turbocharged flat four-cylinder engine which makes 300 hp., while the Cayman S does with a 2.5L which delivers 350 hp. Transmission choices are a six-speed manual (standard), and an optional seven-speed Porsche Doppelkupplung (PDK), or, as it’s more commonly called, an automatic

Porsche tells us that a completely retuned chassis further enhances agility and gives a higher level of comfort compared to previous models. The exterior has been almost completely redesigned, with only the luggage compartment lid, roof, and windshield being held over from the second-gen car. Inside, the interior has also been given the once-over with a new dashboard with redesigned vents, and new color choices. An eight-speaker sound system is standard, but I’m kind of surprised that at this price point ($53,900 for the standard model) the navigation system is extra-cost ($1,730), and had to laugh while scanning the other options when I got to “Snow Chains $630.” I’m sure with its mid-engine that the Cayman would be a great winter driver. But, really? And $630? Yikes! Even with my blank check that’s a lotta dough!

Build you own “winter driver” here at Porsche.com.

Just don’t expect a blank check from me.

The post “OKAY, MAYBE I DO WANT A PORSCHE…
The 2017 Porsche 718 Cayman”
first appeared on Buffalo Cars