BECAUSE NOT EVERYONE WANTS A CROSSOVER/SUV 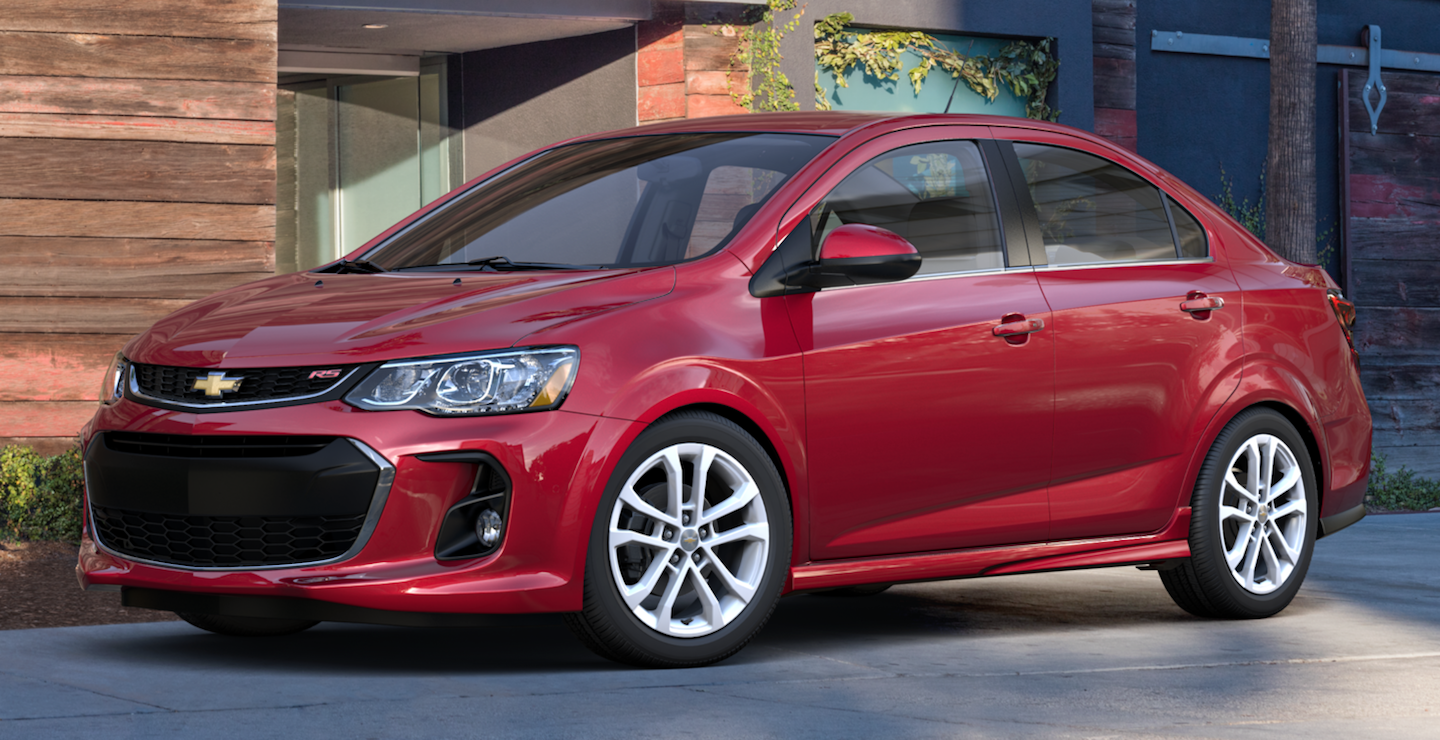 BECAUSE NOT EVERYONE WANTS A CROSSOVER/SUV
— 2017 Chevrolet Sonic

Although it’s often hard to tell when you look around the mall parking lots these days, not everyone is driving an SUV, crossover, or pickup truck. There are still some people out there (my hand is raised) who prefer what we’ll refer to here as a normal car. And this week we’ll focus on a small normal car. We’ll focus here on the Sonic sedan, as its general three-box shape (think hood, roof, and trunk areas) pretty much reflect what is traditionally thought of as a normal car. The Sonic was revamped for model year 2017, with new styling, instrument cluster design, wheels, colors, and a list of new available equipment.

The sedan comes in a choice of three trim levels: LS, LT, and Premier. Power for the LS and LT models comes from a 1.8L DOHC inline four, while the Premier has a 1.4L turbocharged DOHC I-4. Surprisingly, both are rated at 138 hp. They are connected to a five-speed manual transmission on the LS and LT, while a six-speed automatic is standard equipment on the Premier and optional on the other two. Depending on powertrain, EPA figures range from 28/38 mpg city/hwy, to 24/34.

The Sonic interior has available seating for five, assuming that the three back seat passengers are well-acquainted with each other (they will be by the end of their trip). If you’re looking for something that doesn’t scream rental car, you’ll want something other than the standard LS Jet Black Sport Cloth with Dark Titanium Accents interior trim. I went online and built my own version of a Premier sedan with the RS package (below right) which looks much more inviting. More info, or build your own at chevy.com