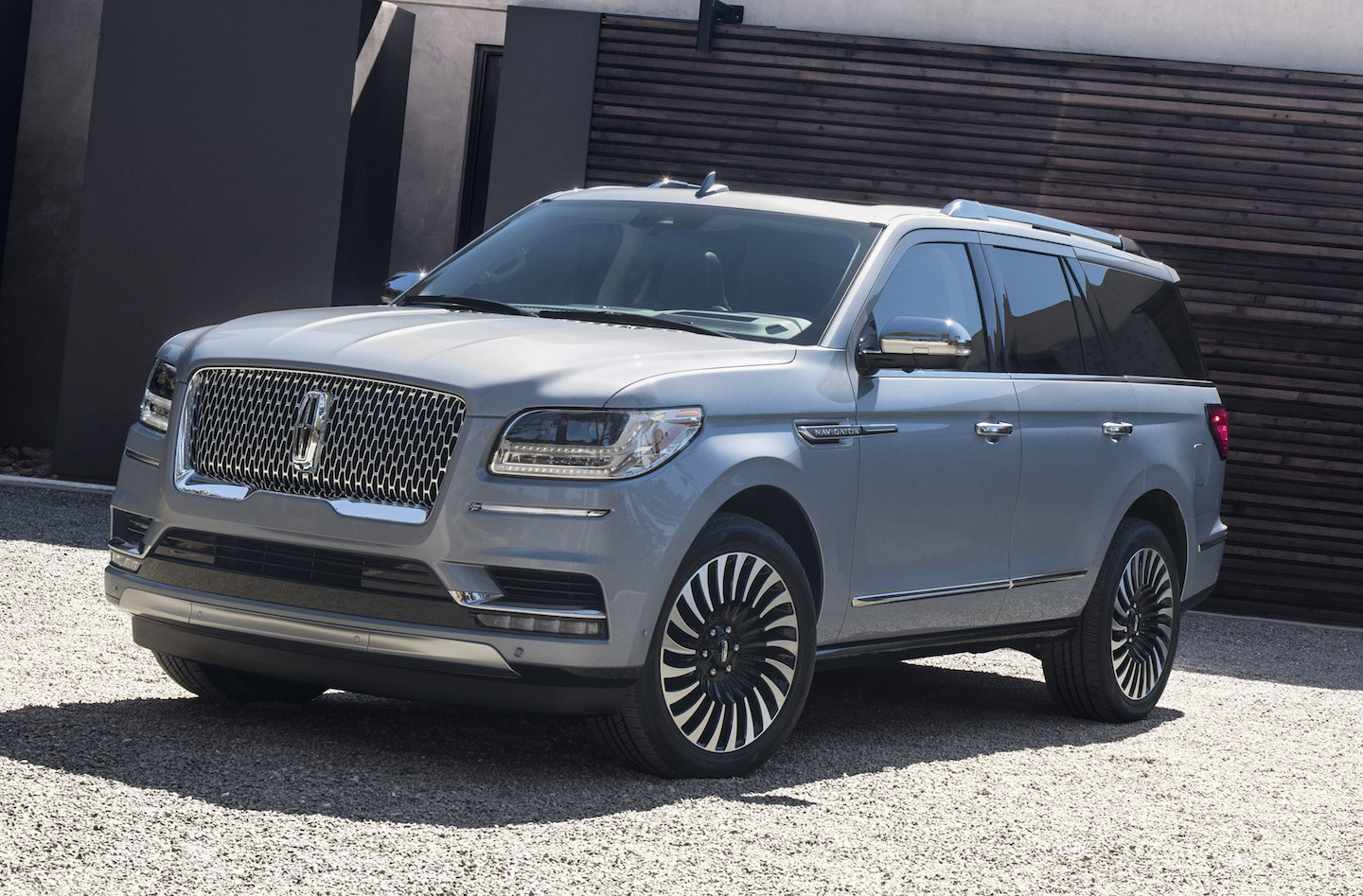 AS SUBTLE AS A TWO-BY-FOUR ACROSS THE FOREHEAD Looking for a roundabout way to let your neighbors know you finally got that big promotion? Try parking one of these in your driveway. They still might not be sure just where the money came from, but at least it’ll make them sit up and take notice.


As long as we’re talking about money here, let me get this out of the way right up front… the least-expensive 2018 Navigator, which is the regular, non-extended length Premiere, has a starting MSRP of $72,055. For a rear-wheel-drive version. If you want a 4x4, that’ll be another $2,655. Ugh. I’m sure there are buyers in warmer climates who think they don’t want the 4X4, but please, at this price point it shouldn’t even be a choice. But it’s the same deal with the Infinity QX80 and the Cadillac Escalade — so maybe it’s just me.

If you’re the go big or stay home type, you might want to check-off everything on the sales sheet and opt for the Black Label L (extended) 4x4, with a starting MSRP of $96,905. On Lincoln’s build your own web page, it tells us the highlights of the Black Label L are its 22-inch Ebony Black Paint Wheels, Technology Package, and the Heavy-Duty Trailer Tow Package. All Navigators have Ford’s 3.5L twin-turbo V6 under the hood, putting out 410 hp, with a ten-speed automatic transmission transferring that power to either two or four wheels.

I decided to build one of these for myself, and chose the very attractive dark brown leather Destination Theme interior (see photos) — which surprisingly took $1,750 off the MSRP. Unfortunately, when I went to make my paint choice, the first color I chose, Rhapsody Blue, is not available with the interior I chose. It got worse from there. The second two colors I chose — Chroma Crystal Blue and Chroma Molten Gold, not only weren’t available with my interior either, but, if I wanted them I would: a) have to go back to the standard Chalet Theme interior (and its $1,750 premium); and b) pay another $1,750 premium for either of the two paint choices I’d made. Instead I went back to square one, opted for the Yacht Club Theme interior (whitewashed teak appliques and bluish-gray leather-wrapped seats) and a Black Velvet (a.k.a. black) paint job. At this point if I’m a real buyer I’m already expecting something to go wrong somewhere along the way.

Does anybody really need an SUV bigger than some Brooklyn lofts? Probably not. But everyday we Americans buy a lot of stuff we don’t really need. The folks at Esquire magazine recently called the new Nav "gargantuan and opulent." And then they drove one. Impressed with the roomy interior (duh), quietness, and the fact that it can take up to ten WiFi connections, they concluded thusly: “You may not get a thumbs-up from Prius drivers, yet good taste, in any size, is hard to hate.” Road & Track test drivers, reading my mind, said “But honestly, if you’re looking at one, you probably just want to know if it’s better than a Cadillac Escalade. Yep. Buy away.”

And start getting estimates for enlarging the garage.