BECAUSE NOT EVERYONE WANTS A CROSSOVER/SUV 2.0 — 2017 Lincoln MKZ 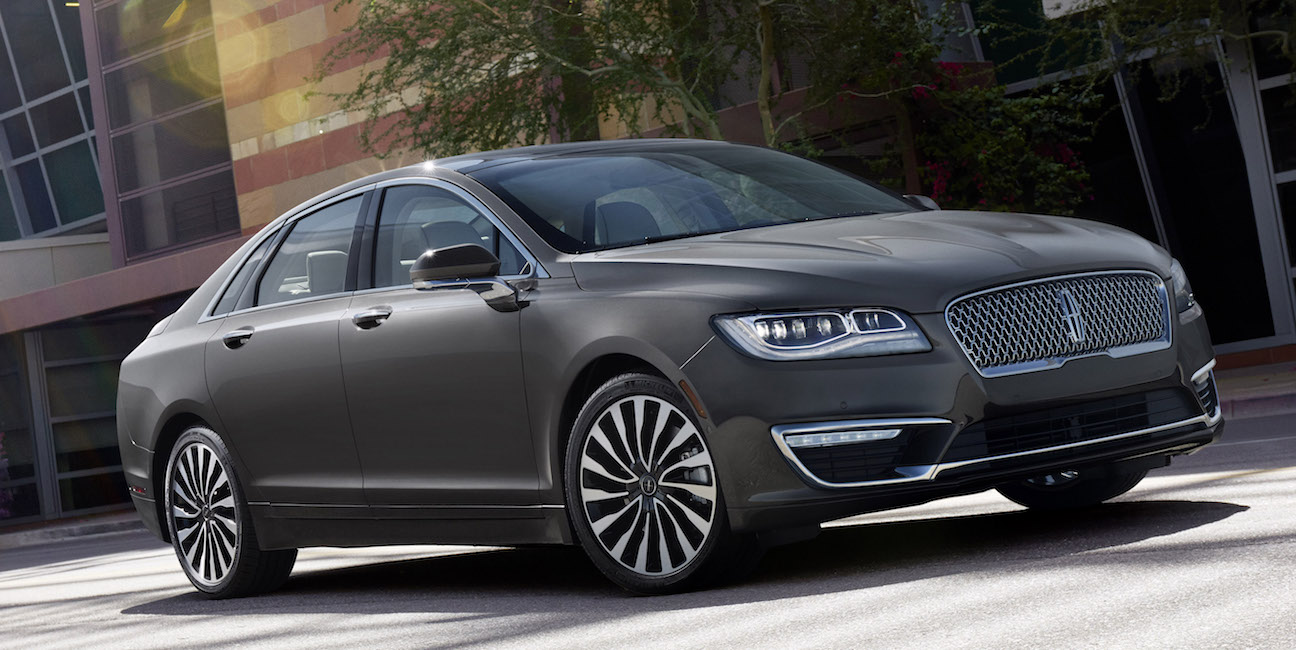 BECAUSE NOT EVERYONE WANTS A CROSSOVER/SUV 2.0

Last week we began our look at “normal” cars (a.k.a. not a pickup/crossover/SUV) with the compact Chevy Sonic. This week we move up a notch in size with the Lincoln MKZ, which the Environmental Protection Agency classifies as a Midsize Car.

The MKZ was introduced by Lincoln for model year 2006 as the Lincoln Zephyr; the name change came about a year later as Lincoln seems to have decided that its nomenclature wasn’t confusing enough, and the newly-named MKZ joined the MKX, which would eventually be followed by the MKC and MKT (Lincoln has finally broken the MK_ chain with the new Lincoln Continental.).

Based on Ford’s popular Fusion sedan, the 2017 MKZ wears Lincoln’s newest signature front end, which IMO resembles a marriage between a Bentley and a Jaguar. Not bad company to be in, but also not very original. If I were paying the bigger bucks for the new Continental (with a starting MSRP of almost 44 grand) I’d be a little miffed that my neighbor’s $35,000 MKZ looked the same from the front. As you may gather, I’m not a big fan of “signature” grilles across the line, no matter how attractive they are. At least the rear of the MKZ is unique-looking. It wears a wall-to-wall taillight which spans a rather heavy-looking rear end. The illusion of a larger rear window is created with a blackout treatment at the front edge of the trunklid, which becomes rather strange-looking when the optional retractable panoramic glass roof is in full-open mode, as it covers half of the rear window. At least it’s see-through.

Where the Lincoln pedigree really shines through with the MKZ is on the inside. Lincoln tells us that in order to “…give you a luxurious grip on your driving, they wrapped the steering wheel in Wollsdorf pure cowhide leather from Central Europe and the Alpine region.” I’m sure that makes a difference somehow, but I’m not sure why it’s any better than Montana cowhide. Buyers have a choice of interior finishes, including aluminum, real wood, or carbon-fiber trim. Seating and door panel coverings are available in five colors, four of which are the usual black, tan, or gray, but there’s a fifth color called Terracotta, which looks great with the Brown Walnut Swirl trim. Am I being especially hard on the MKZ? Perhaps. But as a long-time Ford/Lincoln fan, I’m really pulling for them to get out of the funk they seem to have been in for decades.

The MKZ is a step up from the Ford Fusion, but so was the Mercury Whateveritwas. The new Lincoln Continental could be the real first step in a journey back to sales respectability — and street cred. The non-MK_ name certainly won’t hurt. (And using Sharon Jones and the Dap Kings – seen at the bottom right — in their ads is def a plus in my book!)

More info, or build your own at lincoln.com

The post “BECAUSE NOT EVERYONE WANTS A CROSSOVER/SUV 2.0 — 2017 Lincoln MKZ”
first appeared on Buffalo Cars