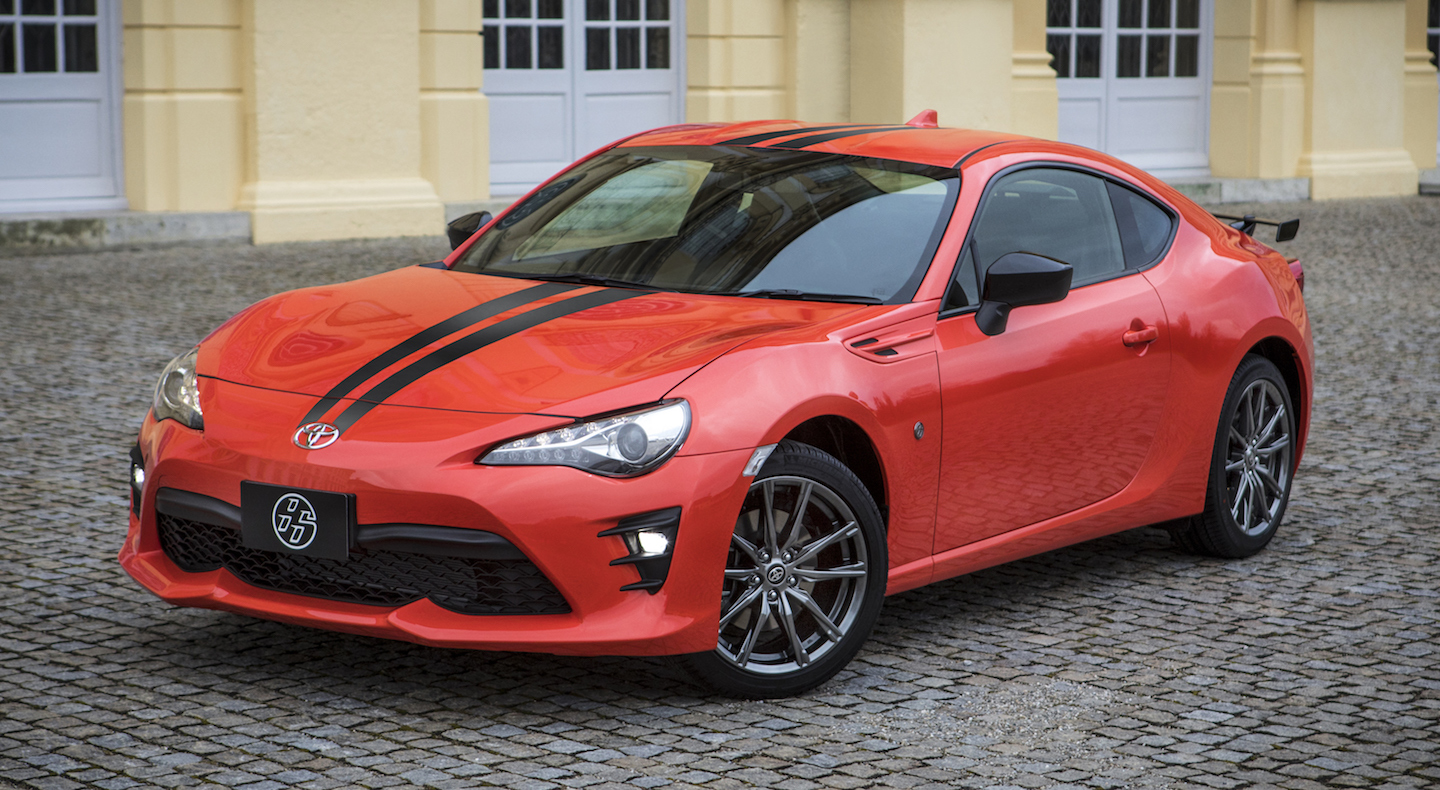 Some brand names are easier to follow than others. Toyota’s 86 is one of the others.


Perhaps you should get yourself a cup of coffee to settle down with as we trace its path.

It began life as the 2012 Scion FR-S — which some sources tell us stood for Front engine Rear-drive Sport (IMO not one of Toyota’s better naming ideas) — Scion being, as you might remember, what was supposed to be Toyota’s youth-oriented brand. (Note to Toyota: I own a Scion, and I haven’t been a youth since the Johnson administration.) The FR-S (now the 86) was designed and developed with Subaru, who actually builds the car along with the near-twin Subaru BRZ (Boxer engine Rear drive Zenith. Ugh.) in its Ōta assembly plant, located in the Gunma prefecture in central Japan. When Toyota decided to eighty-six the Scion brand in 2016, some of its models were given Toyota nameplates (just like they’d already had in most of the rest of the world — as the Scion name was used only in the U.S. and Canada). The FR-S was already being sold as the Toyota 86 or, in some countries, the GT86 or FT86. Possibly to add further confusion, Toyota has just announced a new special edition 86 — get ready for it — the 86 860! The Toyota 86, as you may well have figured out, is a rear-drive sports car, which Toyota tells us was “Born on the track. Bred for the streets.” The automotive press was impressed with both the Toyota and Subaru iterations of the car (the BRZ being the only Subaru model without its famed all-wheel-drive). Technically a 2+2, unless you’re transporting toddlers, it’s more realistically a two-seater with a generous cargo area.

The 86 860’s name refers to its limited-production number; plans call for only 860 cars to be produced in Halo white, and another 860 in Supernova Orange. Which begs the question: why isn’t it called the 86 1720?

Every 860 will be equipped, as are all 86s, with the Subaru-sourced 2.0L DOHC Boxer engine, mated to either a six-speed manual or automatic transmission. The underside of the car is inhabited by a sport-tuned independent MacPherson front and a double-wishbone rear suspensions. Sport-calibrated electric power steering gets you around the curves, while four-wheel disc brakes in the 11.5-inch range do the stopping. The 860 is set apart from ordinary 86s by special body stripes, rear spoiler, heated outside mirrors, and 17-inch alloy wheels. Also included are LED fog lights, and a unique aerodynamic underbody panel. The Supernova Orange paint is exclusive to the 860. Inside are heated front seats in black leather with contrasting orange leather stitching, which continues on to the steering wheel and shift boot.

More info, or build your own: toyota.com