CARS TO GENERAL PUBLIC: “I’M NOT DEAD YET!” — the 2019 Toyota Corolla Hatchback 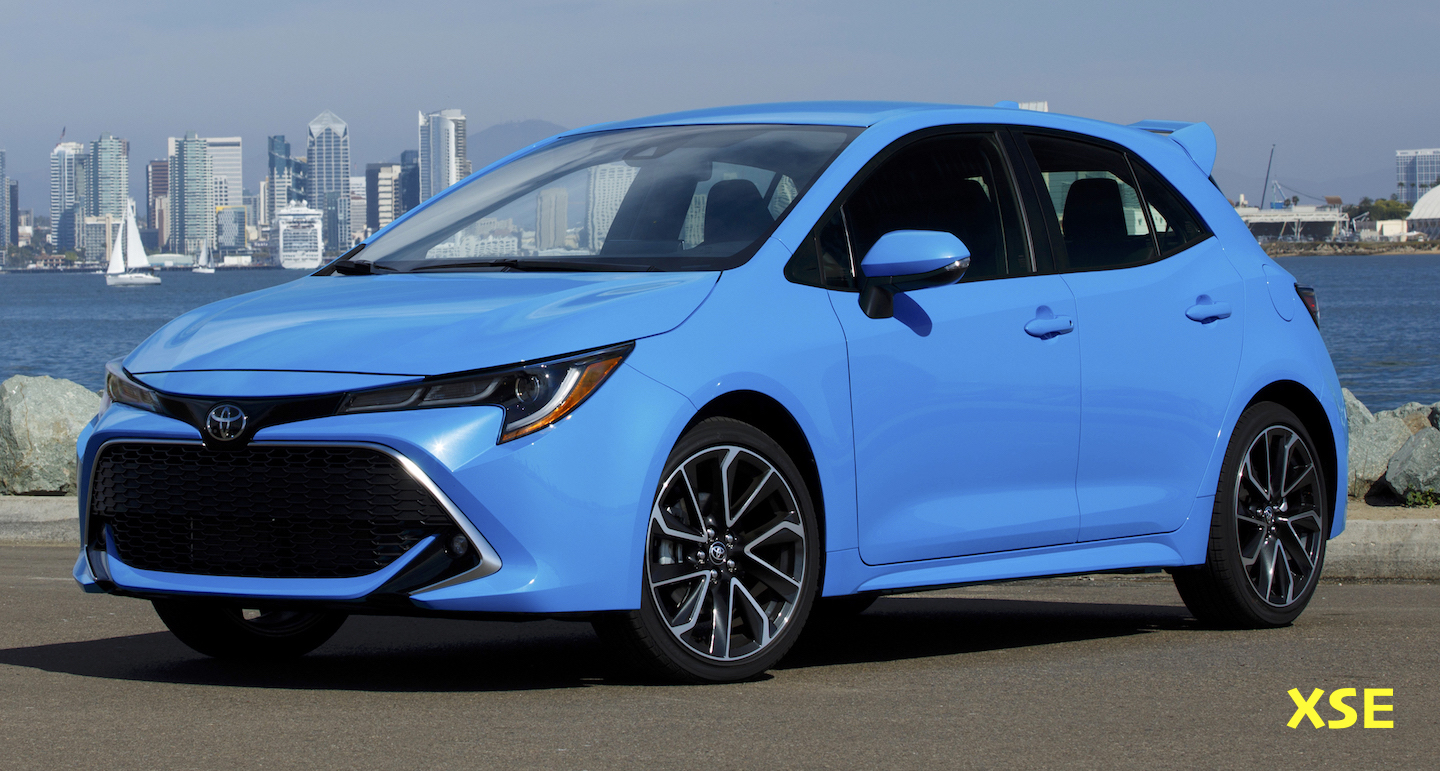 CARS TO GENERAL PUBLIC: “I’M NOT DEAD YET!” When Ford recently announced they’d be deep-sixing almost all of their “traditional” vehicles to build more SUVs, crossovers, and light trucks, some thought it was the death knell of what many of us have come to know and love as a “car.”

But don’t stick a fork in it yet.

Toyota last week unveiled its 2019 Toyota Corolla Hatchback much to the delight of those who still prefer driving a car over an overpriced, oversized vehicle whose biggest cheerleaders are the automotive companies’ stockholders.

The Corolla Hatchback, in another, not so long ago era, would have been badged a Scion — a brand that when it was introduced was hoped to bring more younger buyers into Toyota’s showrooms (some say that demographic-wise the Corolla sedan is the new Buick Century, lol); instead they got people like me, who are younger only when compared to most tenured members of Congress.

The newest Corolla Hatchback (let’s just call it the Hatch) is lower, wider, and shorter than its predecessor, the Corolla iM (previously known as the Scion iM), with wider front and rear tracks and a longer wheelbase. The hood is a full two inches lower than before, helping with frontal visibility. The styling itself — at least from the front, IMO, is somewhat polarizing, with what I’d characterize as a wide gaping mouth and squinty eyes. Toyota’s description is somewhat more “adultish,” calling it “a rounded nose and trapezoidal-shaped grille.”

At the rear, again quoting Toyota, we have “…an overarching emphasis on athletic presence.” I think the front and rear styling works well together, giving the viewer a pleasing shape which should decry its position in Toyota’s lineup as a small, affordable family car. Available in SE and XSE models, the Hatch could look just as at home at a gathering of small-car motorheads as it would picking up the offspring from soccer practice.

All Hatches will be powered by a 2.0L in-line four which produces 168 hp. In somewhat of a reversal of the norm, a continuously-variable transmission (an automatic generally known as a CVT) is standard, while a six-speed manual will be optional. Toyota tells us the CVT has simulated 10-speed shift steps, including a launch gear — the world’s first in a passenger car. A launch gear, for those who’ve never heard of one (my hand is raised!) uses gear drive when starting from a full stop, before switching over to the belt-driven systems used in conventional CVTs. It’s said that a launch gear is more efficient and less of a drag on the transmission itself.

No on-sale date or pricing has been announced; look for updates on the link below.

The post “CARS TO GENERAL PUBLIC: “I’M NOT DEAD YET!”
— the 2019 Toyota Corolla Hatchback”
first appeared on buffalocars