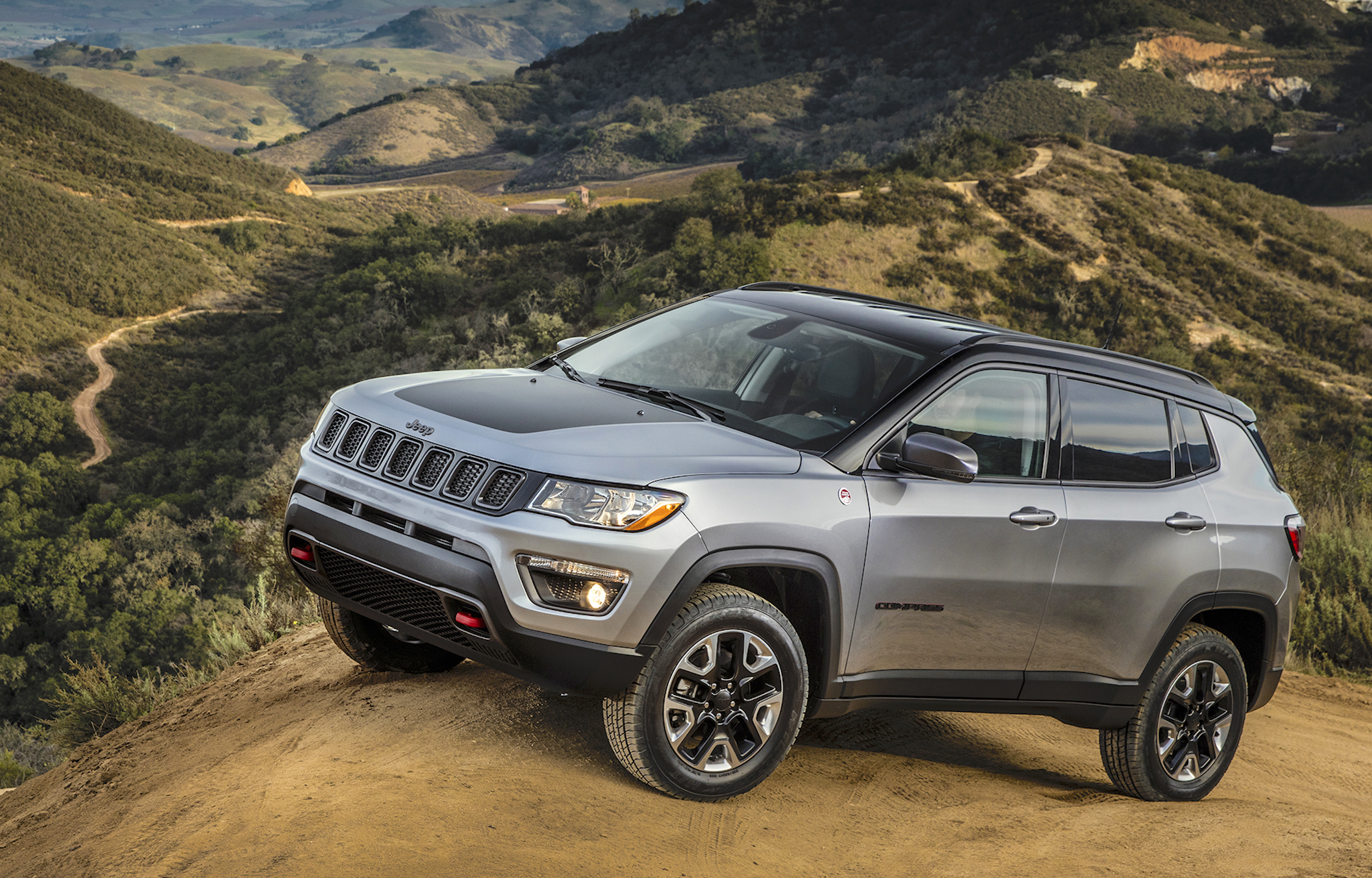 
Let’s be frank here. Jeep’s original Compass, introduced for model year 2007, was not exactly well-loved by the automotive press (not that they have the last word on success or failure). As a matter of fact, Car and Driver magazine called it “rather tragic”. Yet, it sold well, as many buyers were evidently looking for a somewhat inexpensive compact crossover wagon-like vehicle with the popular Jeep slotted grille up front. Nevermind that the rest of the car looked more like something from Japan. It was a Jeep. Said so right there on the hood. Still, it was a rather curious vehicle. Very near in size to Jeep’s somewhat more Jeep-like Patriot, it sold to a different clientele. Which, when you come right down to it, is what the folks at Chrysler wanted. Win over some non-Jeep drivers.

Flip the calendar ahead ten years, and we find Jeep completely overhauling the Compass (while at the same time dropping the now un-needed Patriot). It now has a more Jeep-like look, with a strong family resemblance to the rest of the lineup — and no Japanese overtones. Introduced in February, the new Compass slides in between the Renegade compact SUV and the Jeep Cherokee mid-size SUV. If that sounds like a lot of smallish SUVs to choose from in one showroom, well, yes. It is. But Jeep will probably sell all that they can build. The crossover/SUV market is leaving the “regular” car/station wagon segment in its dust. Seems like fewer and fewer people want a “car” anymore. And while there are certain merits to SUVs and crossovers — better visibility from a higher stance (if there is one — not all crossovers/SUVs are towering above the peons who still insist on driving “cars”); and all-wheel-drive for better traction (although, do you really need AWD in say, Las Vegas, or Dallas, or Miami? — and on many of these vehicles, AWD is an option). They’re certainly not the cheapest vehicles, and gas mileage, while many say “Oh pooh, gas is cheap right now,” isn’t the best either, at least compared to what else is on offer industry-wide.

The new Compass is very attractive. In its standard guise it is a front-wheel-drive, 2.4L four-cylinder-equipped vehicle with a six-speed manual transmission. The fenders are filled with 16-inch black steel spoke-style wheels, while the interior has cloth seating for five. I went online and built one (below), with zero extras, for $22,090. I then switched gears (literally and figuratively) and built a Limited 4x4 model (whose engine upgrade has an electronic start-stop feature), a nine-speed automatic tranny, power liftgate, panoramic sunroof, perforated leather seating surfaces, 19-inch polished black aluminum wheels, and a few other goodies, and ran the price up to $35,310. That’s quite a range, and there’s undoubtedly some price overlap among the many Jeep models which potential buyers can choose from.

And while that might be a salesperson’s learning-curve nightmare, at least (for now) none of those choices could be called “rather tragic.”

More info, or build your own, at jeep.com