ONLY IN AMERICA (ALMOST) — the 2019 Volkswagen Jetta 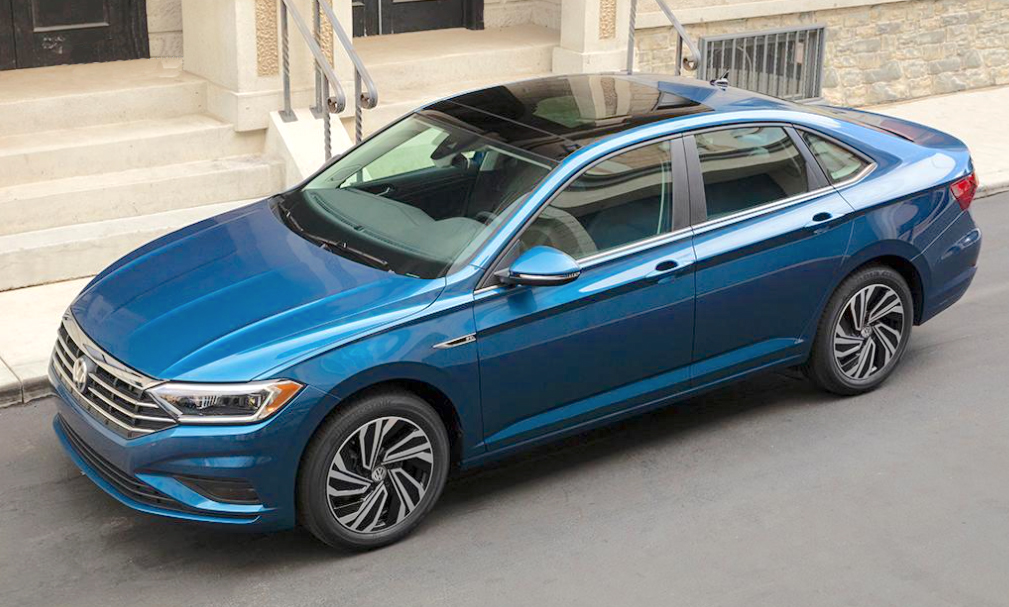 ONLY IN AMERICA (ALMOST) Decades ago, the iconic VW Beetle was the best-selling imported car in America. These days, the water is rather muddied as to what qualifies a car as an import. Many foreign automobile manufacturers now have production facilities in the U.S., while many “traditional” American brands are actually produced on foreign soil. And not just Canada or Mexico. How about Italy, Turkey, Poland… China. China? Yikes!


But it’s pretty clear when it comes to the newest Jetta. It’s definitely an import — a German-based compact sedan built in Mexico. Not that there’s anything wrong with any of that.

The new Jetta is the seventh-generation of the once Golf/Rabbit-based sedan introduced for model year 1979. Back then it looked very much like a Rabbit (or a Golf, depending on what part of the world you lived in) with a trunk tacked onto the rear end in place of the hatchback. But over the years the Jetta has evolved into a much different car. It’s now VW’s best-seller in our market. And even though VW tells us that over 17.5 million of them have been sold since 1979 (3.2 million of them here in America), a scant few minutes on the internet shows us that the Jetta is not even offered these days in markets like Germany and Great Britain, although the sixth-gen Jetta is still offered in other countries like South Africa and Brazil. Over the years, the Jetta was also sold in some countries as the Bora and the Vento.

Getting back to the 2019 Jetta, we find the styling to be pleasantly evolved from previous models. It might be a total re-do, but until parking one next to a 2018 model, the changes aren’t obvious at a passing glance. The family frontal resemblance to the pricier Passat and Arteon sedans, as well as the Golf and VW’s lineup of crossovers and SUVs is the first thing you notice. Its wheelbase is longer, its track is wider, and its front overhang has been shortened, while it’s also a bit taller with a roomier interior than the outgoing model. Up front the wall-to-wall grille tends to make the Jetta look wider than it is, while at the rear the new LED taillight design has the same effect.

There’s plenty to choose from while shopping for a new Jetta, as VW offers five different models: the base S model starts at $18,545 (which is lower than the 2018 model); moving on up price-wise you’ll find the SE, R-Line, SEL, and finally the SEL Premium which starts at $26,945. All feature mpg figures of 30/40 city/highway, with VW’s 1.4L turbocharged direct-injection TSI engine under the hood, putting out 147 hp. A six-speed manual transmission is standard while an eight-speed automatic is optional.

Buyers have nine paint colors to choose from… four of which are not some form of black, white, or gray/silver. Three cheers for offering a Sage Green! The interior also offers a couple of two-tone combinations in black/gray and a nice-looking black/dark beige.

Safety-wise, the Jetta offers many of what are fast-becoming everyday ho-hum features which only a few years ago might have seemed very Buck Rogerish — forward collision warning, autonomous emergency braking, lane assist, and adaptive cruise control, just to name a few.

All-in-all, the new Jetta seems like a very attractive option for those of us not yet sucked into crossover mania who can still appreciate an attractively-styled and priced traditional sedan.