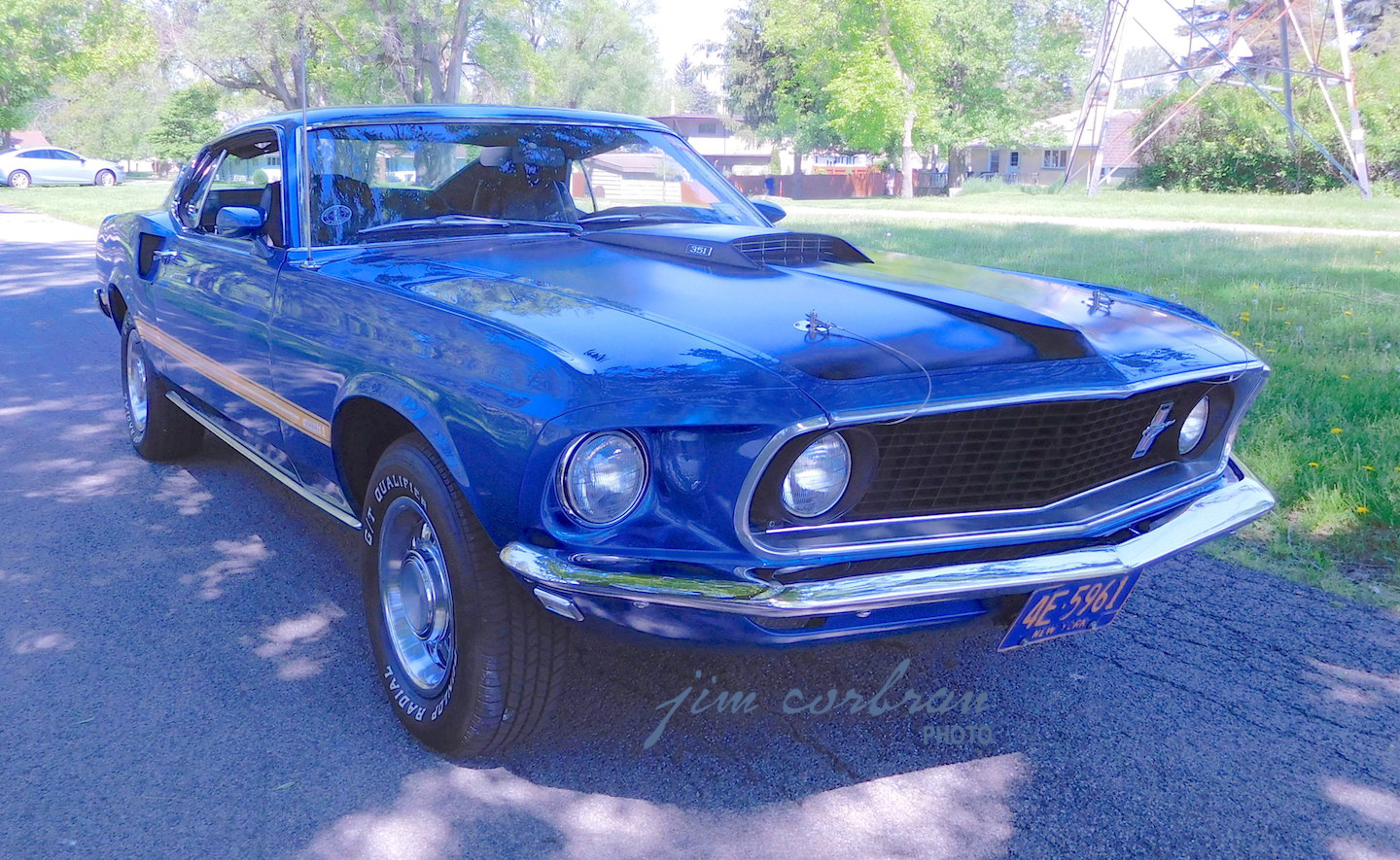 Okay, how many of you out there bought a new car in 1968 and still own it?

If anybody but North Tonawanda’s Jim Schiefer, Jr. has their hands raised, I’ll be mighty surprised.

A much-younger Schiefer bought this beautiful Acapulco Blue 1969 Ford Mustang Mach 1 Sportsroof over 49 years ago, probably never figuring he’d still be driving it in 2018. But here we are. Being a young guy, Schiefer was trying to keep the price down, and pretty much succeeded, finding a Mach 1 whose only extra-cost option was a pushbutton AM radio — at a whopping $61.40 (about $436 in today’s dollars!). With his extra-thrifty mother along to help with the bargaining, the Al Maroone Ford salesman caved and threw-in free undercoating and seat belt retractors. (Some of us of a certain age remember when early seat belts used to just flop around all over the place.)

With destination charges, the total sticker price was $3,232.10 (I like the way the price is right down to the cents. Some of today’s stickers also have two decimal places, but they’re all zeroes.) Even with only one extra-cost option, Schiefer’s Mach 1 is in no way a stripper. Under the hood is a 351 CID V-8, while on top of the hood is the iconic Mustang hood scoop. Chrome styled wheels, racing mirrors, handling suspension, woodgrain interior highlights, and a pop-open gas cap are some other features standard on the Mach 1 which were extra-cost (if available at all) on base Mustangs. Although the car came standard with whitewalls, Schiefer has long-since replaced them with the white letter tires like the ones you see here. Being a daily driver until the mid-1980s, the Mach 1 has also seen its share of snow tires, including the pair which didn’t help much during the Blizzard of ’77 when Schiefer had to abandon the car at the intersection of Youngs Road and Sheridan Drive.

Although this car looks pristine these days, over the years, the WNY rust bug bit the Mach 1 and bit it hard, prompting a full restoration which was begun in Schiefer’s home garage in 2007. Floors, rear quarter panels, fender aprons, and the driver’s door were all replaced. Inside, the interior is still intact except for new door cards, the dash pad, and rear sail panels. After a respray, new stripes were added — and they match the originals, right down to the missing “Mach 1” lettering on the spoiler stripe of this early-production car.

Being an almost optionless car, Schiefer’s Mach 1 is equipped with a floor-mounted three-speed transmission, and manual steering. Watching him crank the wheel as we backed out of his driveway reminded me of the days I was learning to drive my Dad’s three-on-the-tree Galaxie. It’s a workout! Schiefer told me that after he bought the car he replaced the steering wheel with a better-looking, and smaller, aftermarket unit. Needless to say, driving a car with both manual steering and a small steering wheel soon let him see the value of the larger, original one, and back in it went.

It was great taking a ride in this almost 50-year-old Mustang. The sounds, the view over that long hood (with its nifty turn-signal indicators built into the rear of the hood scoop), the AM radio and the prominently-featured clock (which still works) right in front of the passenger — it’s no wonder Jim Schiefer, Jr. decided to take the plunge and bring his old Mach 1 back to life.

Thanks, Jim, for introducing a member of your family to our readers.