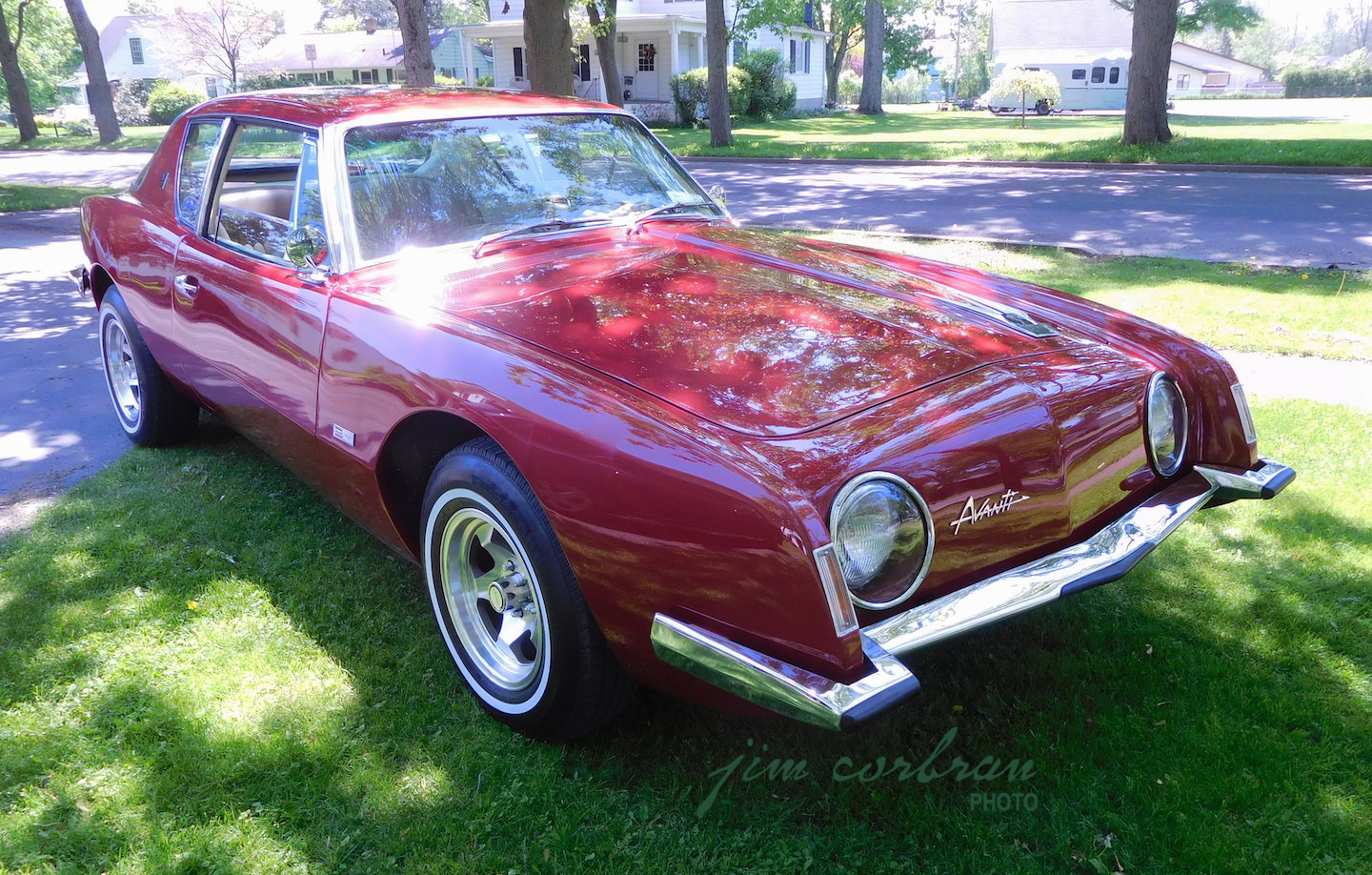 While visiting Lockport’s Don Kaufman and his 1963 Studebaker Avanti, he showed me a quotation in an old piece of literature which read “Once the Avanti bug bites, it bites hard!”

What it doesn’t mention is that sometimes it can be decades in between bites. Kaufman has had this one for about 10 years now. His first Avanti purchase, a 1964 model, was so long ago that he bought it at his local Studebaker dealer as a demo! If you’re not keeping track, Studebaker’s last cars were in model year 1966. The last real Avanti was the 1964 model; the first was the 1963. So you see, Studebaker’s Avanti is a rare car indeed — with only 3,834 produced for 1963 and 809 for 1964, no, you won’t see one at every car show!

You might, though, see an Avanti II every now and then. After Studebaker closed its South Bend, Indiana plant in late 1963, the Avanti went out of production. Tooling was bought by two South Bend Studebaker dealers who formed the Avanti Motor Corporation and continued to produce cars. The company and the Avanti II, with a procession of ownerships, soldiered on into the 21st century before finally ending (at least, for now) in 2007.

But, getting back to the original Studebaker car. One sure way to tell the difference between a 1963 and a 1964 model is to look at the headlights. The ’63 model had round headlights inside a round bezel, while the ‘64s changed to a square bezel, a minor change which really gave the car a different look. IMO, the 1963 model was the best-looking of the lot, including the Avanti II,

Kaufman’s Avanti is a R1 model, that is, it has Studebaker’s 289 V-8 under that long fiberglass hood, but does not have the Paxton supercharger that the R2 came with. The R2 models added another 50 hp to the standard engine’s 240 hp. Also standard on all Avantis were power front disc brakes (pretty unheard of in 1963 on an American car); a completely upholstered roll bar which surrounded the passenger compartment behind the front seats, from the frame, up over the roof, and back down again; a three-speed floor-mounted manual transmission; and a unique lighted vanity tray which slid out from the opened glove compartment (Studebaker preferred the term “glove locker” Lol).

So with so few 1963 Avantis made, where does one go when one is interested in buying? Kaufman found himself on eBay late one evening, just “looking around,” when his wife entered the room, saw what he was up to, and encouraged him to make a bid. The car, it turns out, was originally sold new by a dealer in Englewood, California. Kaufman bought it from a family in Ohio who had owned it for 35 years.

Sitting in this beautiful car is nothing like sitting in anything they make nowadays. Obviously, the seatbacks are very short with no headrests, which just seems so odd these days. The fully instrumented dash was designed with an airplane cockpit in mind, and the back parcel shelf has a door which opens into the trunk. And yes, 55 years later the air conditioner still blows cold air!

The MSRP of a 1963 Avanti was a hefty $4,445. America’s other fiberglass-bodied coupe, the Corvette, had a starting price of $4,252 — and of course, no back seat! A quick check on the internet shows a couple of ’63 Avantis with asking prices of $29-$33k; Avanti IIs are considerably less expensive — as well they should be.

I can’t imagine the Avanti II bug is quite as potent, if it bites at all. For my money, an original Studebaker Avanti like Don Kaufman’s is definitely the way to go. I just hope you like crowds, because you’ll draw one whenever you park it.