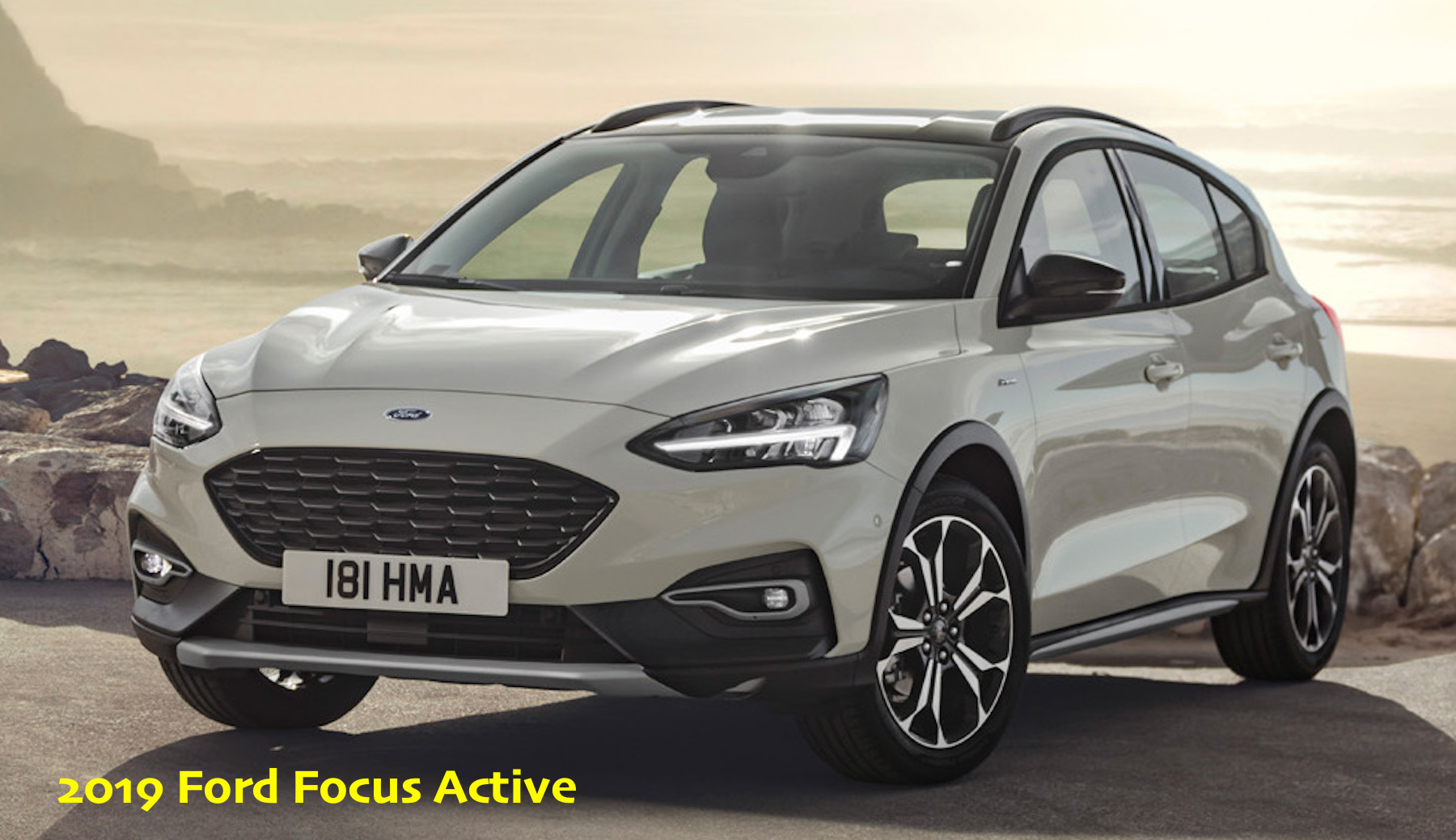 It’s much too soon to say “I told you so,” but when the day comes that Ford regrets giving up on the sedan market, I’ll be the guy in the background uttering those four words.

In a recent announcement, the Dearborn, Michigan-based manufacturer told the automotive world that the only actual cars it plans on keeping in its lineup are the Mustang, and the soon-to-be-introduced Ford Focus Active — which when you come right down to it is more like a crossover (top of page).

Although these days it might be hard to tell by looking in the mall parking lot that any manufacturer is still selling sedans at all, Ford still offers a complete lineup of the venerable body style: sub-compact Fiesta, compact Focus, mid-sized Fusion, and (somewhat) full-sized Taurus. There are certainly a lot of Fusions on the road, just not enough, I guess, to satisfy the bean counters. In our part of town it seems there’s an army of white Fiesta hatchbacks delivering car parts and prescriptions — apparently those markets aren’t big enough to warrant continuing sales here in North America (Fiestas and Focuses will still be available in other markets). The Taurus, it seems from observation, is sold mainly to police agencies — although that avenue too is drying up and being replaced by the Explorer SUV.

The thing that perplexes me most about this is the fact that cars are the vehicles that help bring down government-mandated corporate fuel economy averages, or CAFÉ. Even with the current trend in Washington to eliminate many of these regulations, it seems insane to just abandon the small car market for the higher priced (and higher profit-making) pickup/SUV/crossover markets. Experience should be a guide here. It takes only one regime change in an oil-exporting country to drive worldwide prices through the roof. Just imagine the yelling and screaming once gas reaches five dollars per gallon. It’s not likely that many of us will be driving electric vehicles when that happens, given the molasses-in-January pace that the switch to electrics seems to be on. The used car market will be a huge money-maker at that point.

The Fiesta’s history goes back much farther, beginning outside North America in 1976. It was briefly sold here from 1978-80, but it wasn’t until the Fiesta’s sixth-generation came along for 2011 that we saw the little Ford return to our shores.

The Fusion has a much shorter timeline, being introduced in a four-door sedan version only, for model year 2006. Over the years Mercury and Lincoln versions were also offered.

Ford’s Taurus broke styling ground when introduced for 1986. In an age of boxy, edgy styling, the Taurus (and its stablemate the Mercury Sable) were veritable jelly beans, and introduced a new wave of rounded-off styling throughout the industry. The Taurus nameplate disappeared after the 2004 model year, replaced by the new Five Hundred. In an attempt to boost sales, the Five Hundred name was dropped after model year 2007, replaced by the Taurus nameplate.

And that’s where we are today. What would Henry think?