2018 HONDA ACCORD: NEW FROM THE GROUND UP 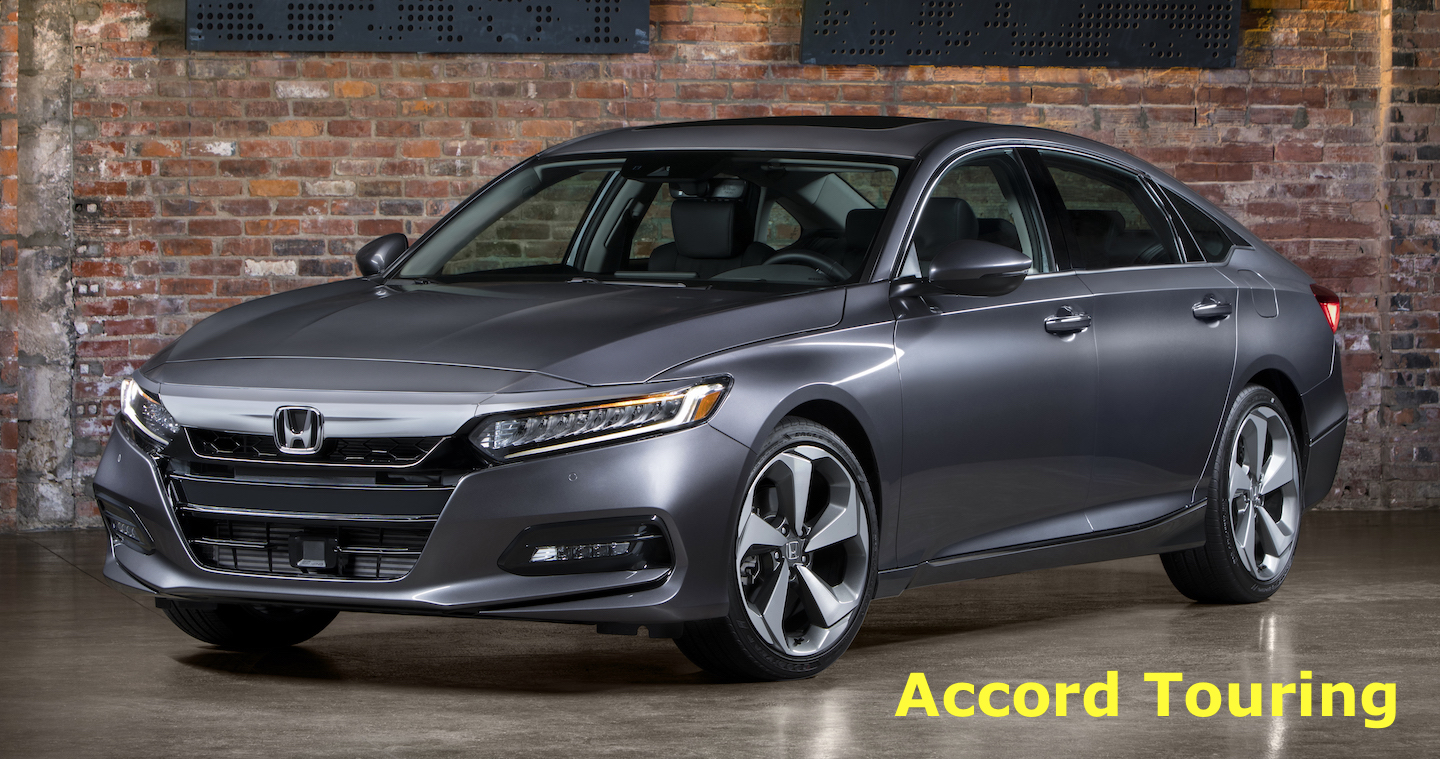 2018 HONDA ACCORD: NEW FROM THE GROUND UP

… V-6 engines get deep-sixed in makeover

While some manufacturers seem to still be in an engine-horsepower race (yes, we’re looking at you Dodge, with your 840-hp Challenger SRT Demon), others have taken a more modern approach to performance. Honda’s newly-announced 2018 Accord will have nothing but four-cyclinder engines under the hood. We’re not talking four-cylinder engines like Chevy’s 153-cu. in. (2.5L in today’s parlance) inline four, which “powered” some of its Chevy II compacts back in the 1960s. Its 90 hp moved them like a slug in January. Not even close. There’s enough confidence in Honda’s new four-bangers that sixes won’t even be offered as an option. There are two new fours: a 1.5L, 16-valve DOHC direct-injected turbo which produces 192 hp and is connected to a continuously variable transmission (CVT) or, depending on trim, a six-speed manual. Also available will be a 2.0L , 16-valve DOHC direct-injected turbo with i-VTEC (a more efficient valve-operating system too complicated to go into in this short space), which will be paired with either a ten-speed automatic or the six-speed manual. The 2,0L will produce 252 hp.

The transmissions are new, the engines are new, and much of the technology itself in the drivetrain is new. Even the chassis design has been changed to improve handling, ride quality, and cabin noise. So too, much of what meets the eye, both inside and outside the car, has been given the once-over…

This is the tenth-generation Accord (the first gen was the 1976 model) and Honda tells us the new car’s designers decided on a sporting and athletic appearance, like a sprinter in the blocks. I’m not sure I see that, but I can detect a lower, wider look. A shorter overall length combined with a longer wheelbase also gives the car a much different stance than the previous model.

Inside, seats have been moved slightly inward to provide more hip, shoulder, and head room; and the longer wheelbase has allowed the rear seats to be moved back, providing almost two inches more rear leg room. On the dash is what may be one of the new Accord’s worst-looking features: an eight-inch display audio touchscreen with (thank you!) actual knobs for volume and tuning. But the screen itself looks like the designers forgot all about the audio system and glued a tablet to the dashboard last minute. I can’t believe that someone: a.) designed it this way; or that b.) someone higher-up okayed it. Ugh. All of the Accords will be produced in Honda’s Marysville, Ohio plant, including the Hybrid, which has been imported from Japan for the past two years. The 1.5 and 2.0 engines and CVT transmission will also be produced in different Ohio plants, while the ten-speed automatic will be put together in Georgia.

The 2018 Accords will be available starting this fall.

The post “2018 HONDA ACCORD: NEW FROM THE GROUND UP
… V-6 engines get deep-sixed in makeover.”
first appeared on Buffalo Cars