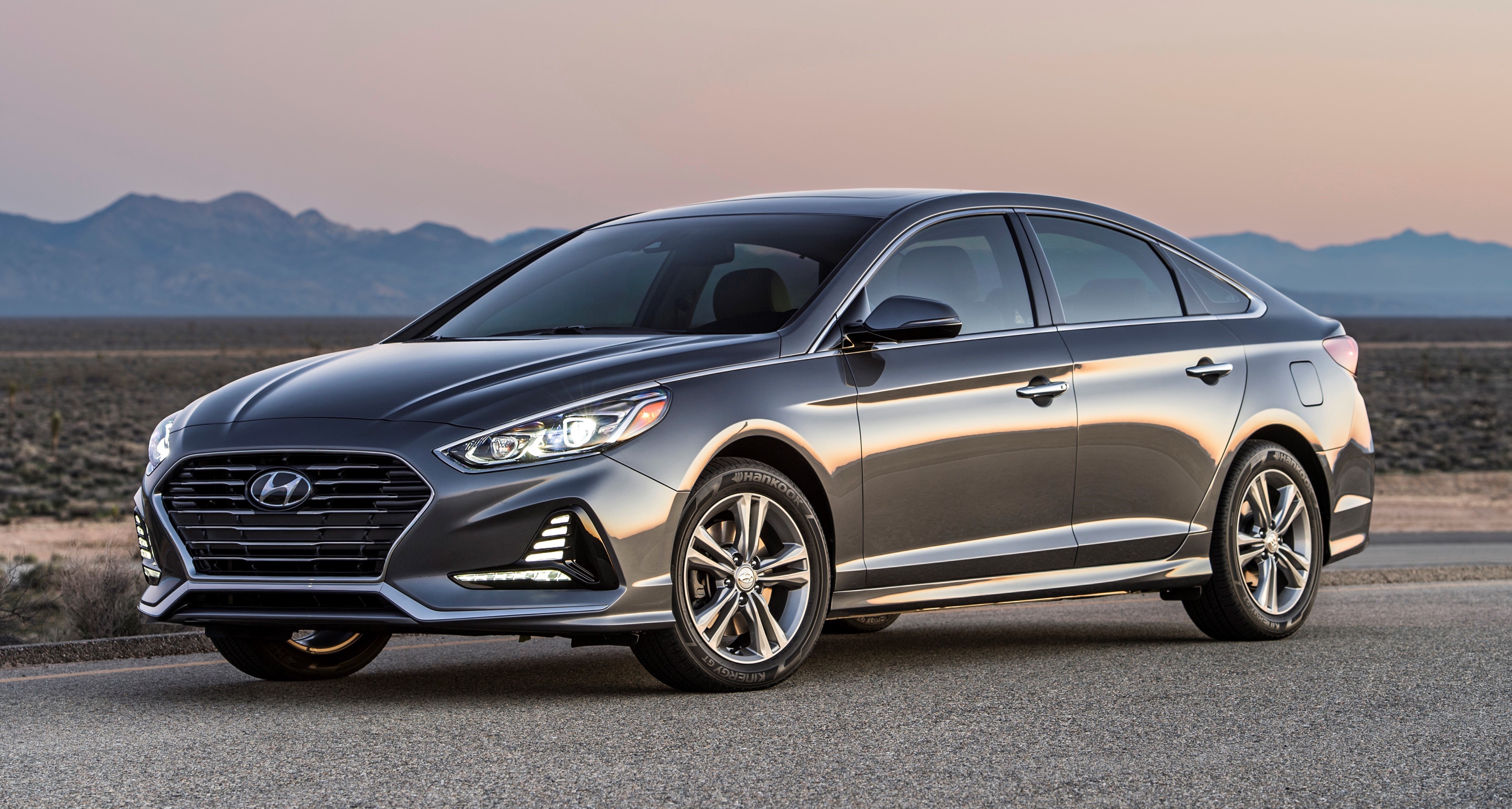 A couple of weekends back we had the occasion to rent a car (long story; don’t ask!) while visiting some friends in Michigan, and I was a little disappointed when the guy on the phone offered us a Chevy Cruze. Not that I have anything against the Cruze; it’s a fine little car, but my son drives one, and if I’m going to rent a car I want something I’m not so familiar with. I ended up being pleasantly surprised upon arrival at the car rental office in Sterling Heights, when the clerk told us we were being upgraded a class and were getting a Hyundai Sonata. It had been few years since I’d driven a Sonata, and I looked forward to some time behind the wheel. Our rental was a 2017 model (I jokingly said to my wife that we should ask if they’d take our car as a trade so we could drive the Sonata back home — then I realized that, yes, they probably would have!). A few months back Hyundai introduced the new 2018 Sonata, so this seems like as good a time as any to take a look.

A very unscientific poll (by me, mostly through casual observation) shows that there are a lot of Sonatas (and Toyota Camrys and Honda Accords) which are being driven by people who, years ago would never have bought one of those “ferrin’ cars,” and were driven by habit (and genetics) to buy GM, Ford, or Chrysler family sedans. It probably helps a little that the Sonata (and the Camry and Accord) are now built in America by, one would presume, mostly Americans. What has also helped put them in many American garages is the quality factor. While the North American-bred automobile business was struggling through its malaise era, Japanese and Korean automakers were adding features and tightening their quality control.

Hyundai made the bold move years ago of offering a 10-year/100,000-mile warranty which proved to be a game changer, bringing a lot of tire kickers into their showrooms, many of whom left in a new Hyundai.

The 2018 Sonata has been given a total restyle, created in Hyundai’s California-based design studio. Lighting is big nowadays, and the Sonata doesn’t disappoint, as its available LED headlamps with dynamic bending light illuminate its path, while new taillights (which remind me of a Buick) shine out back.

A refined chassis is said to improve ride and handling, while all engines are four-cylinder: standard on the base SE, SEL, Sport, and Limited is a 2.4L, 185-hp unit connected to a six-speed automatic; the Sonata Eco has a 1.6L, 178-hp turbo mated to a seven-speed dual-clutch transmission; and the Sport 2.0 and Limited 2.0 come with a 2.0L turbo (245 hp) and an eight-speed automatic. A slew of safety equipment is either standard or available. Starting MSRPs range from $22,050 for the SE to $32,450 for the Limited 2.0 model. Read more info (and build your own) here: hyundaiusa.com

I have no brand loyalty these days (probably since the mid-1980s) and I could see myself happily parking one of these things in my all-American driveway. If you’re shopping for a mid-sized sedan, you owe the Sonata a look.