DEEP IN THE HEART OF… TORINO??! 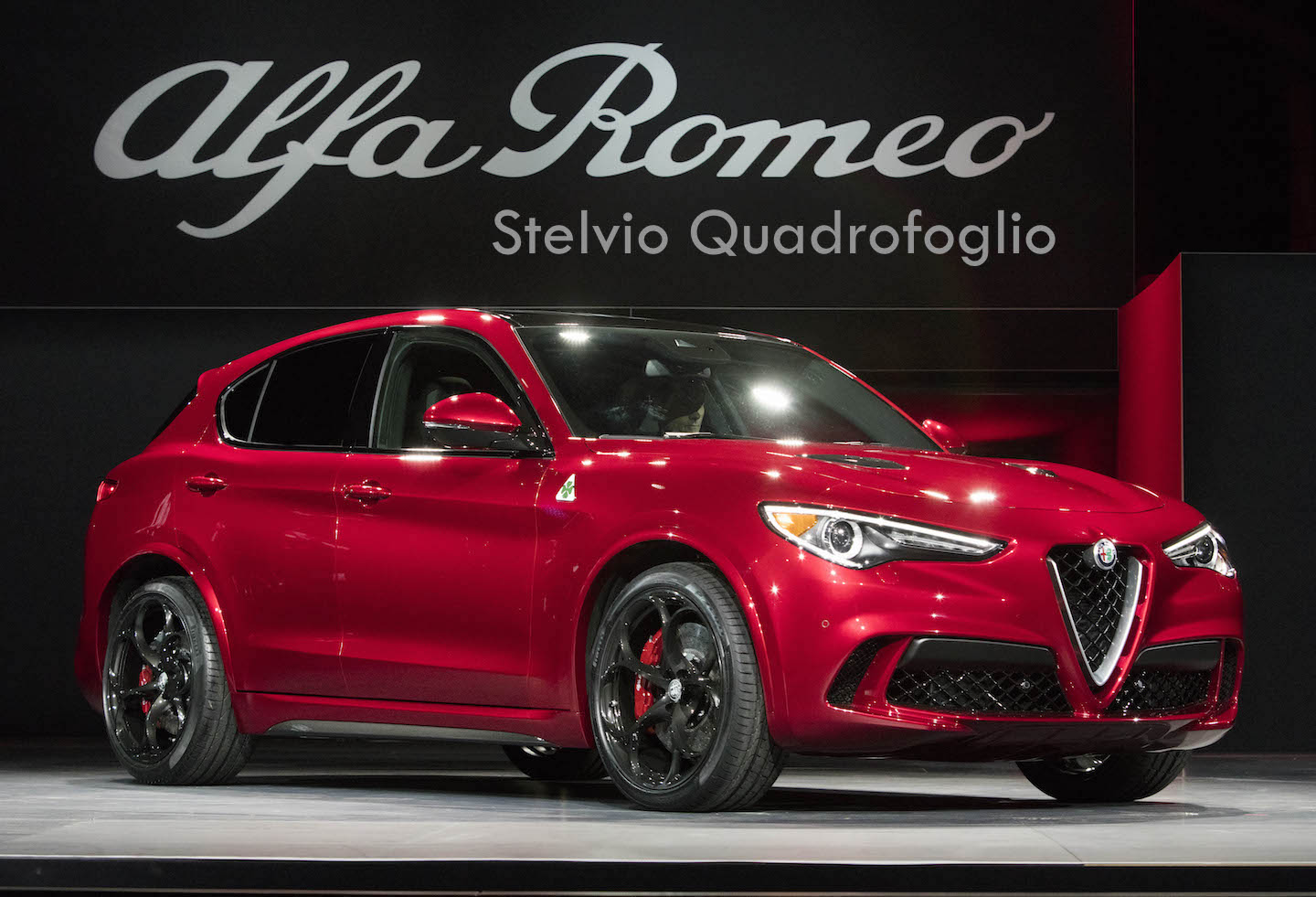 When the email showed up the other day from FCA (Fiat Chrysler Automobiles) announcing that the newest vehicle from Turin, Italy-based Alfa Romeo had just been crowned Crossover of Texas and Luxury Crossover of Texas, it sent me scrambling. What the heck is going on down there, in what is arguably the nation’s Big Huge Pickup and SUV Capitol?

Turns out the trophies were bestowed upon the Alfa Romeo Stelvio by the Texas Auto Writers Association, whose awards in the past went to the likes of Ford’s F-150 King Ranch 4x4 SuperCrew and (the-formerly-known-as-Dodge) Ram 2500 Longhorn — among other, more seemingly likely candidates. (FYI, the 2018 Truck of Texas is the Ford F-150, so yes, the world is still spinning on its regular axis.) Perhaps the Texas scribes are on some kind of pasta-carb high, as earlier this year they awarded their “coveted” (their description, not mine) Car of Texas Trophy (who knew there even was such a thing?) to the Alfa Romeo Giulia Quadrofoglio.

At any rate, I decided to take a closer look at the Stelvio, to try to figure out just what y’all are talking about down there.

The Stelvio is Alfa’s first venture into a very crowded market (if you can’t beat ‘em, join ‘em!), with a very Alfa-looking entry aimed at what FCA describes at the premium mid-size SUV segment. It’s also the brand’s “…second of a new generation of vehicles embodying Alfa Romeo’s La meccanica delle emonzioni (the mechanics of emotion) spirit…” (the Giulia being the first). Car and Driver recently drove the Stelvio and were quite impressed with its road manners. A big part of that comes from its powertrain — a 2.0L, 280-hp direct-injection intercooled turbo engine connected to an eight-speed automatic transmission. An almost perfect 50/50 front/rear weight balance doesn’t hurt, nor do its its double wishbone front suspension and patented Alfa Link™ rear suspension. All four wheels are propelled by Alfa’s Q4 all-wheel-drive system, which has the ability to transfer up to 60 percent of the engine’s torque to the front wheels.

Other goodies on every new Stelvio include: leather interior, remote start with passive entry, bi-xenon headlamps, dual exhaust, a carbon fiber driveshaft, and something which Alfa describes as a “flat-bottom Formula-One inspired steering wheel” (one might argue that it is also “VW-inspired,” Lol…). Whichever you may choose, it should provide some comfort knowing you’re in sync with those Texas Auto Writers. Y’all.

Read up more and build your own Stelvio at alfaromeousa.com.

The post “DEEP IN THE HEART OF… TORINO??! —
The 2018 Alfa Romeo Stelvio”
first appeared on buffalocars