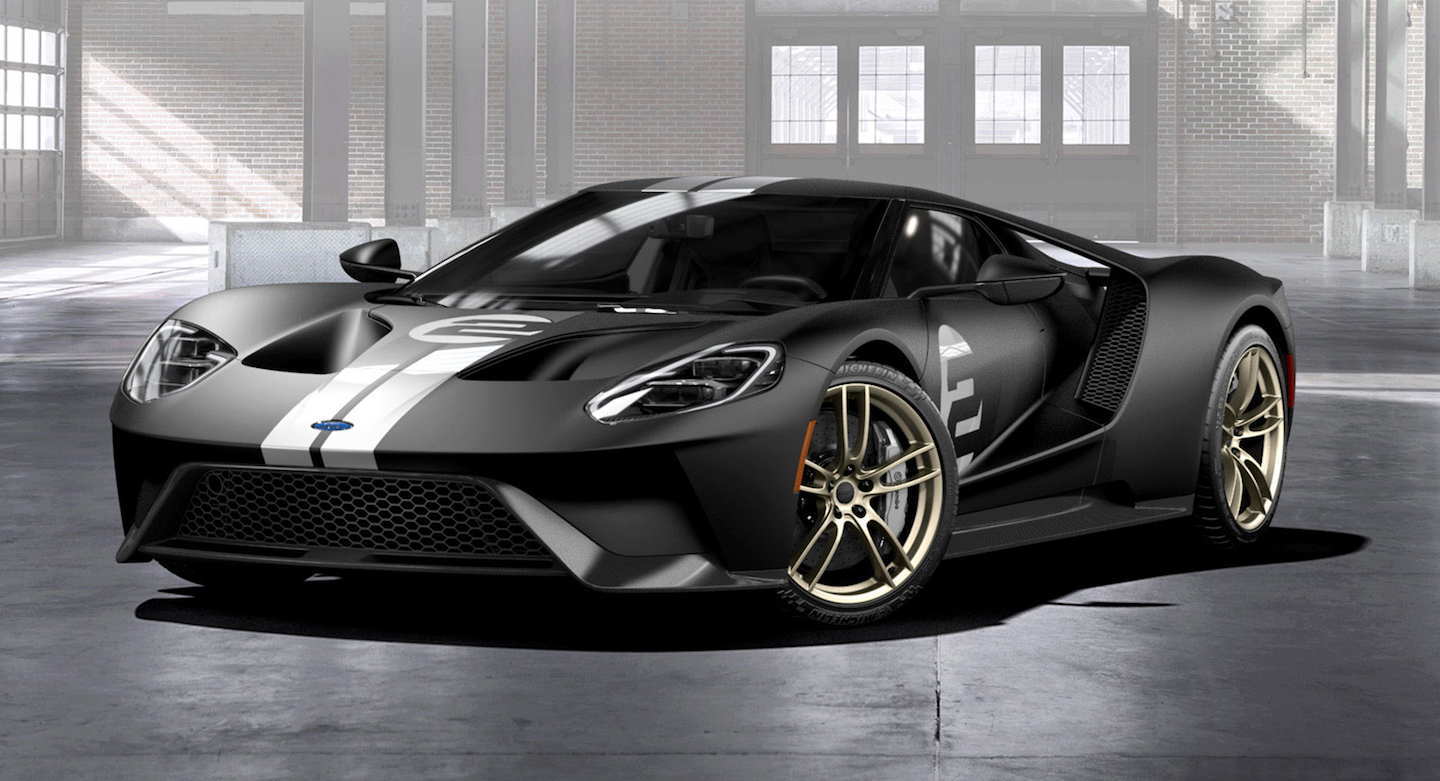 RAREST OF THE RARE —

Depending on what kind of a crowd you hang out with, it’s probably safe to say that most of you (me included) aren’t likely to have a chance to come across a new Ford GT in the flesh.

And not only can you see one of just 250 Ford GTs that will be sold world-wide for model year 2017, this is also one of only 14 to be festooned in the livery of the ‘66 Heritage Edition. It is owned by a couple from Clarence, and is on loan to the Buffalo Transportation Pierce-Arrow Museum through Saturday, December 23, sponsored by West-Herr Ford. The Ford GT ’66 Heritage Edition, as the name suggests, features the paint scheme and striping of the Ford GT40 Mk. II which was driven to victory by Bruce McLaren and Chris Amon in the 1966 24 Heures du Mans — better known on this side of the pond as the 24 Hours of LeMans, an endurance race held annually since 1923 in the town of LeMans, located in northwest France.

Ford finished 1-2-3 in 1966, their first win ever at LeMans, and also the first-ever win for an American car company. It’s no wonder Ford decided to commemorate the event. This limited-edition car comes in Shadow Black, in either a matte or gloss finish, with exposed carbon fiber panels. Silver stripes will go over the top, fore to aft, with #2 hood and door graphics in Frozen White. Filling the fenders are 20-inch one-piece forged aluminum wheels in gold satin clearcoat with black lug nuts.

The interior features carbon fiber seats wrapped in Ebony leather, with pillowed inserts and plow-through stitching; head restraints and steering wheel are debossed with the Ford GT logo; and there are gold appliqués on the instrument panel, the seats’ x-brace, and the shift paddles. And like the legendary 1966 GT40 Mk. II, the seat belts feature blue webbing. Power for all new Ford GTs comes from a 3.5L EcoBoost V6. If you’re thinking “Hmm… my F-150 has a 3.5L EcoBoost,” you may well be correct, but I doubt if yours has the same 647 horsepower rating as the one in the Ford GT. And this one is mounted behind the seats for an optimum front-to-back weight ratio. The engine is connected to a 7-speed dual clutch automated manual transmission with paddle controls.

Other driving aids include independent front and rear suspensions with adjustable damping and a push-button-activated front lift system; five selectable drive modes with two variable height settings; active aerodynamics with deployable rear wing & air brake… we could go on and on here, but suffice to say you’re getting plenty of bang for your buck. How many bucks need to get banged-out for a new Ford GT? The non-’66 Heritage Edition has an MSRP of roughly $450,000. Assume the Heritage is a bit more.

If you’ve never been to the museum, this would be a perfect time to check it out. As we mentioned up top, the Ford GT will be there through December 23. You can also see the 1933 Pierce-Arrow Silver Arrow — one of only five made and one of three still is existence, which will be on display for a while yet.