The 2017 KIA CADENZA: LUXURY FROM AN UNEXPECTED PLACE? 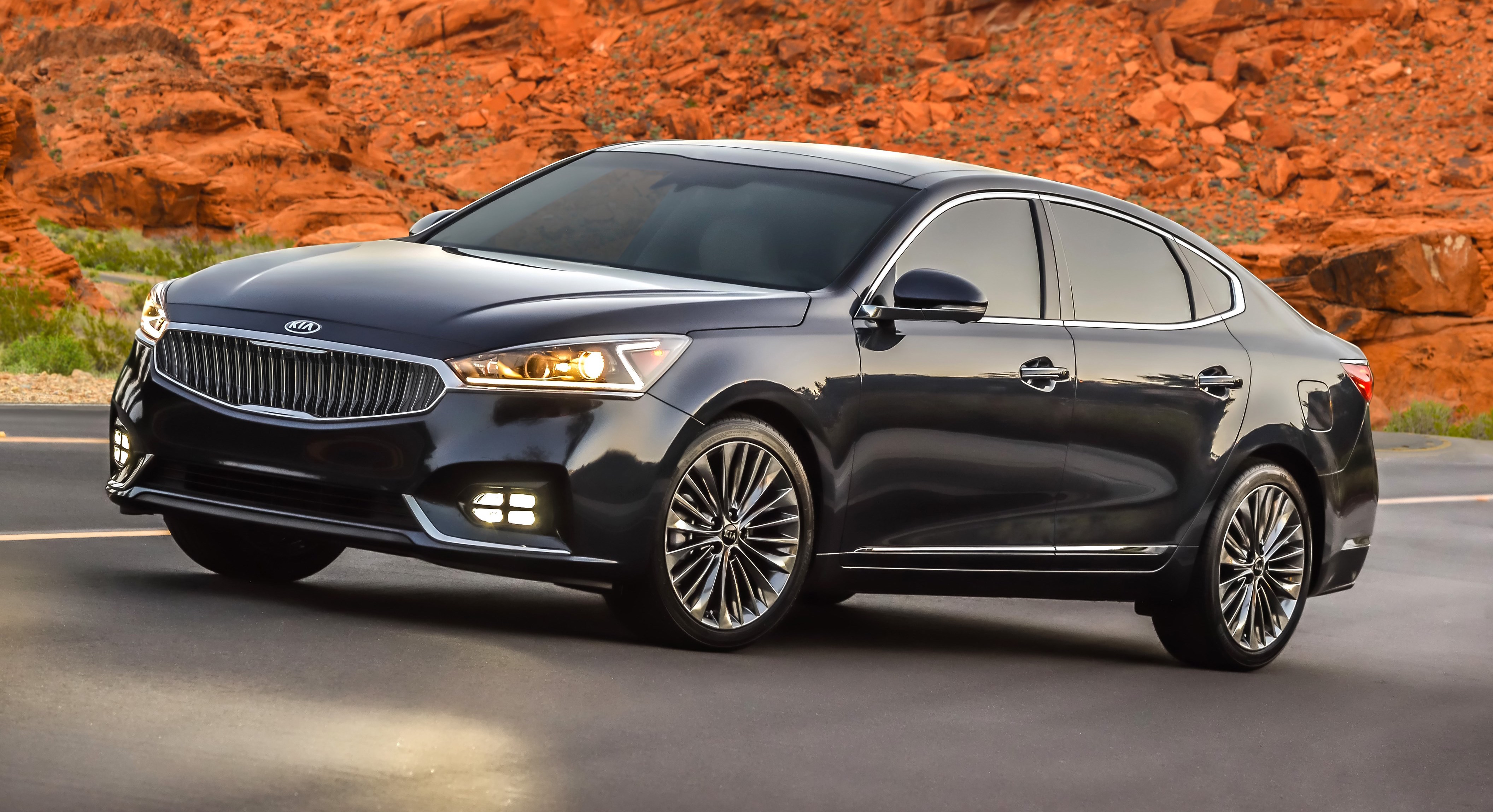 The 2017 KIA CADENZA:
LUXURY FROM AN UNEXPECTED PLACE?


South Korea’s Kia had its first foray into the North American automotive market building the tiny Festiva for Ford back in the 1980s. That little thing is a far cry from Kia’s flagship Cadenza sedan, whose revamped second-generation model was unveiled last spring at the New York International Auto Show.

On sale now, the new Cadenza has a distinctive luxury car look, beginning with its unique concave grille at the front, through what Kia refers to as “…a single gestural contour that spans the length of the car” down the sides, and back to the Z-shaped lighting signature in the LED taillights. The car has a very strong presence — a sense of luxury which should make it feel right at home in the front row of any swanky valet parking lot. The interior’s not too shabby either, especially the Nappa leather with quilted seat bolsters (in the Limited only) which looks very inviting. I wouldn’t mind seeing a little more color in there though. Kia has added a dark brown for 2017; but the other three colors on offer — black, beige, and (surprisingly) white are still kind of, meh.

Under the hood of the new Cadenza is a 3.3L, 290 hp V6, which Kia tells us has been retuned for improved fuel economy (EPA estimates are 20/28 city/highway). And as you can well imagine, the transmission is an automatic — Kia’s first FWD-based eight-speed.

Safety and convenience are not forgotten. ABS, electronic stability control, and traction control (among other things) are standard on every Cadenza. Also offered are blind-spot detection, rear-cross traffic alert, forward collision warning, and advanced smart cruise control systems (again, among others). I decided to go online and build my own car. Choosing the confusingly-named Cadenza Premium (which is the base model, followed upwards by the Technology and the Limited) with a starting MSRP of $31,990, I was greatly surprised to find only five available exterior color choices (white, silver, blue, graphite, and black). Moving up to one of the other two models only yields one more color — a dark brown. There’s not a lot to add to your Cadenza Premium (they are pretty well equipped right out of the box, so to speak), but I was given the chance to check-off the Luxury Package ($3,000), or the Panoramic Sunroof Package ($1,000) which also requires the above Luxury Package. I passed on both, which left me adding only the $900 destination charge. Still a lot of car for $32,980 plus tax & tags.


More info (or build your own): Go to kia.com

The post “THE 2017 KIA CADENZA: LUXURY FROM AN UNEXPECTED PLACE?”
first appeared on Buffalo Cars