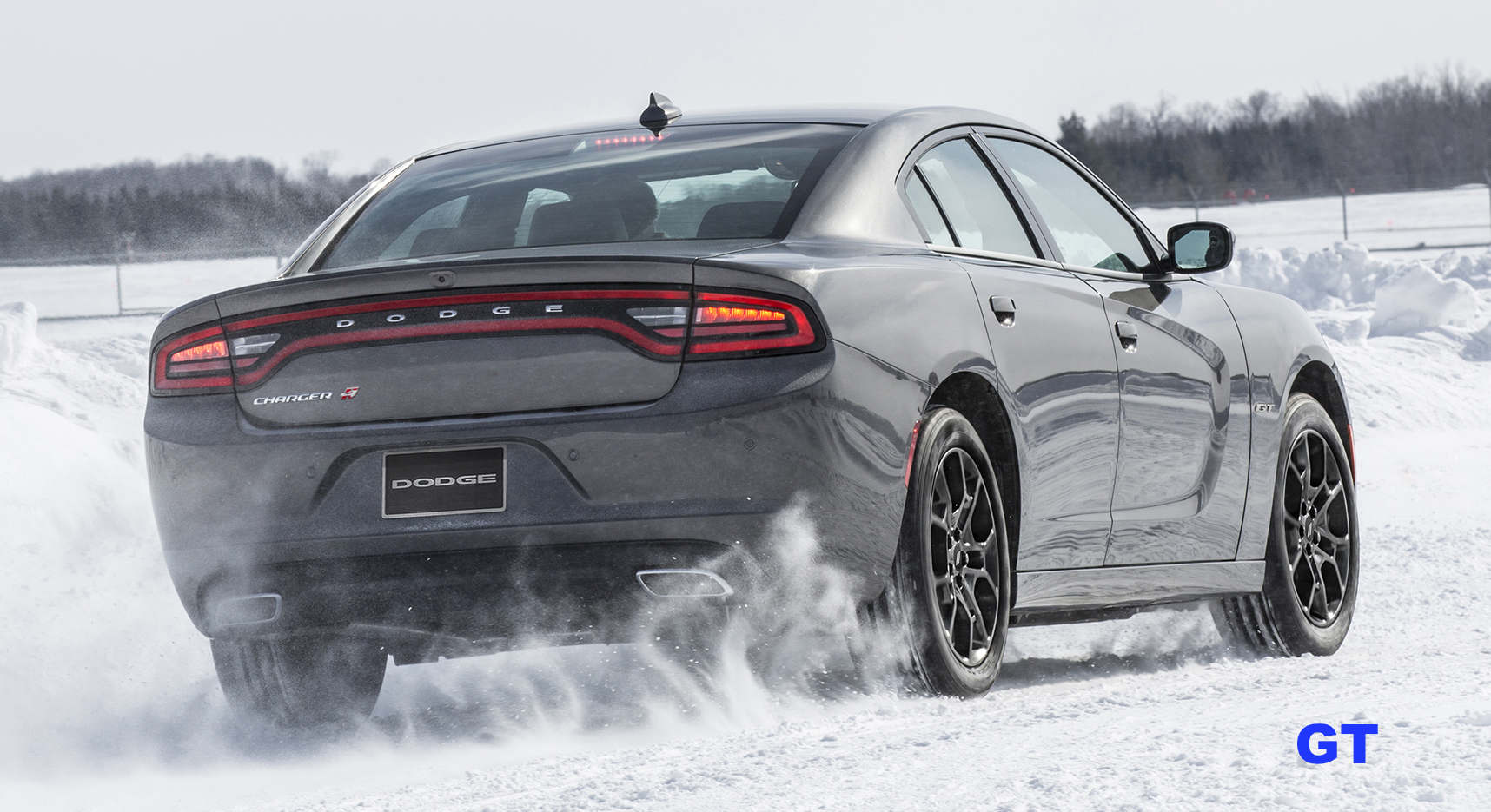 Although it seems like everyone is driving an SUV, crossover, or pickup these days, you can still buy a red-blooded American four-door family sedan. And as we take a look at this week’s subject, the 2018 Dodge Charger, we see that it’s a horse of many colors. Literally. (The many colors part, not the horse part.)

But first let’s address the elephant in the room. The car’s name. When Dodge introduced the first Charger back in model year 1966, it was a swoopy-looking two-door fastback based on the mid-sized Coronet. As time went on, and as larger and larger engines were dropped in between the front wheels, the Charger became a familiar sight on both the dragstrip and the NASCAR racing circuit.

As times, and tastes, changed, the Charger morphed first into Dodge’s version of the insanely popular Chrysler Cordoba, before finally bowing out at the end of model year 1987 as a yet another compact based on Chrysler’s front-wheel-drive K-car platform.

The Charger moniker was brought back for 2006 as a mid-sized, rear-wheel-drive four-door sedan, the newest version of which was introduced for 2011. For model year 2018 it can be bought as anything starting with the Clark Kent-ish Charger SE with a V6 and a rather anonymous-looking exterior, to the Superman-like Charger R/T Scat Pack. Somewhere in the mix is the Charger Pursuit, a police vehicle which is available in V6, and V8 & V8 AWD versions. We went online to dodge.com to build a couple of Chargers and see just what’s available for the average slow-pokey American family, as well as those who might occasionally find themselves in a bit more of a hurry.

On the bottom rung of the ladder is the Charger SE, a rear-wheel drive V6 (3.6L) model with Chrysler’s eight-speed TorqueFlite automatic transmission and a starting MSRP of $27,995. (SE and SXT models are also available with extra-cost all-wheel-drive). Surprisingly, it’s available in 13 different colors, some of which are not black, white, or silver/gray! I added the nifty Black Top appearance group for $1,295 (which includes, among other things, black wheels, grille, spoiler, and a sport suspension). Unfortunately the only interior choice here is a very monochromatic black. Moving up to a pricier model will give you a bit more (but not much) of an interior color range. This priced out (minus delivery & taxes) at a very reasonable (these days) $27,995. At the other end of the spectrum is the SRT Hellcat, with a starting MSRP of $68,740. This’ll get you a 6.4L supercharged V8 under the hood, which is advertised as having an output of 707 hp. Not surprisingly, the Hellcat is saddled with a government-imposed gas-guzzler tax, in this case amounting to an extra $1,700 (included in the MSRP). At least there were a few no-extra-cost interior color options available.

There are still a few other good old American sedans available out there (for now), but we chose the Charger because of its many iterations. Even if you’re not interested in buying, perhaps you’ll get a ride in one some day soon.

In the back seat. With flashing lights and sirens.

Stay safe out there!