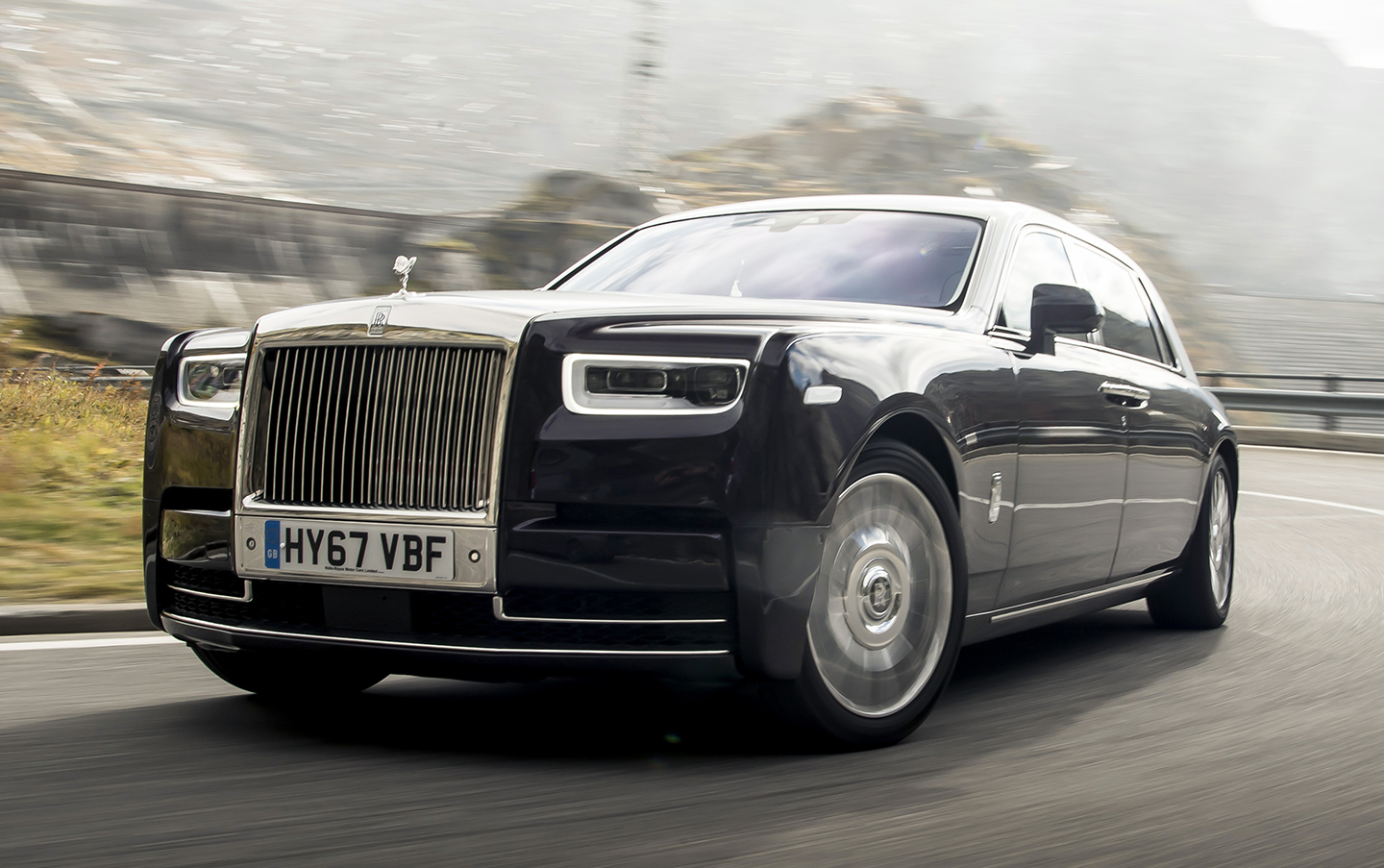 Some day you’re gonna be out in the backyard shootin’ at some food, when up through the ground’ll come a bubblin’ crude. The next thing you’ll want to do, after talking to Mr. Drysdale of course, is buy yourself a new car.

So with that in mind, this week we look at the latest offering from the Goodwood Estate — Rolls-Royce’s Phantom. But first, a word about the Goodwood Estate. The Goodwood Estate? Isn’t Crewe, in Cheshire, Rolls-Royce’s hallowed home? Well, Crewe had been home to the factory which built Rolls-Royce (and Bentley) automobiles from 1946 to 2003, when a very complicated deal between BMW and Volkswagen — who, between the two of them ended up with the rights to build the vehicles and/or the rights to their names. Yes, too complicated for this short of a space. Just know that Volkswagen ended up with Bentley and BMW with Rolls-Royce, who in 2003 moved into a new factory on the Goodwood Estate, across from the famous Goodwood Circuit race track in West Sussex, about 50 miles southwest of London.

Now, back to your new ride.

The Phantom was introduced to America this past summer during Monterey Car Week at the 2017 Pebble Beach Concours d’Elegance. (What, you thought it would debut at the Toledo Auto Show? Lol…). The Phantom has a very long pedigree, with the first one going on sale in 1925; subsequent iterations (Phantoms II through VII) came and went through to 2016. Back in 1925 the Phantom was called “The Best Car in the World” by, as Rolls-Royce tells us, the cognoscenti. That’s some moniker to live up to.

Fast forward to the present day, and the new Roman numeral-free Phantom, which Rolls-Royce describes on their web page as “Unmatched. Unrivalled. One of One.” They’re certainly not shy in West Sussex. Here are just a few of the niceties that your Phantom may be commissioned with (no, you don’t just “order” a Rolls-Royce): the Launch Package - which includes 22” polished wheels, something called immersive seating with an occasional third seat, picnic tables, Starlight headliner… and more. You can order a contrasting Coachline for the exterior (a.k.a. — a really wide stripe!). You can custom build the interior, while choosing from a wide array of monotone and two-tone exterior paint schemes. (See the Dark Emerald and Cherry Red example below which I built while on R-R’s webpage.) Rolls-Royce tells us that it’s 6.75L twin-turbocharged V12 engine and 8-speed ZF gearbox propel the new Phantom along the highway at approximately a ten percent quieter noise level than its predecessor. Of course, I wasn’t able to personally verify their claim, as for some reason the nearest dealer in the U.S. is in the Cleveland area. (There’s also a dealer in Toronto.)
— BTW, this week’s headline quote is via c|net.com’s Drew Stearne. While R-R doesn’t divulge its pricing structure on their web page, some media outlets are estimating an MSRP starting at over $450,000 in the U.S.

As they say in the car ads: Just add tax & tags!

Read up more and build your own Phantom at rolls-roycemotorcars.com