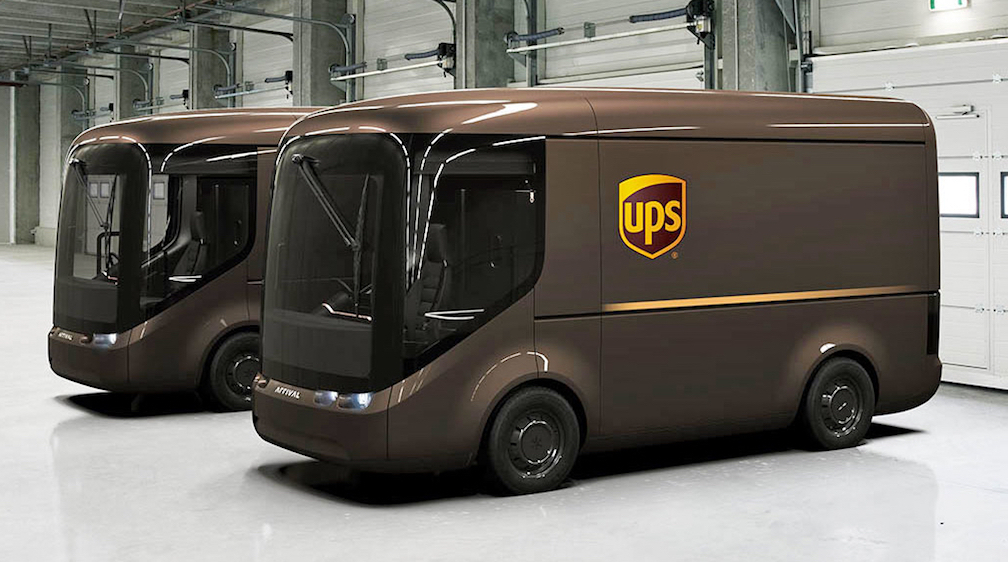 Years ago — nay, decades — when the new Dodge Ram pickup was introduced, competitors tried shaming the public out of buying them, calling their somewhat controversial styling ugly. As they say, there’s no accounting for taste.

But I think we’ll all admit that most delivery trucks on the road today aren’t so much designed as they are slapped together for efficiency’s sake. Boxes on wheels. Getting the most usable interior storage space.

Now, along comes the British technology company ARRIVAL, who have taken it upon themselves to design and market a new kind of delivery truck, the Smart Electric Van, which ARRIVAL tells us is “…a van made the way vans should be – smart and electric.”

“The future is here,” continues ARRIVAL, “we believe that everyone benefits from a world without petrol and diesel.” I imagine that big oil companies and their stockholders might have an issue with that last statement, but it’s hard for most of the rest of us to argue. Ask anyone who’s ever sat next to an idling delivery truck how they feel about it.

ARRIVAL has not only designed what many news outlets are calling a cute delivery van (engadget.com called them “straight out of a Pixar movie”), they’ve also designed all of its inner workings in-house. From scratch. This includes the motors, power electronics, battery systems, user interfaces, and software.

And to put all of this to the test, ARRIVAL is supplying UPS with a fleet of 35 of the lightweight vehicles to be used in regular service in London and Paris. These EVs won’t be the first electric vehicles for the world-wide delivery company, as they already have more than 300 electric vehicles in use in Europe and the U.S., while also deploying over 700 hybrid electrics. The ARRIVAL vans will have a range of 150 miles on a single charge, which exceeds any of the dark brown electric vehicles currently in use by the iconic delivery company. In addition to the UPS units, Britain’s Royal Mail will be utilizing nine EVs in their fleet, in three different designs and sizes.

The ARRIVAL EV looks very aerodynamic, but was also designed with safety in mind, with a large wraparound windshield to aid drivers’ outward visibility. In London, Heavy Goods Vehicles account for 20 percent of pedestrian fatalities and over 70 percent of cyclist fatalities, despite making up only four percent of the road-traveled miles within the city. Also included in the package is an Advanced Driver Assistance System which will aim to cut down on driver fatigue.

Pricing is said to be around the same as a diesel-powered delivery van, which is a huge plus.

Thus far, sigh, there are no plans as yet to bring the ARRIVAL EV to the U.S.