GETTING SMALL IS BIG BUSINESS... 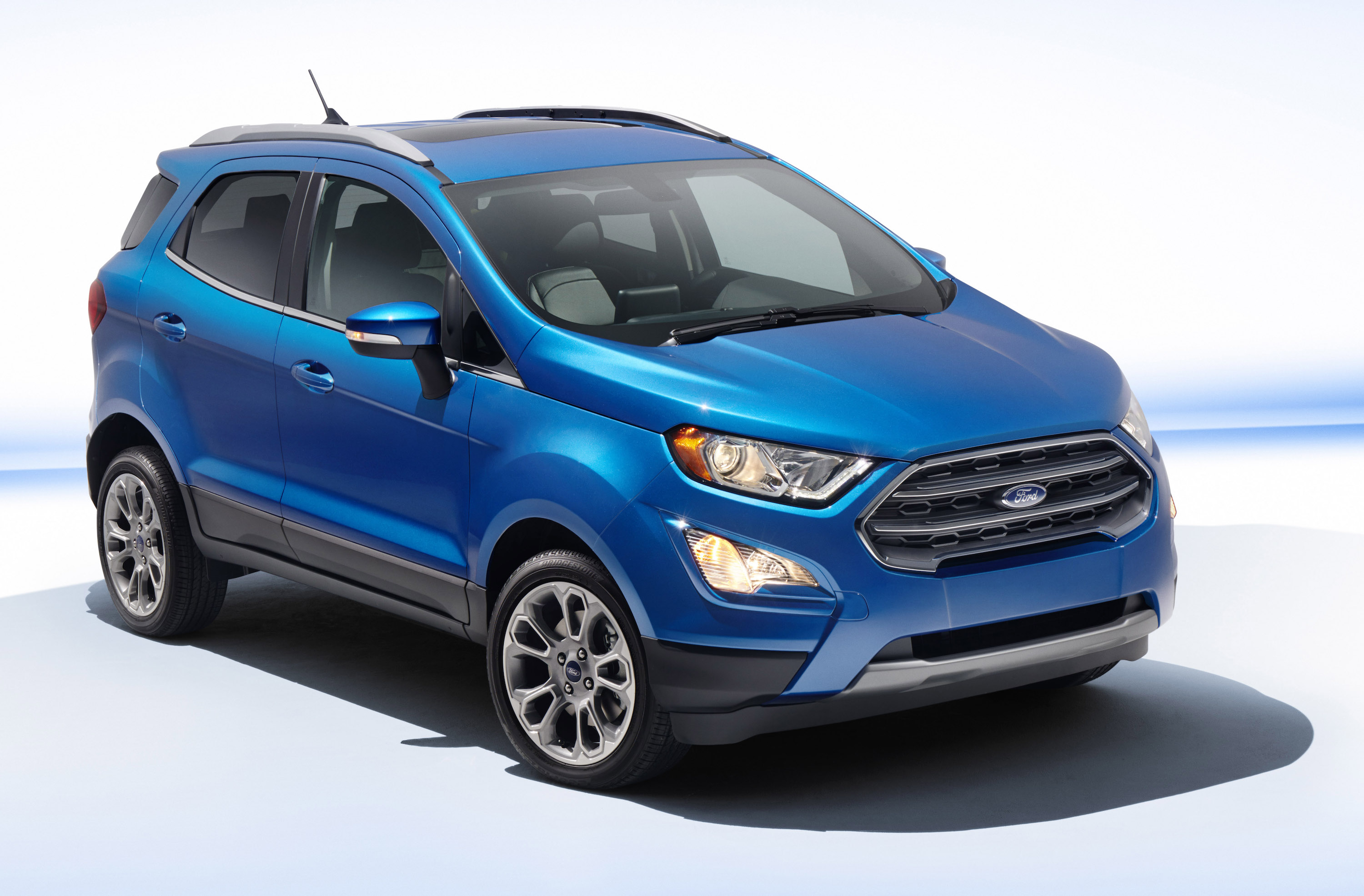 
If you’ve been craving an SUV from the Blue Oval folks, but like me live with a Great Depression-era garage at the end of your driveway which is too small for even a Ford Escape, there’s good news.

Ford has decided to bring one of its smaller SUVs to North America. The EcoSport has been around since 2003, available (at times) in Mexico and South America, as well as Europe and Asia.

With different styling than it’s foreign cousins, the EcoSport will debut in North America with a choice of two engines: a 1.0L three-cylinder turbocharged EcoBoost or a 2.0L four — both connected to a six-speed automatic. The four-cylinder version will come standard with four-wheel drive. Ford seems to know what drives sales of compact SUVs these days, as their press release really emphasized its connected technology (SYNC® 3, Ford’s communication and entertainment system), with an 8-inch touch screen which Ford says is similar to a smartphone or tablet. Mobile apps will let owners check the fuel level and odometer reading when not in the vehicle, as well as start, lock, and unlock their vehicle from almost anywhere using the available SYNC Connect with FordPass®. Also featured are two fast-charging USB ports and a 12-volt power outlet. An available 110-volt outlet positioned behind the center console and another 12-volt outlet will allow rear-seat passengers to stay plugged in, too.

The EcoSport will be offered in four trim levels: S, SE, SES, and Titanium, the SES being the sportier of the bunch with performance-tuned suspension and steering, along with the expected styling bits.

Look for the EcoSport to begin arriving in dealerships in early 2018.