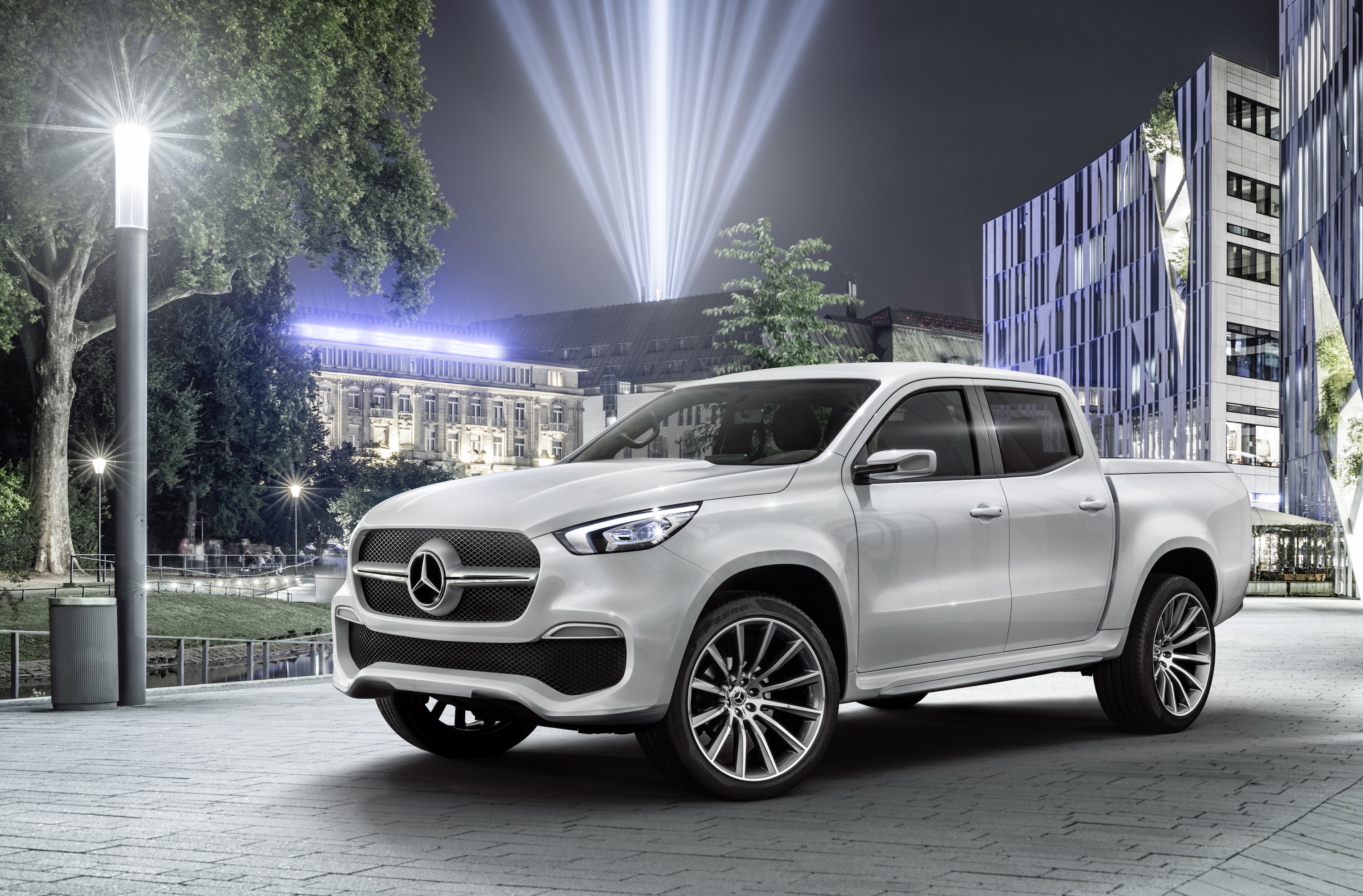 I’m now officially declaring the state of the conventional automobile to be totally confused. Maybe even… doomed.


I had a hard enough time wrapping my mind around a Bentley Bentayga SUV (MSRP starting… STARTING!... from $229,100). The waters were further muddied with the Maserati Levante SUV (with a seemingly modest MSRP of $72,600). Then I come across an ancient (2016 — hah! So long ago!) TopSpeed.com article about a hoped-for (by Top Speed, anyway) Ferrari SUV which the writer pegged would cost anywhere from $250,000 to $500,000. Goodness me! At least the Ferrari is just conjecture at this point. What really got me started on this latest rant is the news of Mercedes-Benz’s X-Class concept… a pickup truck! If I were a cursing man this is about where I’d let loose with a few choice words.

M-B is calling it “…the first true premium pickup.” It went on display at this year’s Geneva Motor Show. No official word yet as to whether or not we’ll see one here in North America.

The key target groups for the X-Class at this point are in Brazil, Argentina, Australia, South Africa, Great Britain, and Germany. Other than the two Euro countries, M-B seems to be going after the stereotypical cowboy/rancher population. It could just be me, but I’ve never imagined a British cowboy — but I suppose there are British (and German) contractors, plumbers, and other professions who use pickup trucks on a daily basis. As well as families who use a pickup as a daily driver. I’m thinking that for now anyway, they’re not pursuing the stereotypical American cowboy/rancher contractor/other business/family-truck market because Ford, Chevy/GMC, and Ram have such a strong foothold there already; add that to the fact that Nissan, Toyota, and Honda haven’t made much of a sales dent in the American market thus far. Not that they haven’t tried. There’s a good reason that M-B is taking the pickup plunge where it is: in Australia the pickup has the largest share of the total vehicle market with 14.1 percent, while in Argentina it holds 11.6 percent. That’s about one out of every eight vehicular sales. Cha-ching!

Although the X-Class is a somewhat attractive vehicle in its own, rugged way, the business end of it doesn’t look very large. The cab has four full-sized doors, and it seats five passengers. It’s also being called a mid-size, which will rule it out for many job-related sales, but not for most family-related sales. It’s rated at one ton, with a typical pickup’s ladder-type frame. Also in the mix is a high-torque six-cylinder engine and permanent four-wheel-drive. All great for off-roading or pulling the family boat/camper to the next adventure.

Being a Mercedes-Benz, it will of course have the typical M-B safety and luxury appointments. Which brings up the price.

The folks at Mercedes-Benz are only saying for now that “…the new model series will be positioned in the segment at an attractive price.” Attractive to whom, they didn’t say.

It’s expected to go on sale in the above-mentioned markets in late 2017. It will be built in cooperation with the Renault-Nissan alliance in Barcelona, Spain and Cordoba, Argentina.

The post “WOULD YOU LIKE CHAPS WITH THAT?
— the Mercedes-Benz X-Class pickup concept”
first appeared on Buffalo Cars