STAND-OUT DROP-TOPS — convertibles which get noticed 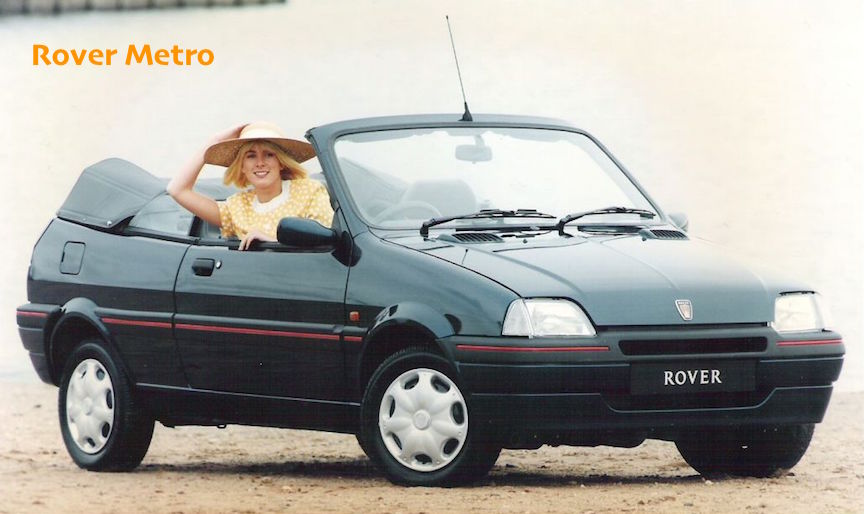 — convertibles which get noticed Now that Independence Day week has arrived, summer is full on…

And to some that means convertible weather. Although, with this week’s weather predictions in mind, I hope all of you convertible drivers have working a/c, as I imagine there’ll be quite a few of you driving around with your tops up. Hopefully your car looks as good with the top up as it does with the top down.

Which brings us to the point of this week’s Corner.

Not wanting to offend anyone out there who drives one of the cars featured here this week, I struggled with a column headline. After all, everyone’s baby is beautiful – if you’re the parents. Casual observers often have different opinions. So whatever label you choose to put on these cars, officially we’re sticking with stand out.

One that stands out on many lists is Chrysler’s PT Cruiser, produced from 2004-2008. Some think that originally the PT was to be badged as a Plymouth, but that all changed with the demise of that nameplate after the 2001 model year. The PT convertible’s distinctive shape stands out whether the top is up or down. Up is probably the oddest-looking of the two, which makes me wonder why the Virginia Volvo dealer which was advertising the white convertible seen here chose this awkward angle for its online photo. From here it looks like the top shrunk.

Another odd top-up look can be seen on the Nissan Murano CrossCabriolet. This is what happens when you try and make a two-door convertible out of a four-door crossover. Compromises must be made, and in the Murano’s case, it ended up looking like a football player in a ballet outfit. And what’s up with that rear window above the other rear window? Billed as the world’s first all-wheel drive crossover convertible, the CrossCabrio was produced from 2011-2014.

As much as I love the MINI, I can’t help but wonder what the designers were thinking when they put pen to paper and came up with the MINI Roadster. With the top dropped it looks like some sort of chunky summer footwear, while the picture with the top up looks like an amateur Photoshop attempt. Only built from 2012-15, not surprisingly.

Geo Metros were popular little runabouts during the first Bush and the Clinton administrations; they were cheap to buy and cheap to run. The first generation Metro also came in a convertible version, which pretty much looked like someone lopped-off the roof and replaced the rear-most portion with the flattest panel they could find. This is one that looks better with the top down by far. With the top up it looks like, “Oh crap, we need a top. Like, now; too bad the designers have the weekend off!” It’s possible that those same folks had a hand in the equally odd-looking (but not quite a full-on convertible) Suzuki X-90 (the Metro was actually a Suzuki Swift, sold on these shores as a Geo by American Chevy dealers).

The other Metro on this page, one never sold on this side of the pond, has to have the worst-looking convertible top ever put on a car. The British Rover Metro Cabrio looks equally horrid top-up or down — talk about heavy-handed styling! The model posing in the top-down photo at the top of the page here seems to be looking for the agent who booked this job for her. The top-up version looks like there’s enough canvas there to help make a proper top for it and the Geo Metro.

Luckily, most of the cars shown here were sold in pretty small numbers, so the chances of being spooked by one this summer are pretty slim.