HARD TO TELL WHERE THE PANTS END AND THE SEAT STARTS… 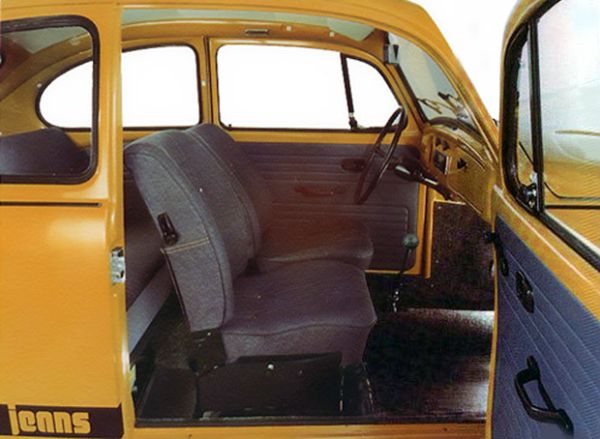 HARD TO TELL WHERE THE PANTS END AND THE SEAT STARTS… by Jim Corbran, Automotive Columnist If you were around in the 1970s you may recall a few cars from American Motors which featured Levis®-inspired interiors. Maybe you even remember the much rarer 1973 VW Jeans Bug, which also featured a denim-inspired seatcovering material and door cards, along with exterior striping, badging, and special wheels. At any rate, VW has just announced a new, 2016 Beetle Convertible Denim Special Edition, which goes on sale featuring a light-blue and silver dashpad along with, as VW describes them, “jeans-inspired seat pockets.” The light-blue cloth seat surfaces are denim with white piping and dark-blue leatherette accents. It is being be offered in a choice two exterior colors: Pure White and Stonewashed Blue, both with a convertible top finished in Dark Blue textured like denim. Pricing starts at $25,995 More info? See the Beetle Convertible Denim here. ### The post HARD TO TELL WHERE THE PANTS END AND THE SEAT STARTS… appeared first on Buffalo Cars.