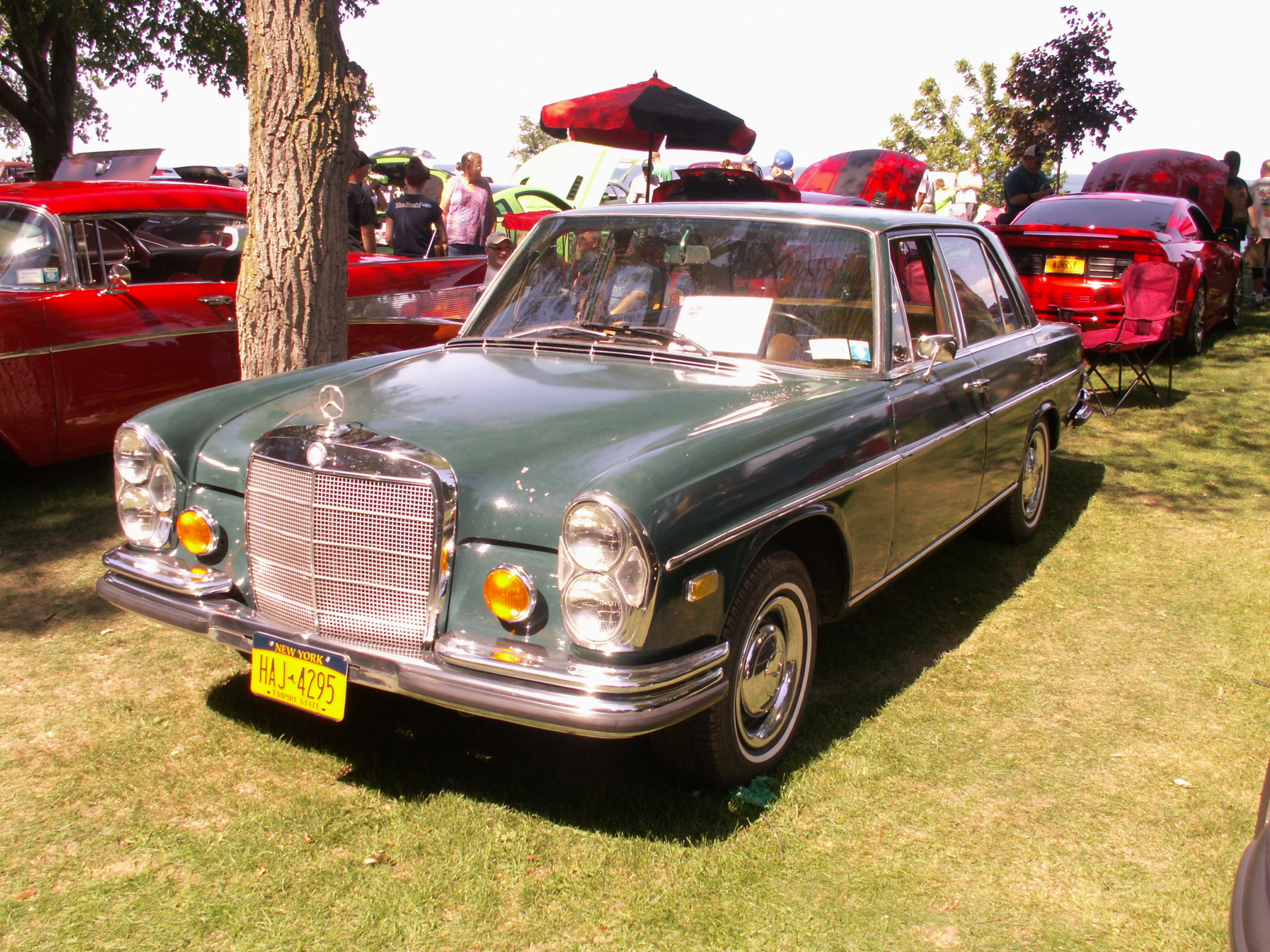 Wilson’s Neil Gale
and his wife Terri probably had one of the more comfortable rides to the recent Olcott Beach Car Show — and maybe one of the shortest! Their 1967 Mercedes-Benz 250 S comes from an age where German luxury sedans were still somewhat of an oddity on American roads, but that would soon change! It has a 2.5L straight six under the hood which puts out 130 hp — not large numbers by today’s standards, but a smooth-running, solid, reliable engine which was advertised with a top speed of 113 mph. Not too shabby!