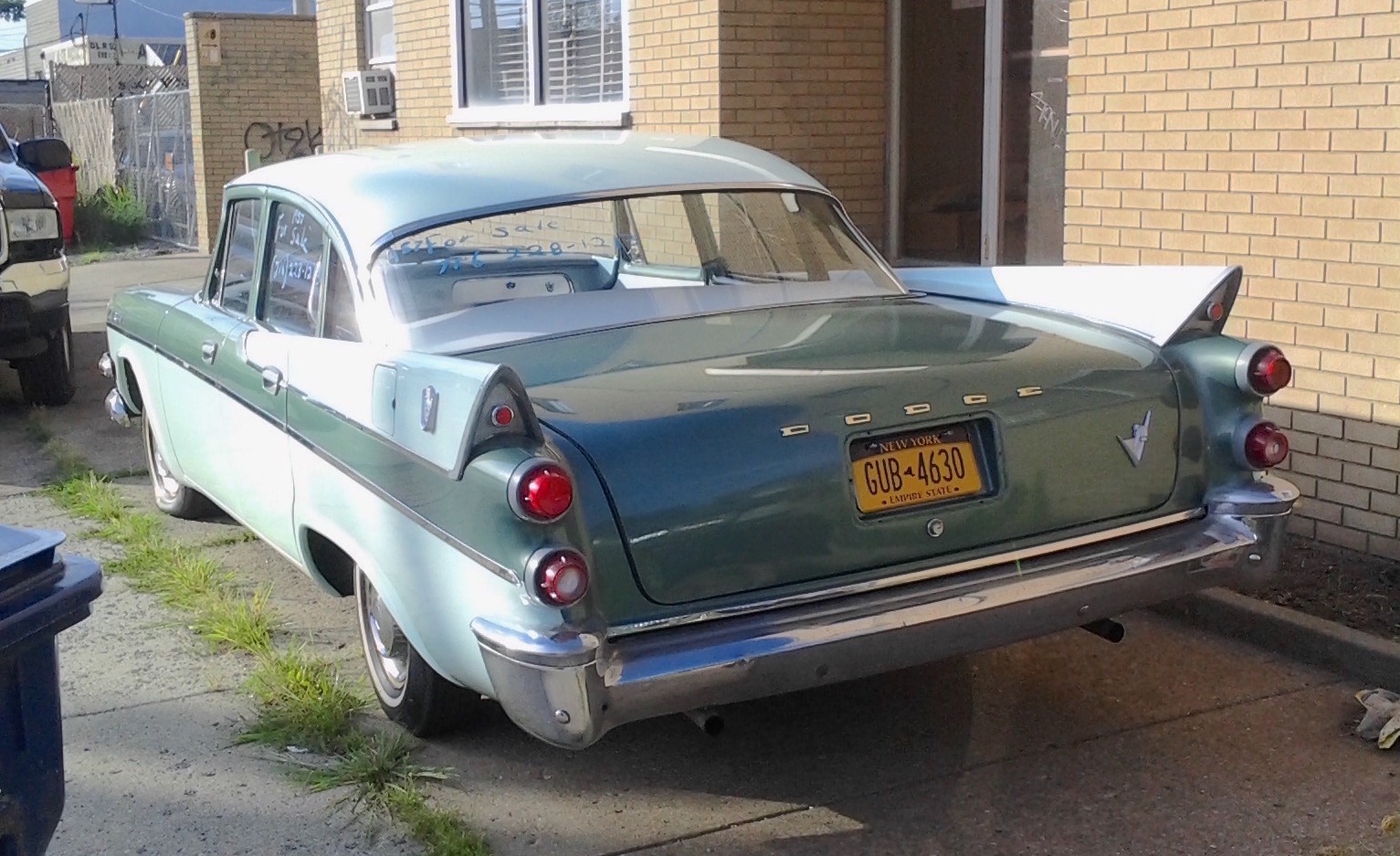 Hey look, it’s another bicycling-around-town RealRide discovery — a 1957 Dodge Custom Royal found just outside of Riverside in Buffalo. Back in the day, early spy photos of Chrysler’s 1957 line-up — all with graceful tailfins — put General Motors in panic mode. They scrapped their 1959 designs, which were just about set in stone, and came up with their own finned-and-chromed cars. After that experience, tailfins were pretty much whatever the opposite of de rigueur is.