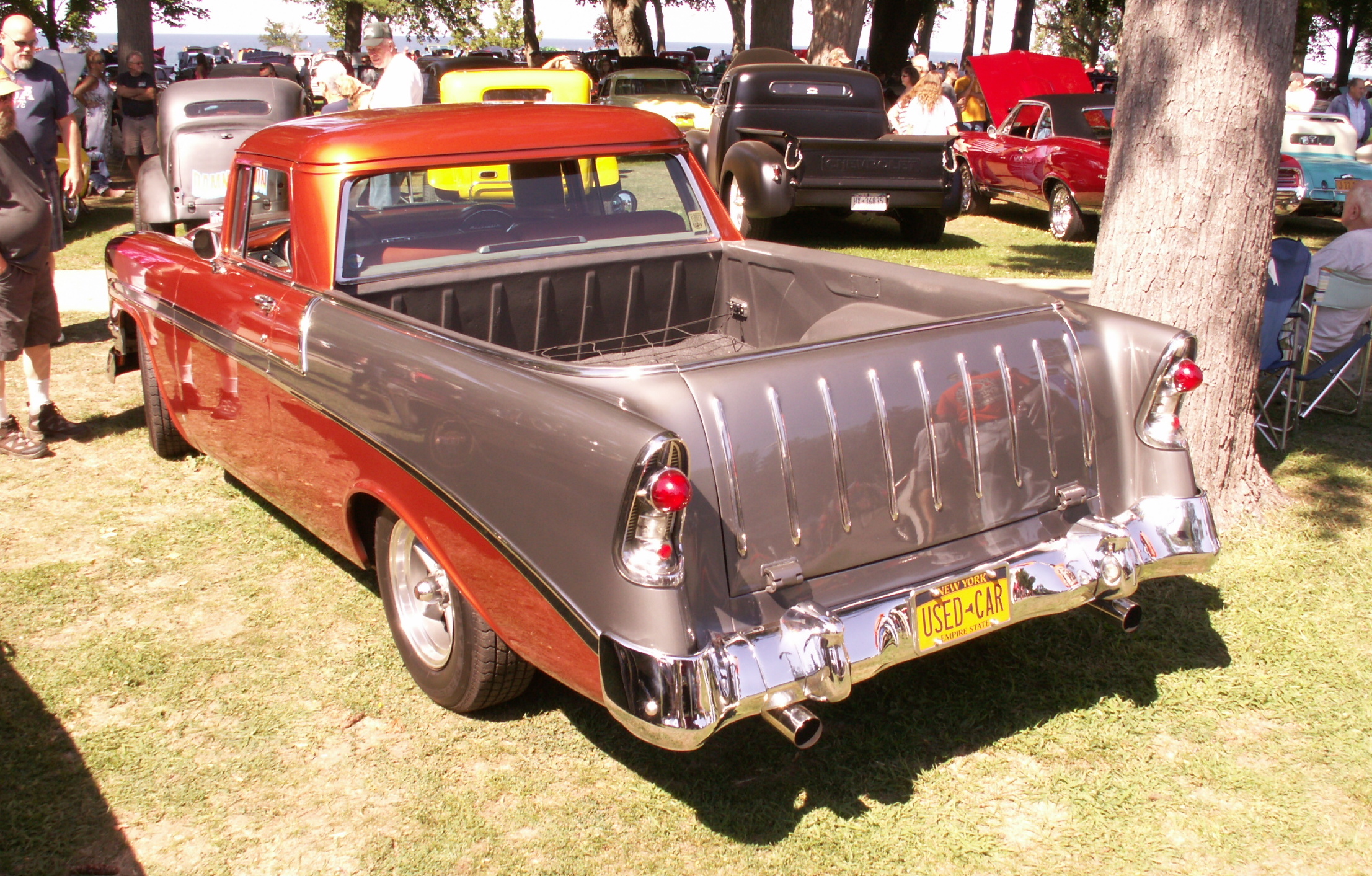 Now here’s something you don’t see everyday… or any day, for that matter — a 1956 Chevrolet El Camino. That’s probably because Chevy didn’t start making them until the 1959 model year, in response to Ford’s new-for-1957 Ranchero. This ’56, seen at this summer’s car show at Olcott Beach, could probably pass for a factory-made Elky, it’s that good!