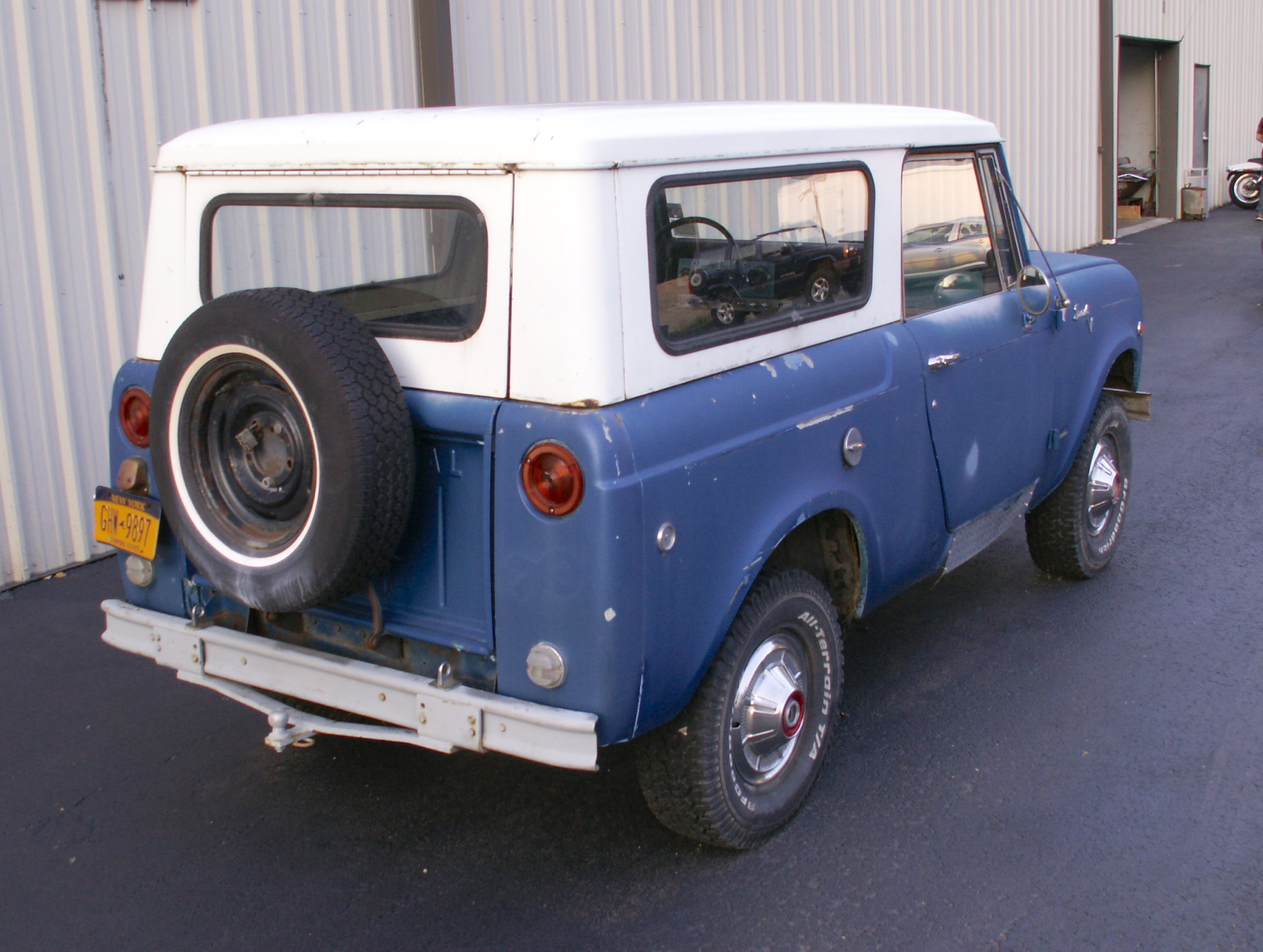 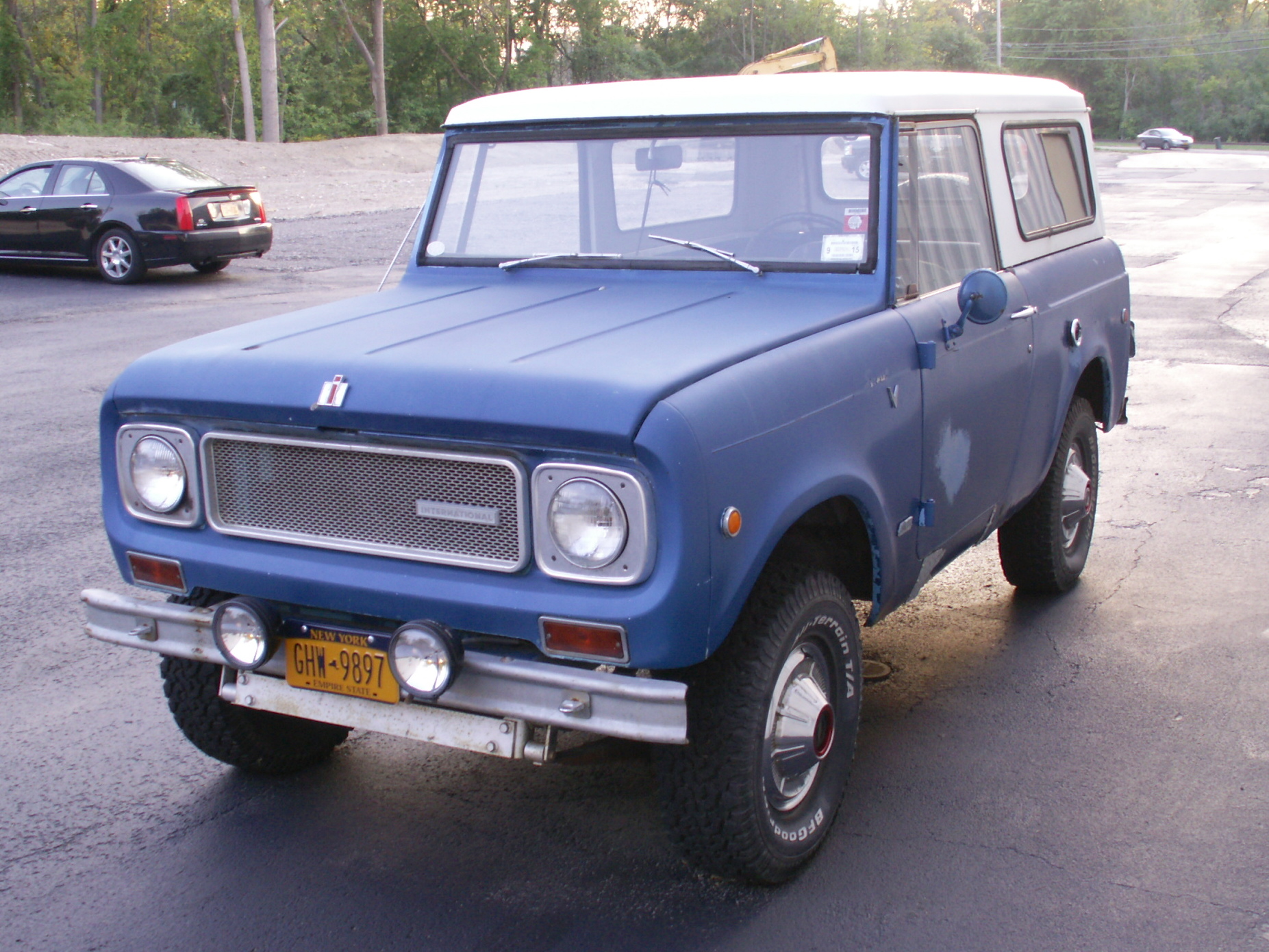 This 1969 International-Harvester Scout, seen a few weeks back in North Tonawanda, was a rival to the Jeep CJ, as well as Ford’s Bronco (whose wheel covers the Scout here appears to be wearing). The Scout was available, much like the Bronco, as a closed wagon like this one, as well as a pickup (both of which featured removable steel tops) and a topless roadster. Four-, six-, and eight-cylinder engines were available.