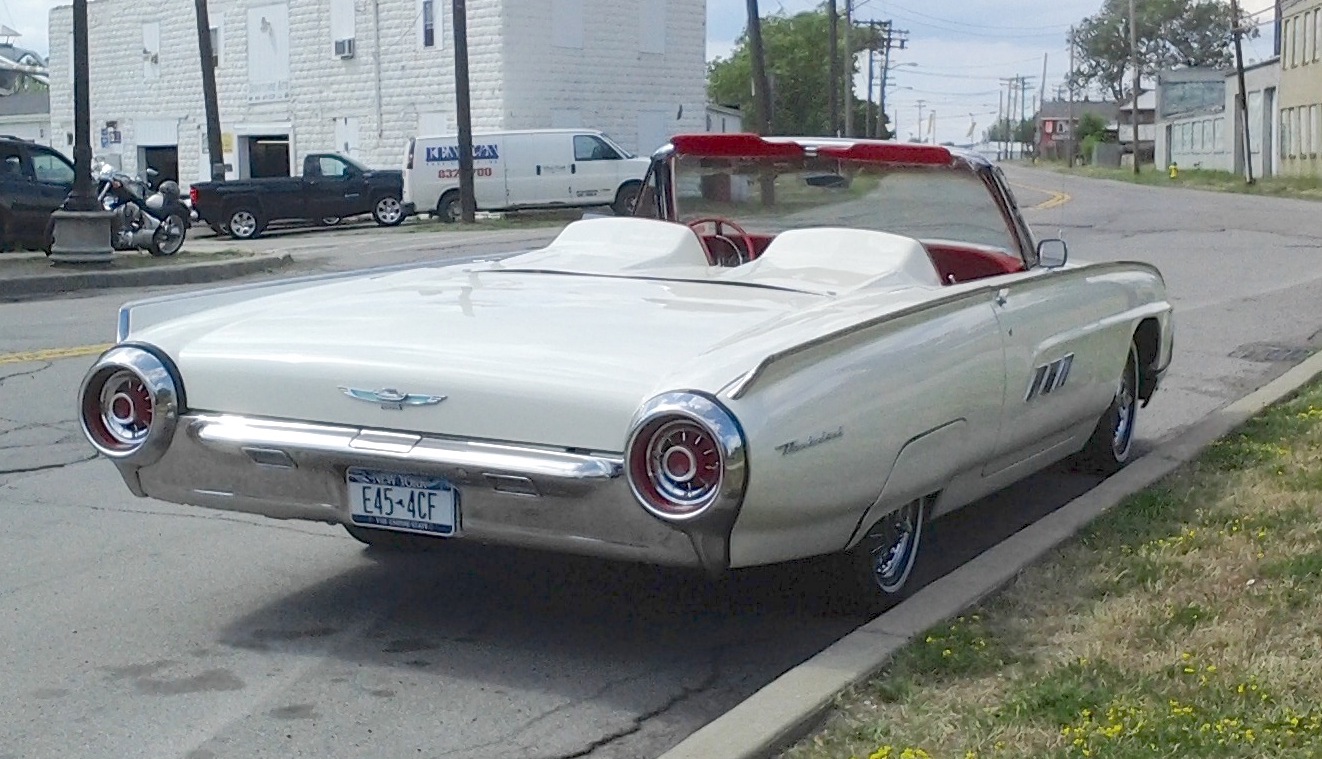 Here’s one of those cars I see frequently while driving around Niagara County. I finally found it parked and photo-ready in front of a North Tonawanda restaurant recently, luckily on a top-down day. It’s a 1963 Ford Thunderbird Sports Roadster. Talk about rare! According to The Encyclopedia of American Cars only 455 were produced. As you can probably tell, the Sports Roadster’s tonneau cover turned the four-seat T-Bird convertible into a two-seater — suddenly it’s 1957 again!


The post RealRides of WNY appeared first on Buffalo Cars.