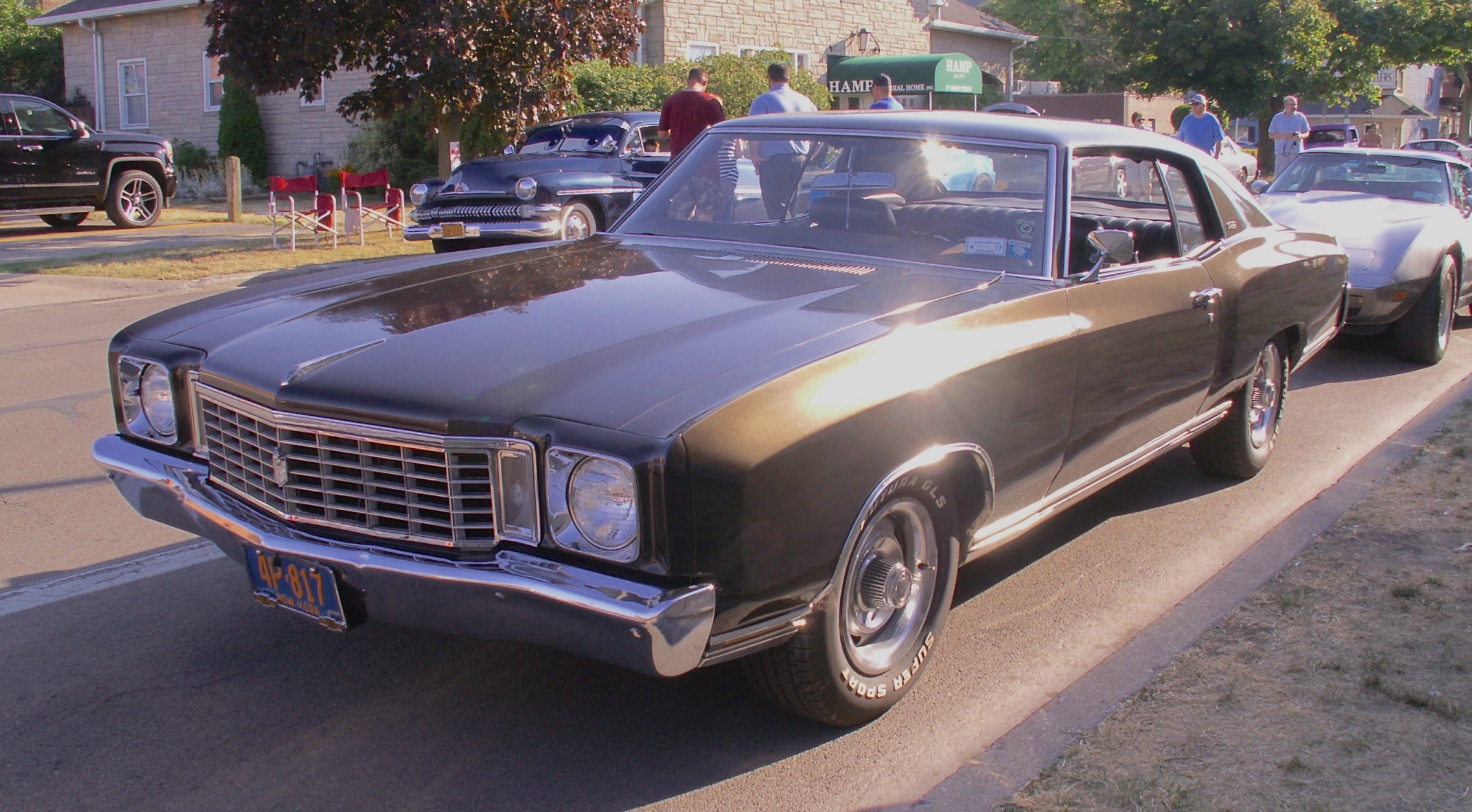 Here’s another old bowtie from this year’s Canal Fest Car Show held in the Tonawandas. This 1972 Chevrolet Monte Carlo was being shown by owner Dennis Hagerman of Lewiston, who obviously likes his old cars clean and original-looking. This was the final year for the first generation Montes, as in true American tradition they would grow in size for 1973. The Monte Carlo helped make the personal luxury coupe popular in North America, spawning such competitors as Chrysler’s Cordoba and the up-marketed Mercury Cougar.