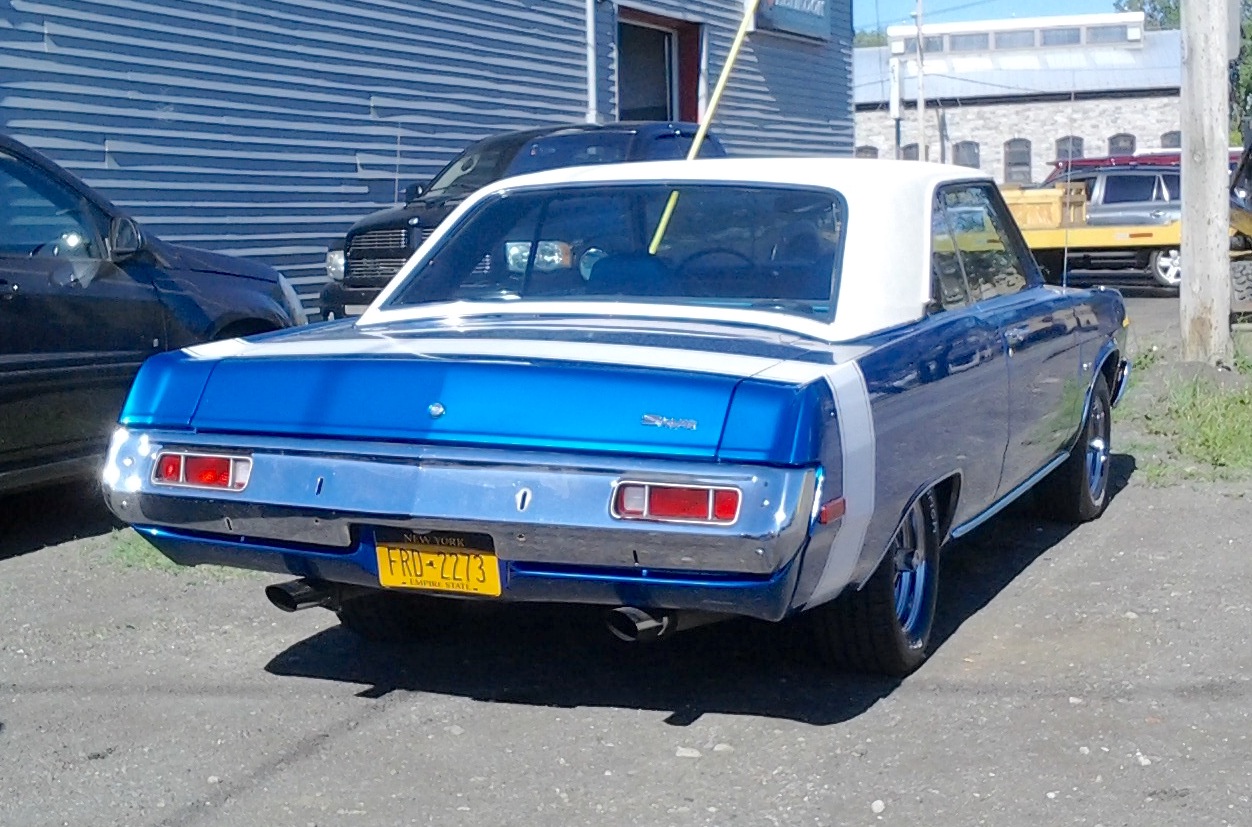 This 1973 Plymouth Scamp is from a period when Chrysler’s Dodge and Plymouth compacts were almost identical, especially from this rear view. Until I pulled right up to it I wasn’t sure which it was. The Scamp was Plymouth’s version of the two-door hardtop which Dodge sold as a Dart Swinger. At this point in time, Plymouth’s compacts went by the names Duster (two-door coupe), Valiant (four-door sedan), and Swinger. If you needed a little more oomph!, the Duster 340 had a — surprise! — 340 cu. in. V-8 under the hood. Found this Scamp parked recently in North Tonawanda.