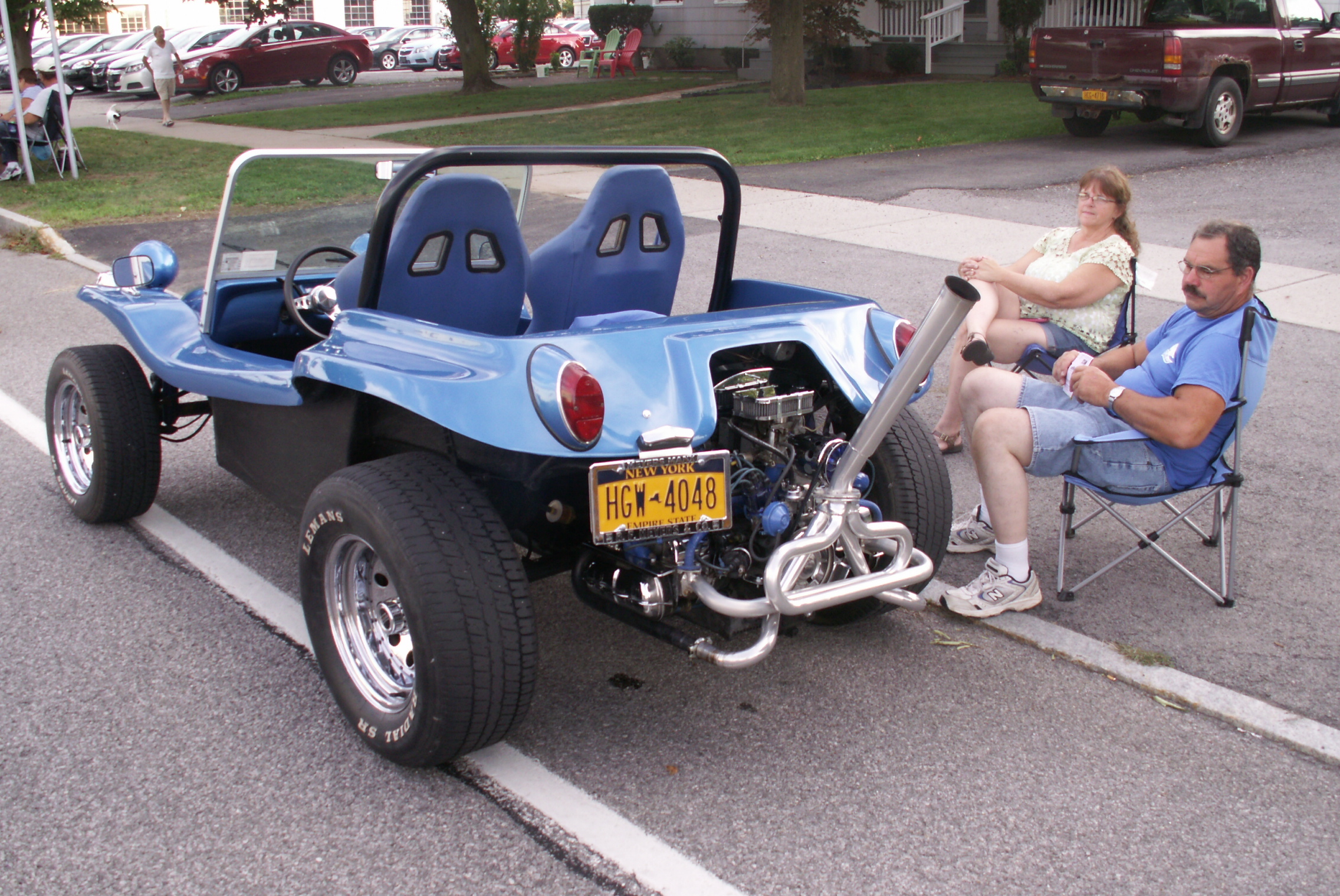 Here we see Middleport's Rick and Ellen Fulwell, sitting watch over their Meyers Manx dune buggy at last night's Medina Super Cruise in the village. The registration sticker says it's a 1961 Volkswagen, but the only clues to its origin are the taillights and an unmistakable VW engine hanging out the back end. The Meyers Manx is an invention of its namesake, Bruce Meyers, who grew up in the California beach culture of the 1960s. His first dune buggy was a modified VW Kombi called Little Red Riding Bus. He used his fiberglass boat-building experience to design and build the first Meyers Manx in 1964, and over the years the company has sold more than 5,200 kits. They're still in business today, and one of their offerings is a take-off on the Manx called the Kick-Out Traditional.