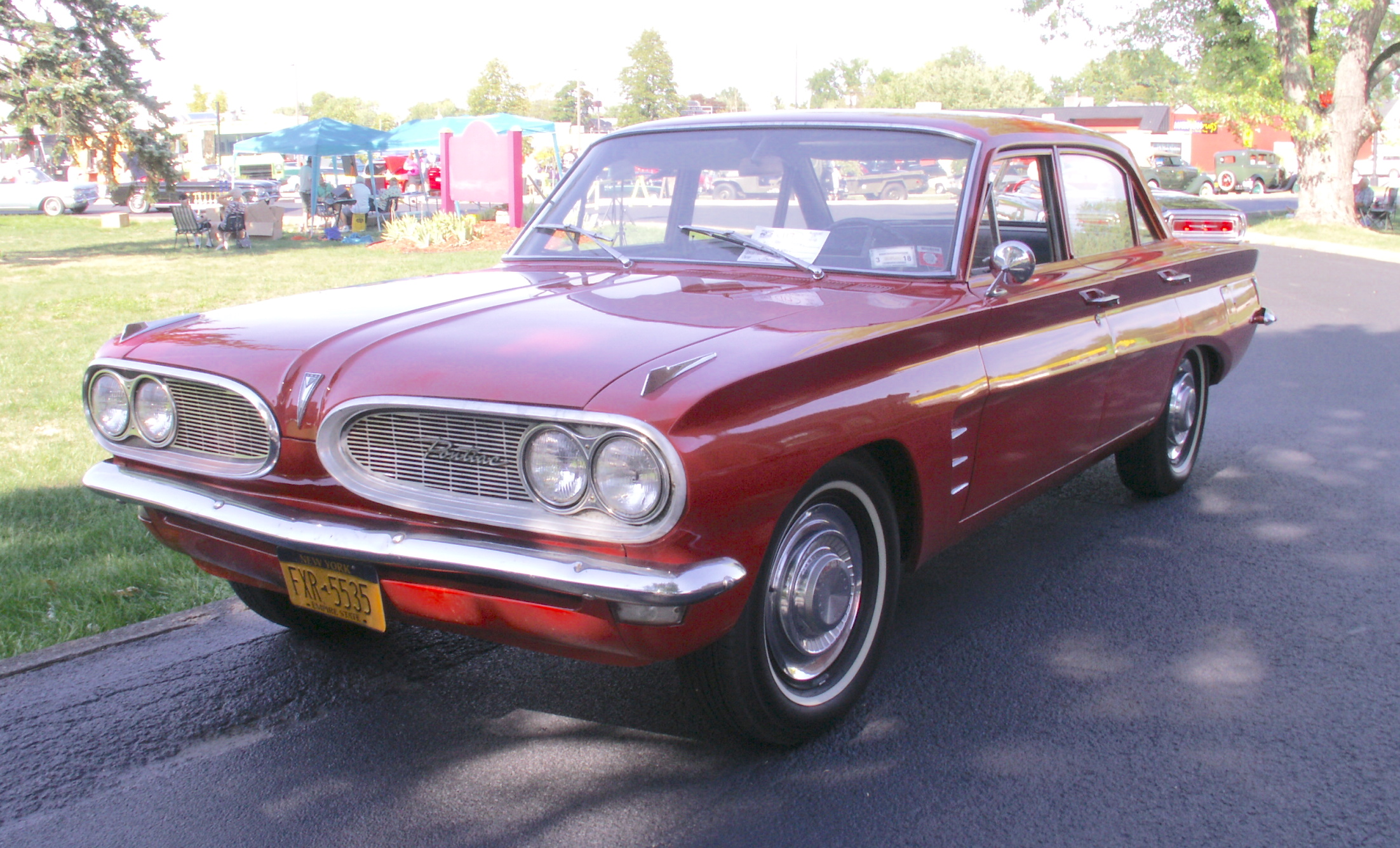 This fine-looking 1961 Pontiac Tempest was one of many interesting entrants in last weekend’s Mt. St. Mary 5th Annual Summer Festival Super Cruise Car Show and Food Truck Rally (whew!) held on the school grounds in Tonawanda. Owner Steven Botsford of Gowanda told me it has less than 40k on the odometer, and under the hood is Pontiac’s famed Trophy 4 engine, a 195 cu.in. four cylinder unit which is actually one side of a Pontiac V-8. In addition, for better weight distribution, the transmission (a manually-shifted floor-mounted three speed in this instance) was mounted in the rear of the car — which also practically eliminated the floor hump for better passenger space. For these (and other) efforts, the Tempest won the coveted Motor Trend magazine Car of the Year Award.