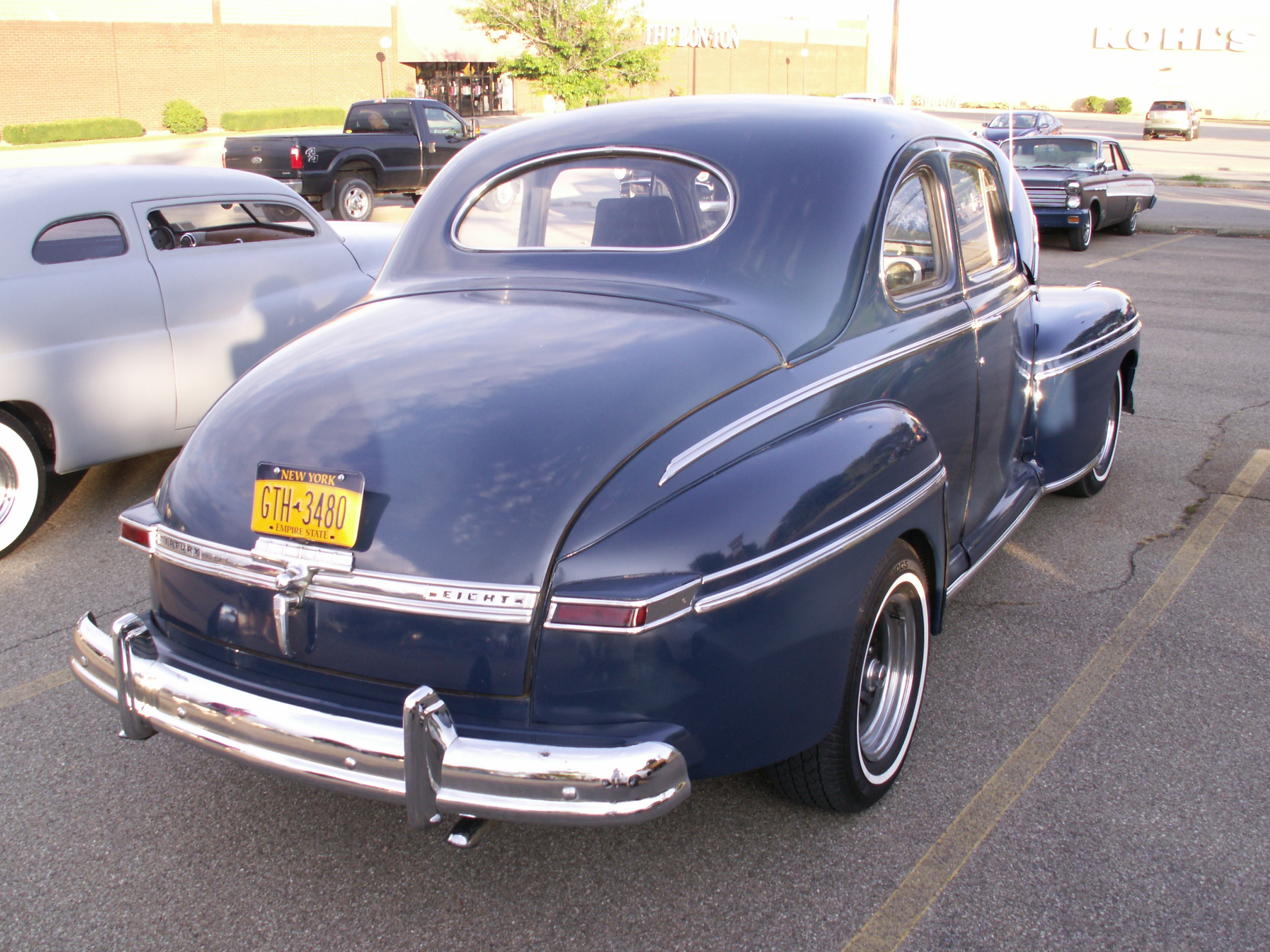 Here’s one from the You Don’t See One of These Everyday department, a 1947 Mercury, spotted at a recent Thursday Olean Center Mall Cruise Night. The Mercury debuted in 1939 as Ford’s attempt to try and compete with GM at every price point — so now they had Ford, Mercury, and Lincoln. In the late 50s would come the — gasp! — Edsel, to fill another gap. Or so they thought. Mercurys were pretty much gussied-up Fords, right up to the end in 2011. Over the years they did produce a few memorable cars, though. Just too few and far between.