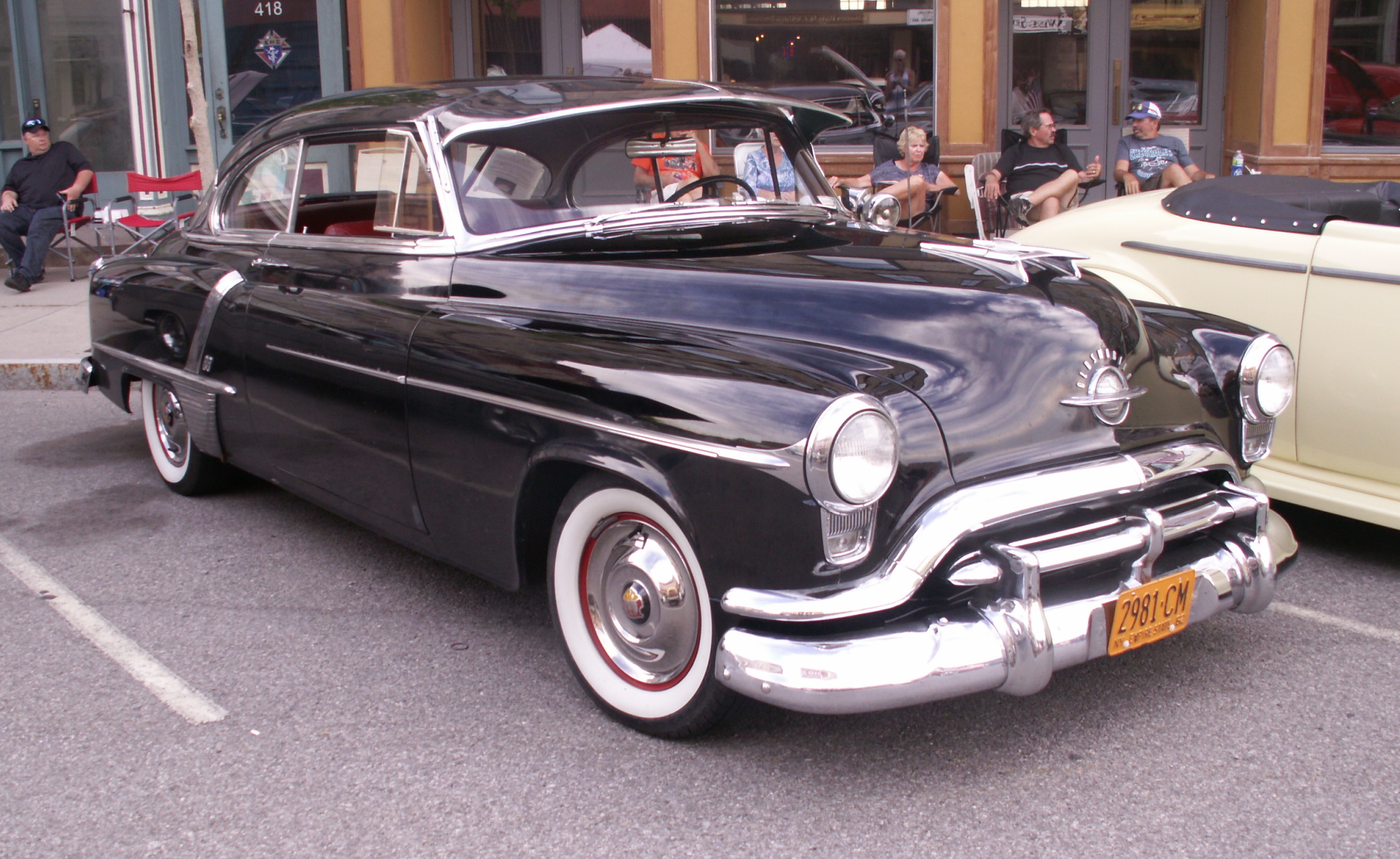 Had a reader request to please feature more Oldsmobiles, and… oh look, here’s one now! It’s a 1952 Oldsmobile Super 88 Holiday Coupé, from GM’s Can Do No Wrong post-war period. Holiday is the name that Olds slapped onto all of their pillarless two- and four-doors — a new body style which caught fire in the middle of the 20th century. The Super 88 was in the middle of Olds’ lineup for 1952, between the bottom-line Deluxe 88 and the luxurious Ninety-Eight land yachts. Found this black 88 at the recently-held Medina Super Cruise.