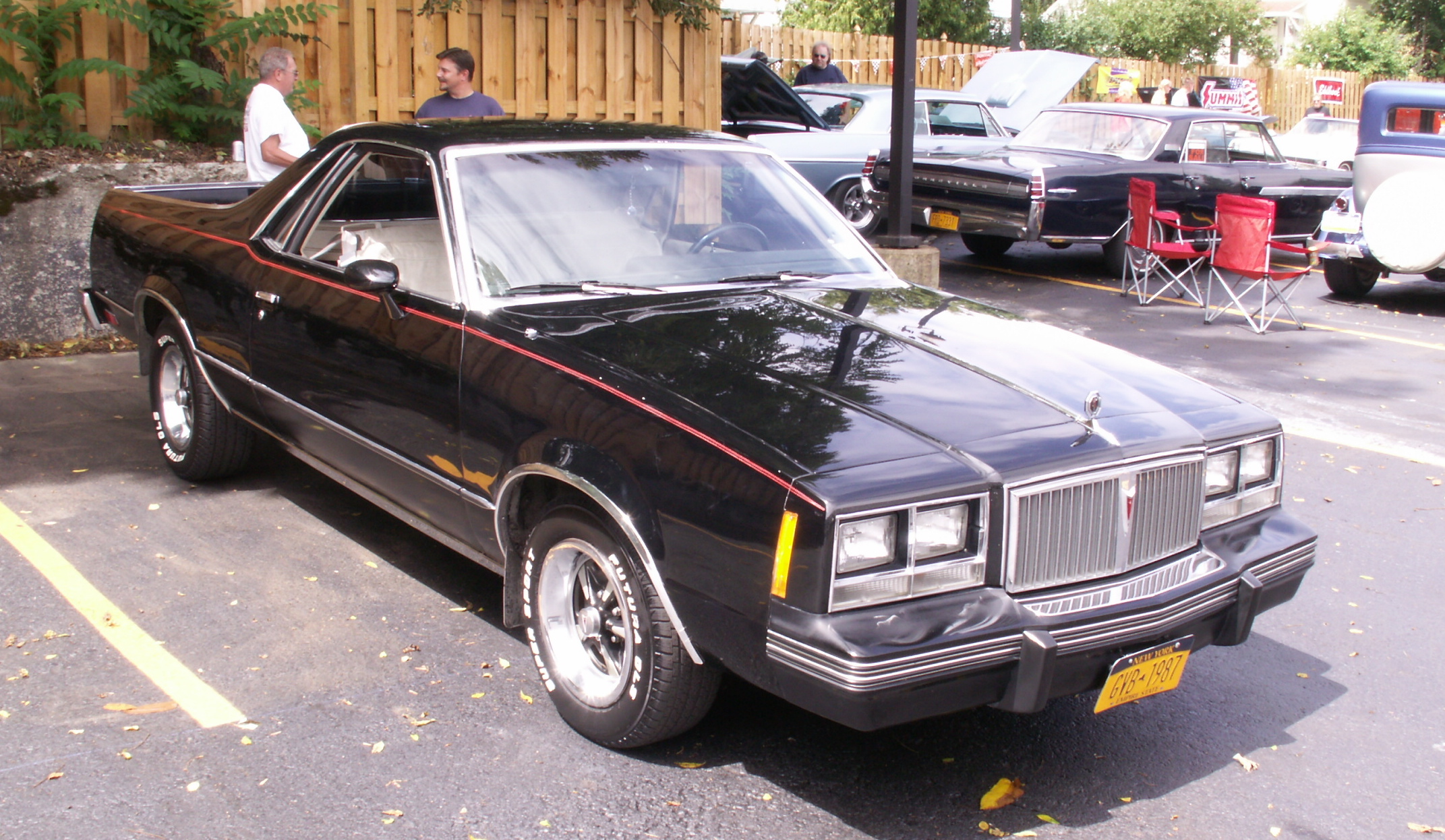 This 1983 GMC Caballero had both bases covered at the recent All Pontiac/GMC Show held a few weeks ago at West-Herr’s East Aurora dealership. The Caballero was GMC’s version of Chevy’s El Camino, with not much more than different nameplates. This black one however, has had the front clip added from a Pontiac Grand LeMans, making it a (maybe not quite) one-of-a-kind vehicle. Nicely done.