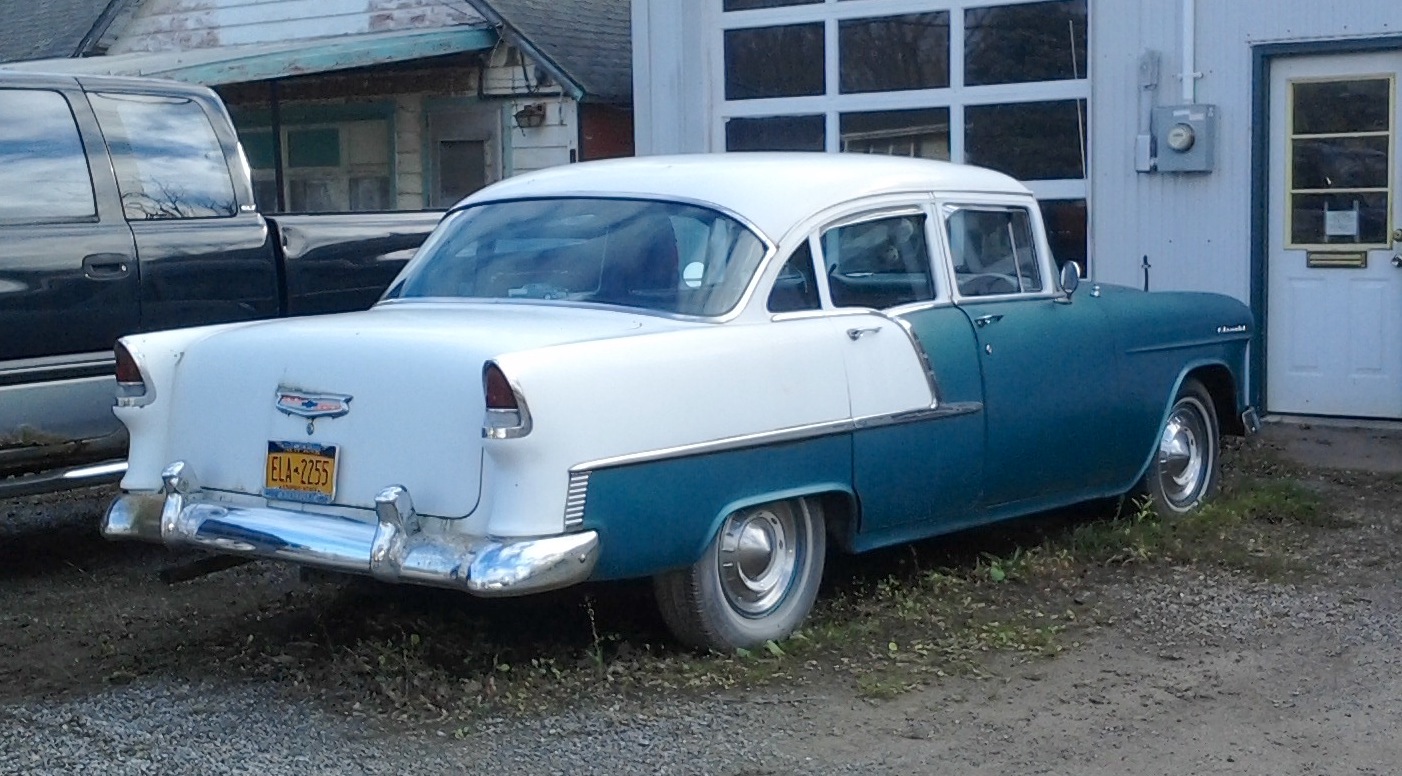 For your approval: one 1955 Chevrolet Two-Ten four-door sedan. Because every once in a while we like to show you that no, not every surviving ’55 is a Bel Air hardtop or a Nomad station wagon. The four-doors were Chevy’s biggest sellers that year, with the Bel Air (345,372) and the Two-Ten (317,724) taking the number one and two spots respectively in sales. Saw this well-preserved example recently in Middleport.