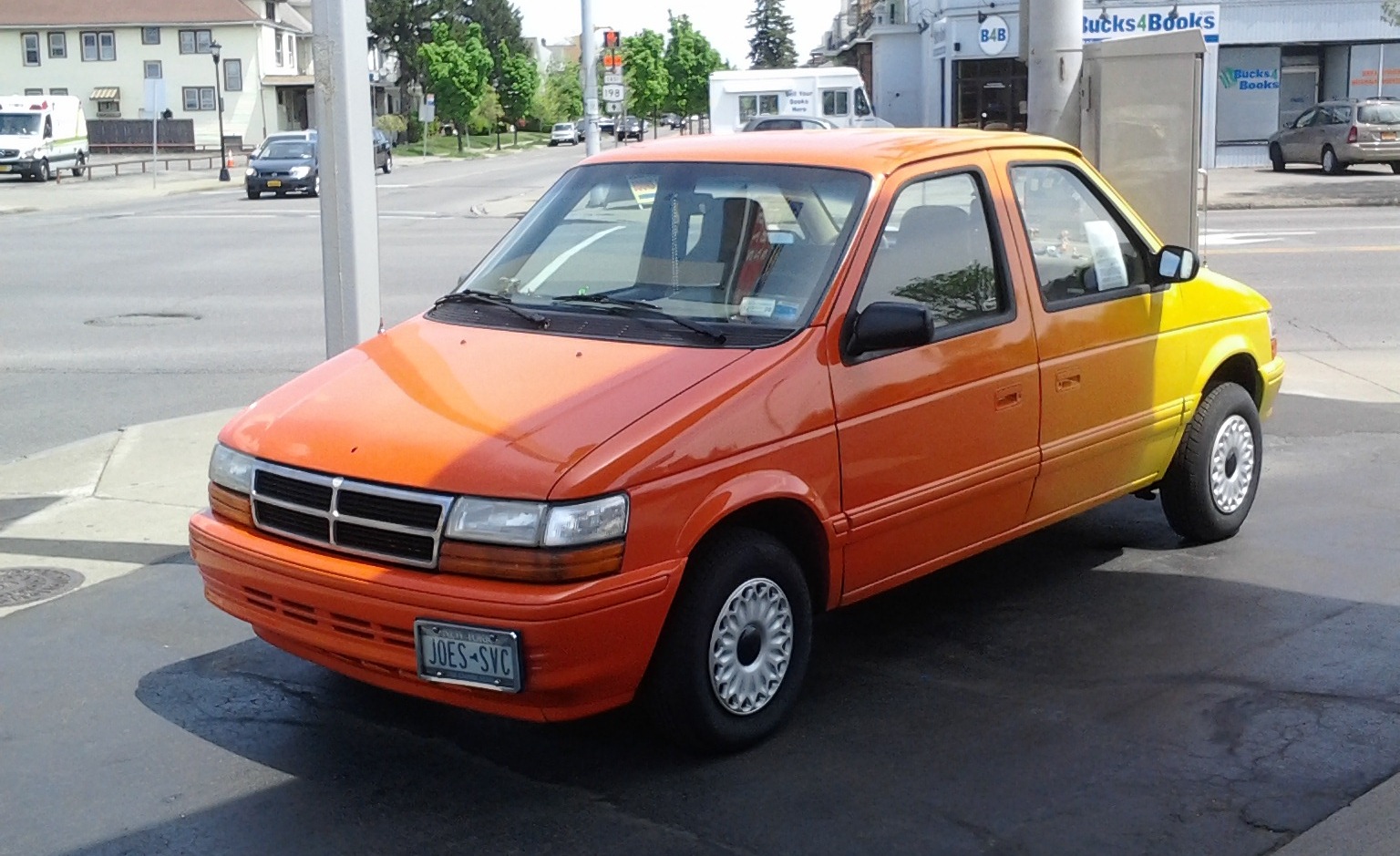 I’m sure that by now most of you in town have driven by this 1993 Dodge Caravan at least once — and did at least one double-take. Yes, it’s hard to tell if it’s coming or going, but here are a couple of clues as to which end is which: what look like headlights on the back aren’t clear lenses if you look closely — they’re actually taillights; and, the most obvious clue is the position of the inspection & reg stickers in the lower driver's side corner of the windshield — on the front of the car, of course! If you still haven’t seen this oddity in person, it’s usually parked at the corner of Elmwood & Amherst in Buffalo.