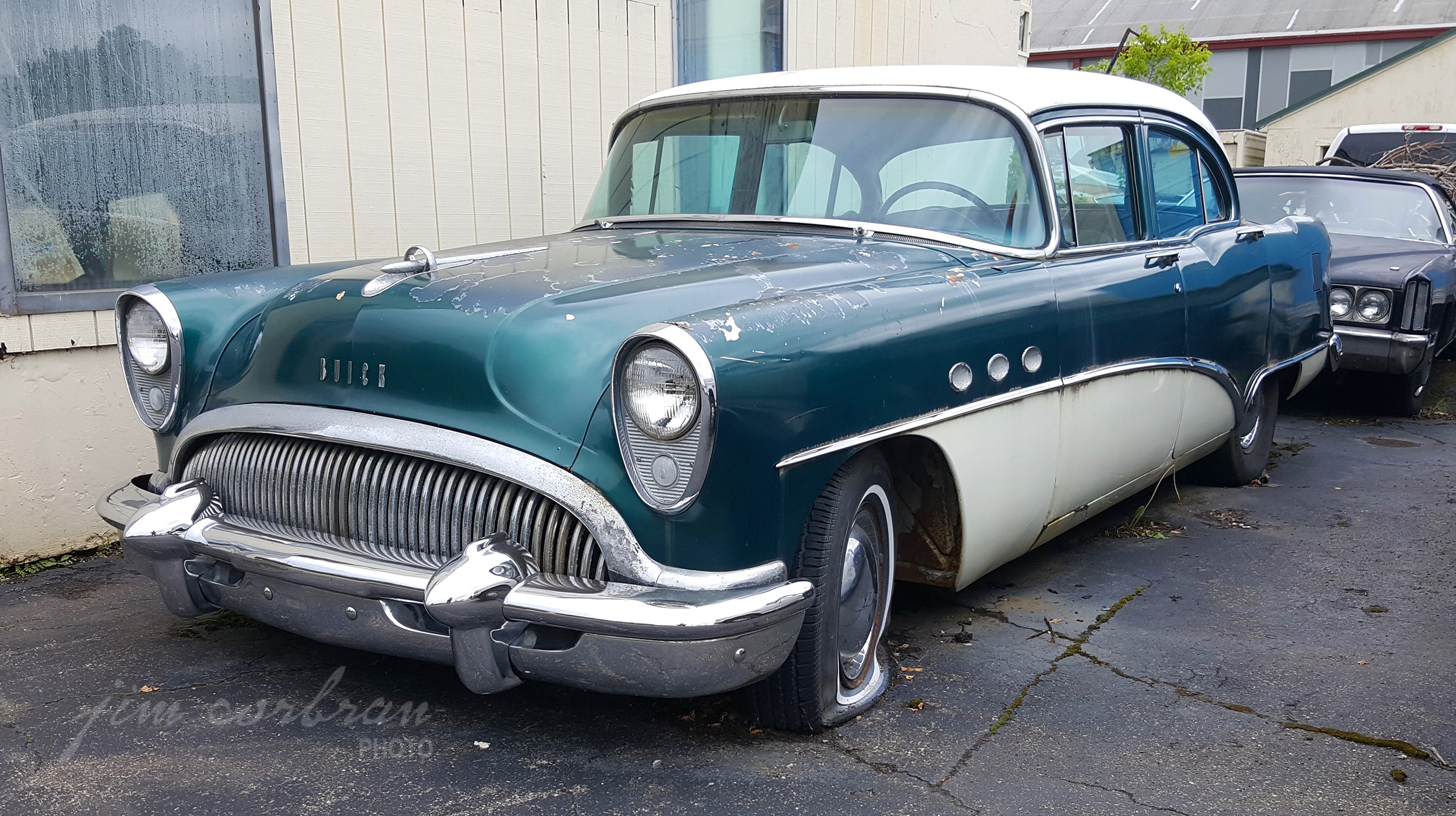 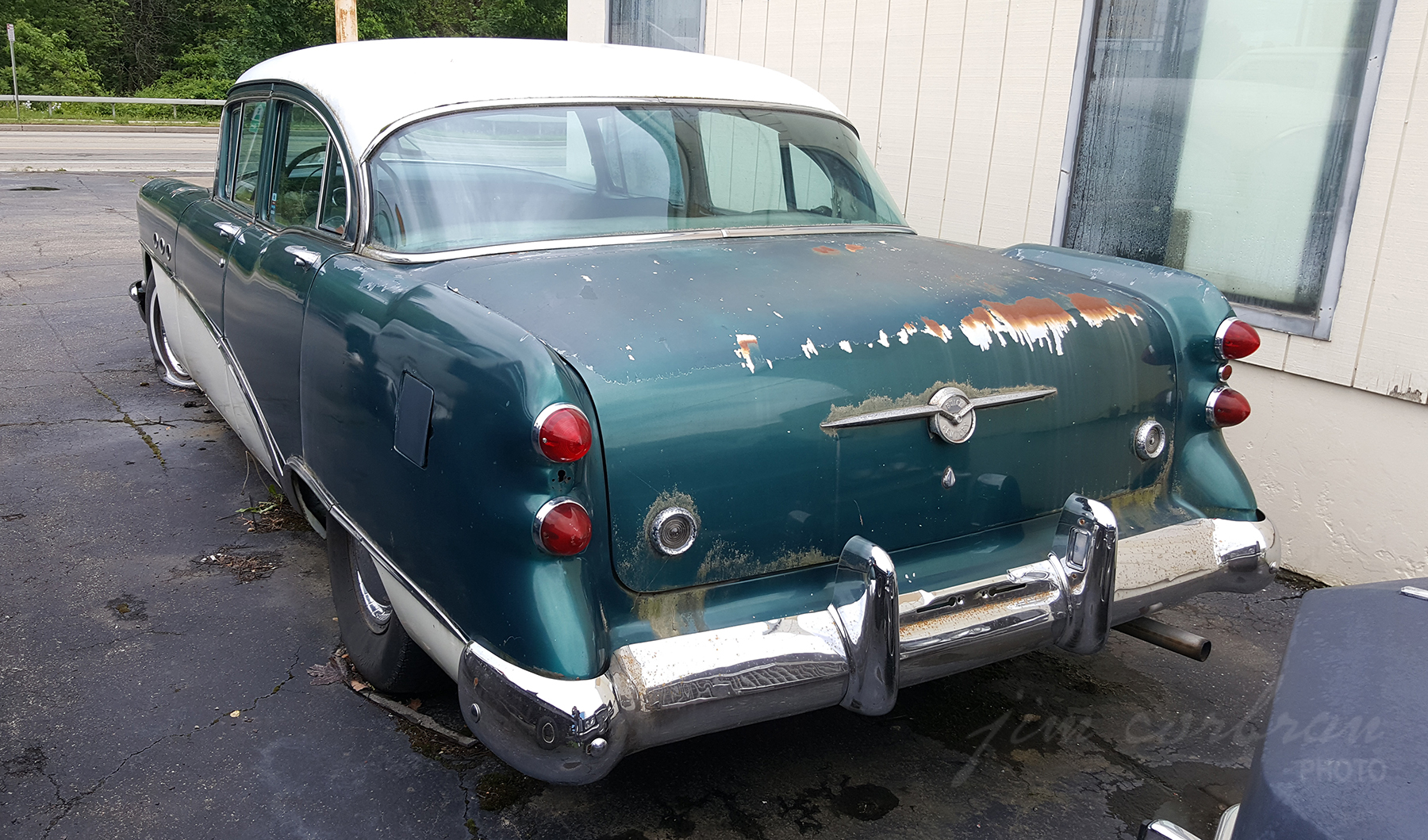 It would be another year before designers in Flint figured out how to integrate the backup lamps into the taillight cluster, so the optional units on this 1954 Buick Century got plopped onto the trunk lid like the afterthought that they were. The Century was Buick’s hot rod in the 1950s, with the larger engine of the Roadmaster/Super mounted on the shorter (and lighter) chassis of the less expensive Special. We saw this one outside of a classic car shop in Jamestown a few weeks back.