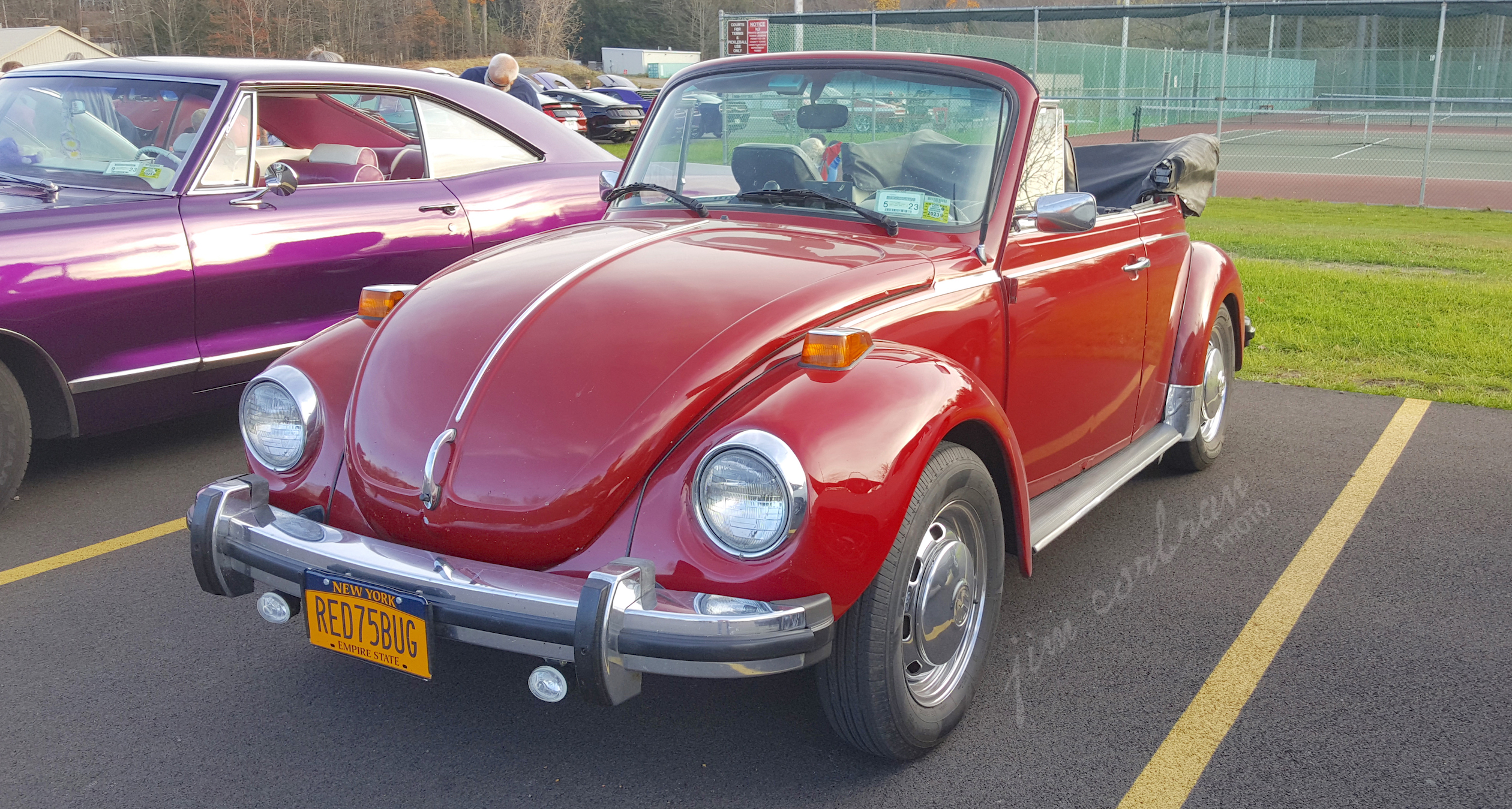 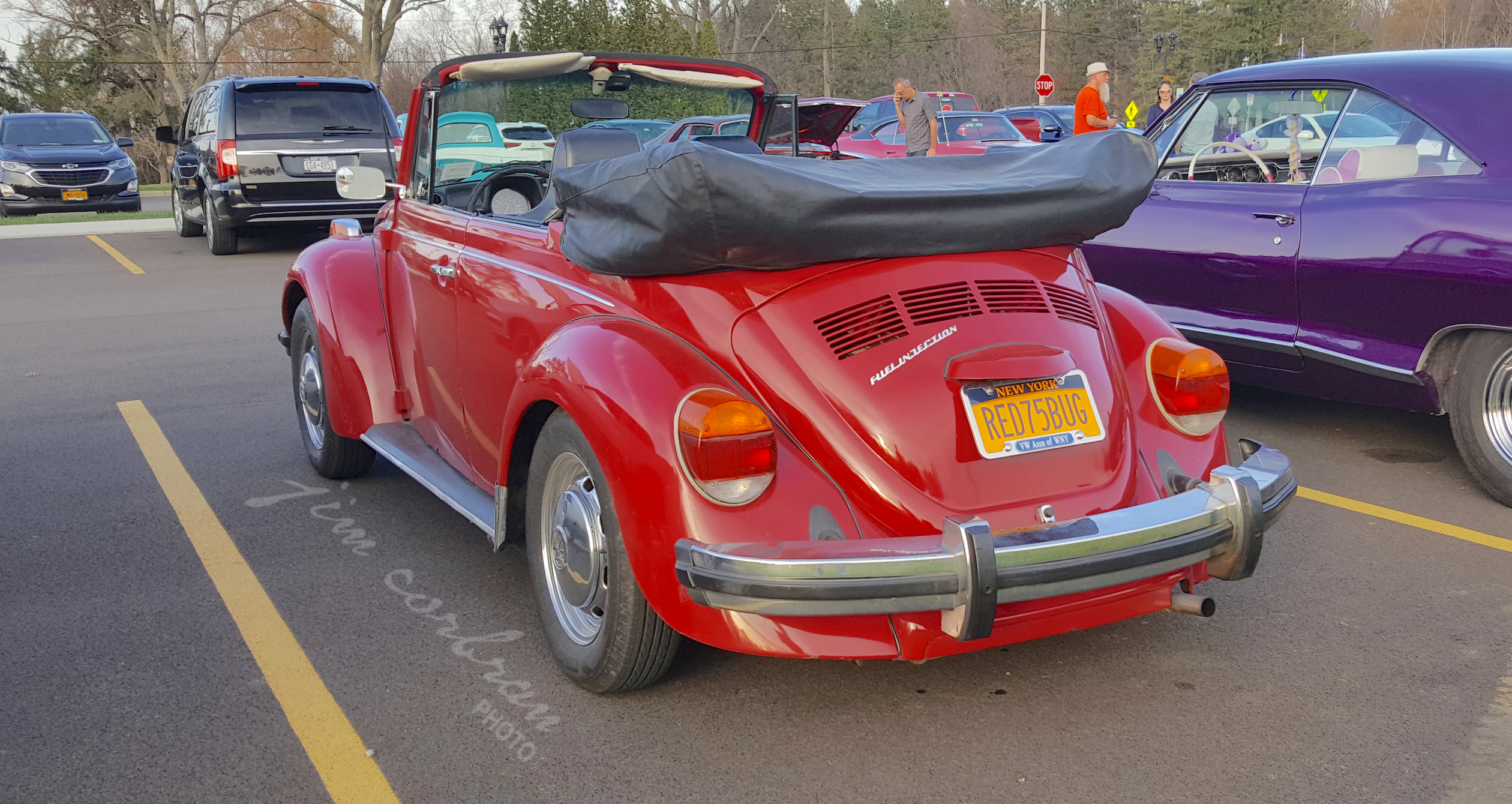 ORCHARD PARK, N.Y.
– This 1975 Volkswagen convertible is owned by RealRides readers Fran and Pam Haefner of Clarence. We ran into them at a late season gathering of classic cars & their owners in early November at Chestnut Ridge Park. The Haefners have owned the VW since May of 2011, and I doubt there’ve been many November afternoons when they’ve driven it with the top down like they did on this unseasonably warm, sunny Friday. In 1974, Volkswagen printed a brochure titled “Is There A Beetle In Your Future?” With the introduction of the front-drive water-cooled Golf/Rabbit, many feared the end of the Beetle was at hand. VW laughingly mentioned how “Noboday asks ‘Will the Maverick be sold in 1980?’ Because nobody really cares.” True dat, lol… But the VW had quite a loyal following. While not ever saying the Beetle was pretty outdated in 1974, they went on to explain what was in the VW pipeline — some larger cars, some smaller cars, but they’d be “…practical, useful cars that furnish the owner the best possible value for the price.” For the record, the final Beetle, the 21,529,464th one produced, came down the assembly line in Puebla, Mexico on July 30, 2003.