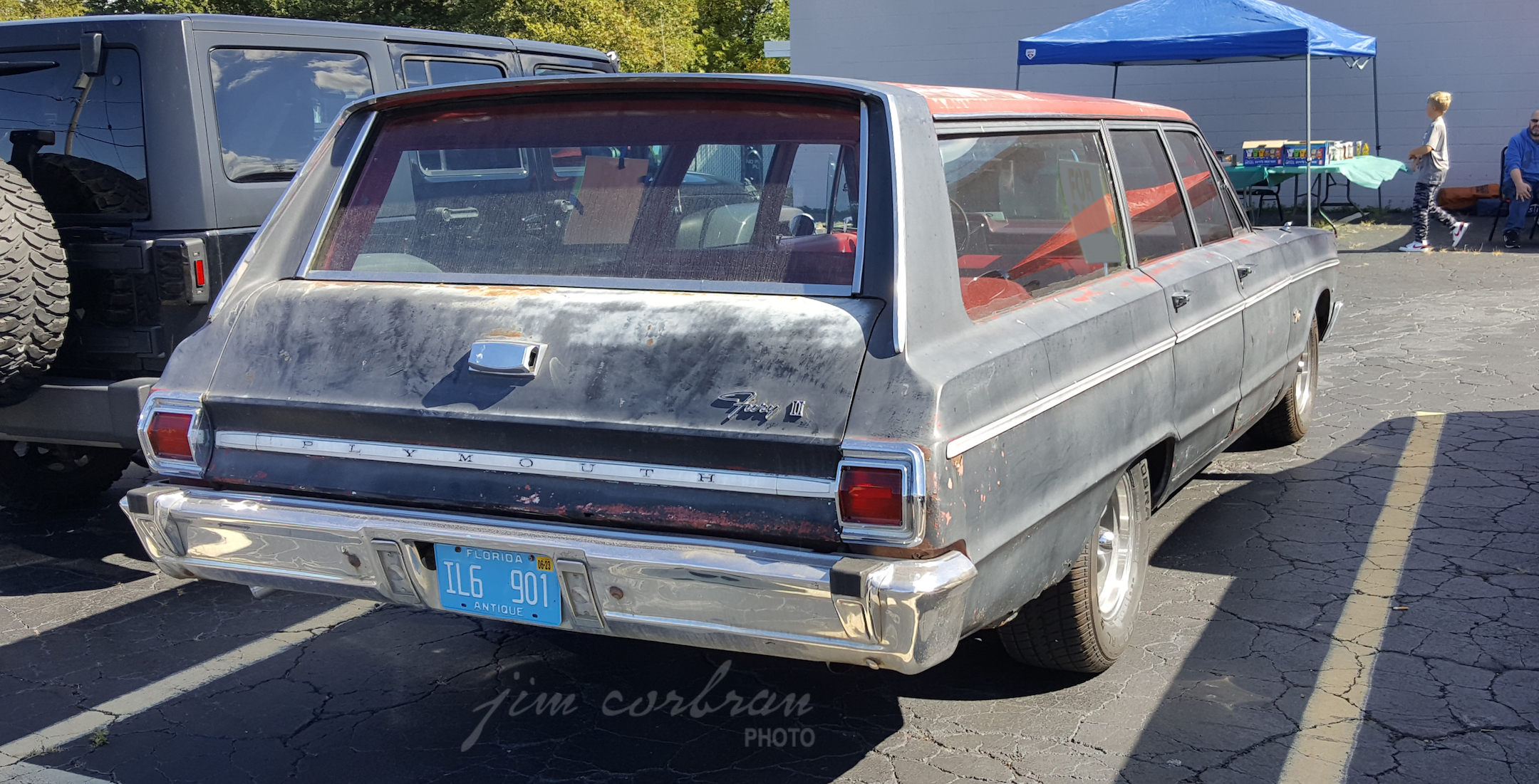 LACKAWANNA, N.Y.
– the 23rdAnnual Motorhead Mania Car & Motorcycle Cruise was held this past September, which is where we came across this 1966 Plymouth Fury II. And something seemed a bit off about it right from the get-go. Couldn’t put my finger on it until later on while looking at the photos. Seems like the tailgate is from a 1965 model, which still fit as the ’66 big Plymouths were just a minor restyle of the ’65s . You can see the two of them below from their respective brochures. When we came across this one it had a For Sale sign in the window (which calls it a '66 model), touting its 360-V8, along with a new interior, exhaust, and disc brakes. It’s wearing a current issue Florida antique plate, which might explain the faded paint. 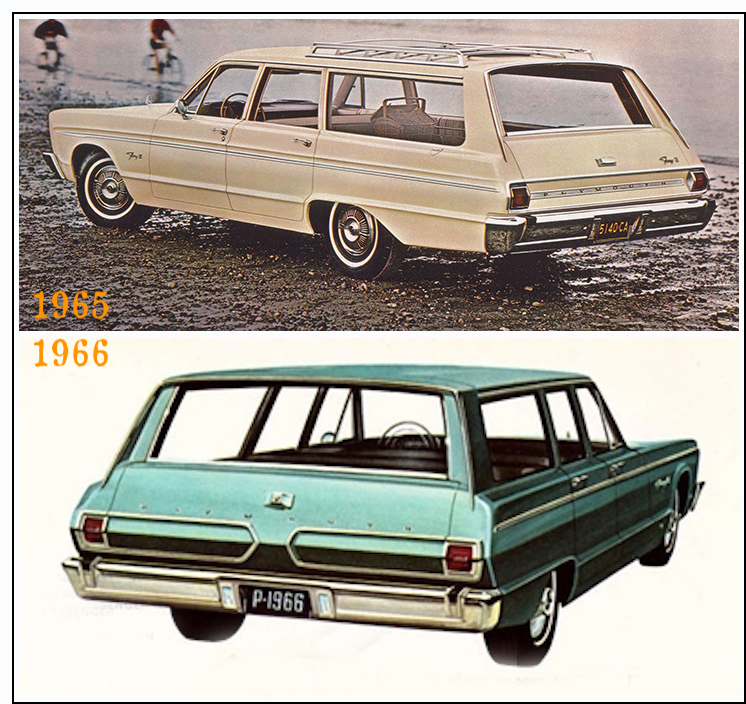