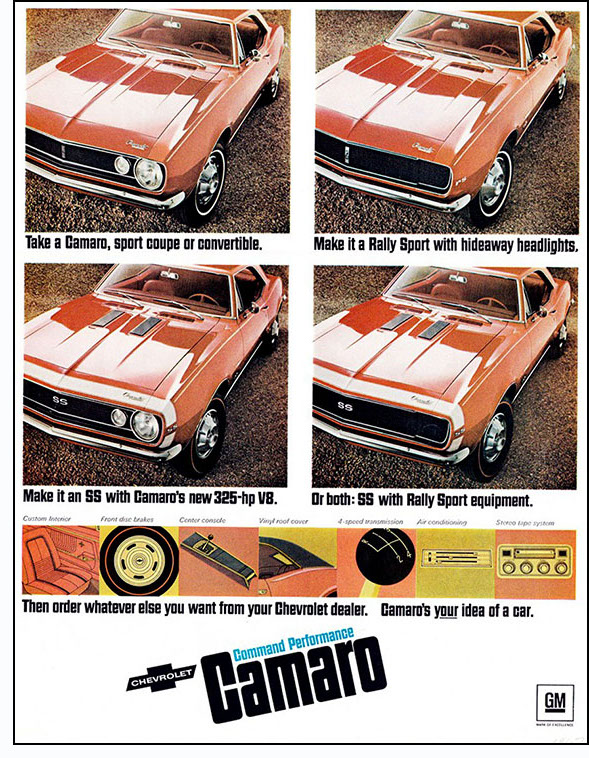 BRADFORD, Pa. – If this 1967 Chevrolet Camaro had been on the used car lot back in 1971 when I bought my ’67 Plymouth Barracuda, things might have gone differently. Although not a huge fan of the Camaro in general (sorry, Camaro fans!), at the time the Barracuda was also not on my “must have” list (up to then I’d pretty much been a Ford fan) but I’m a sucker (from w-a-y back) for inexpensive-looking base model cars, and this Camaro certainly would have fit the bill. From the get-go, the whole RS/SS model thing really confused me though. Apparently your 1967 Camaro could be either/or… or both! (see the ad at right) Today’s RealRide photo is courtesy of John Trotta of nashnut.com, who was at the 2015 Street Dreams Car Show which was held in downtown Bradford.