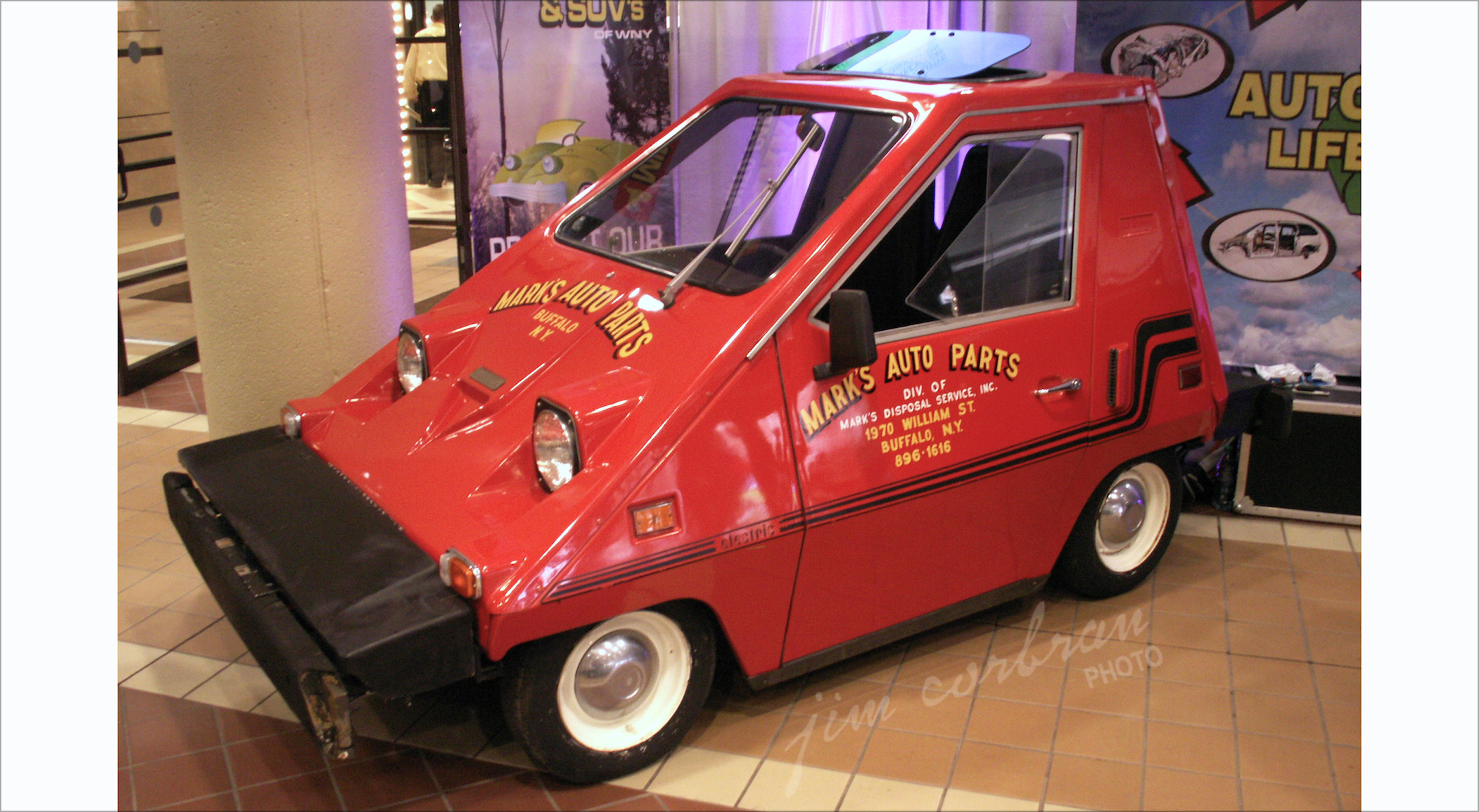 BUFFALO, N.Y. – Back in the mid-1970s (1974-76 to be precise) perhaps you wanted to be on the cutting edge and went out and bought a new Sebring-Vanguard CitiCar. Or maybe you just wanted to be “out there.” Either way you were about 50 years ahead of the curve, driving an all-electric car while (almost) everyone else was getting in the mid-teens MPG-wise with their fossil fuel-burning land yachts. The CitiCar was a two-passenger multi-purpose-vehicle manufactured by Sebring-Vanguard, Inc. of Sebring, Florida. The powertrain consisted of six in-line six-volt batteries which generated 3.5 hp. There was a built-in charger, and an option of an eight-battery power pack was offered. It weighed all of 1,120 lbs. and was just 95 inches long. About 2,225 CitiCars were built at an initial starting price of $2,998 before Sebring-Vanguard went out of business. We saw the rather pristine-looking example above at the 2012 Buffalo Auto Show; the car in the photos below was seen in the summer of 2021 at a Youngstown repair garage. 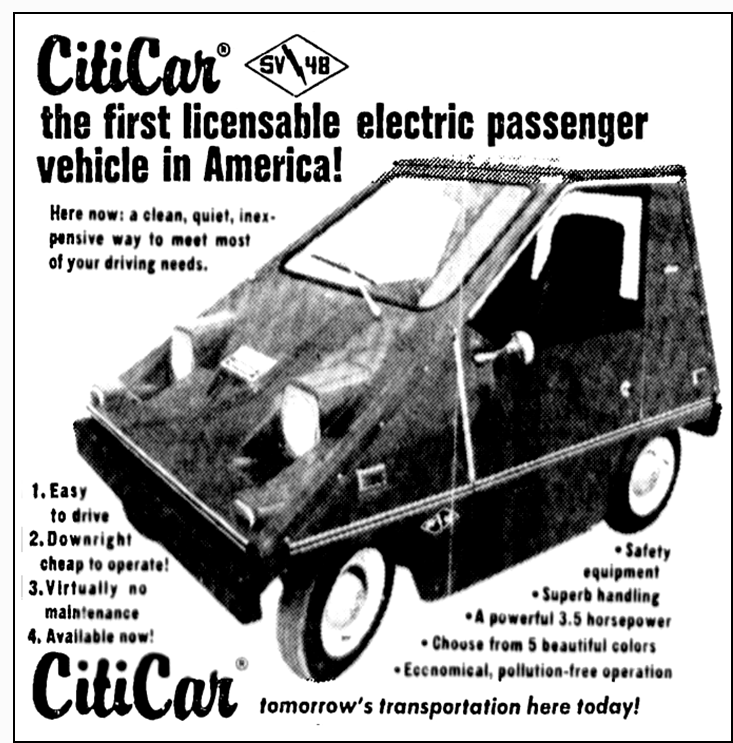