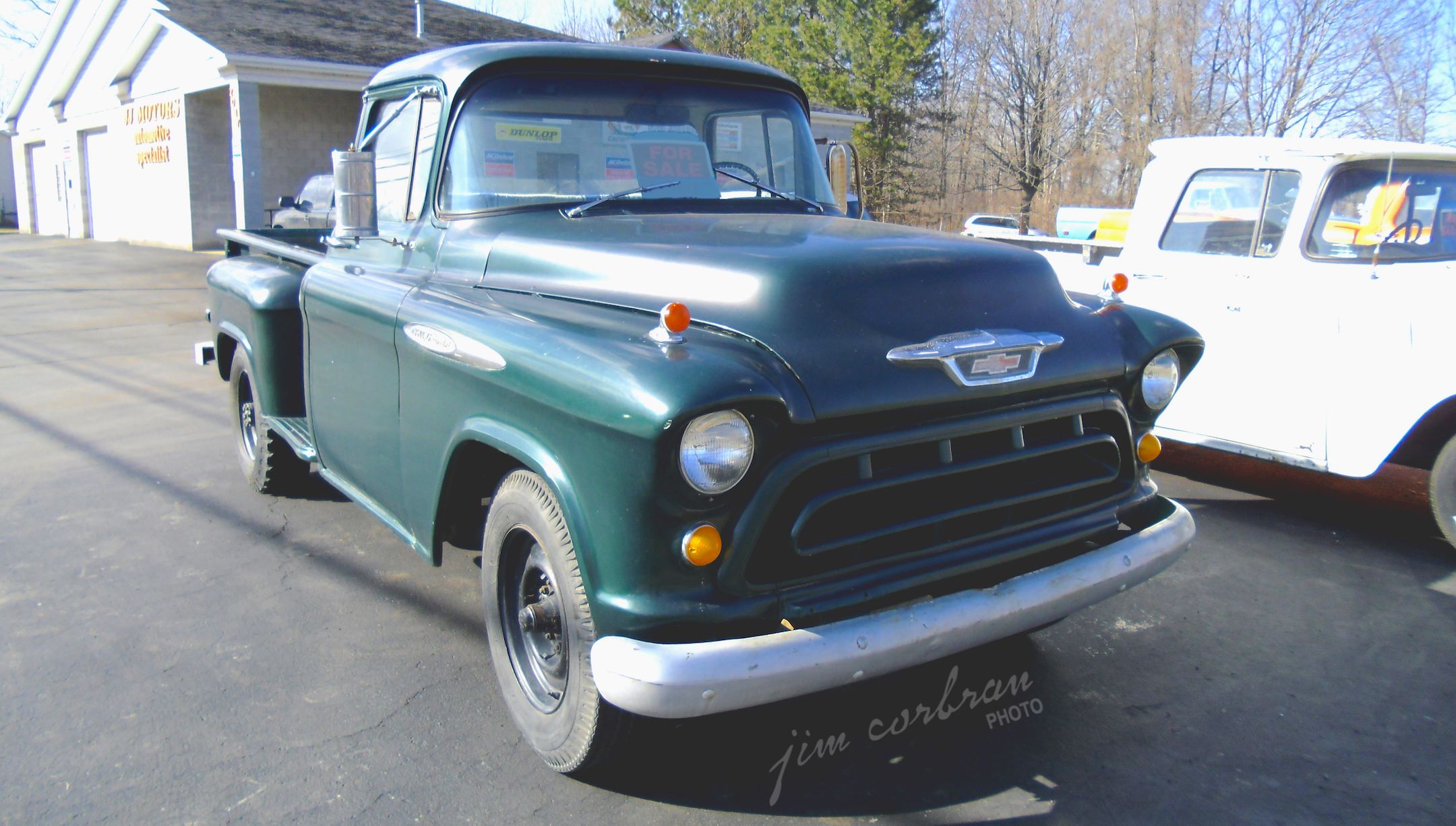 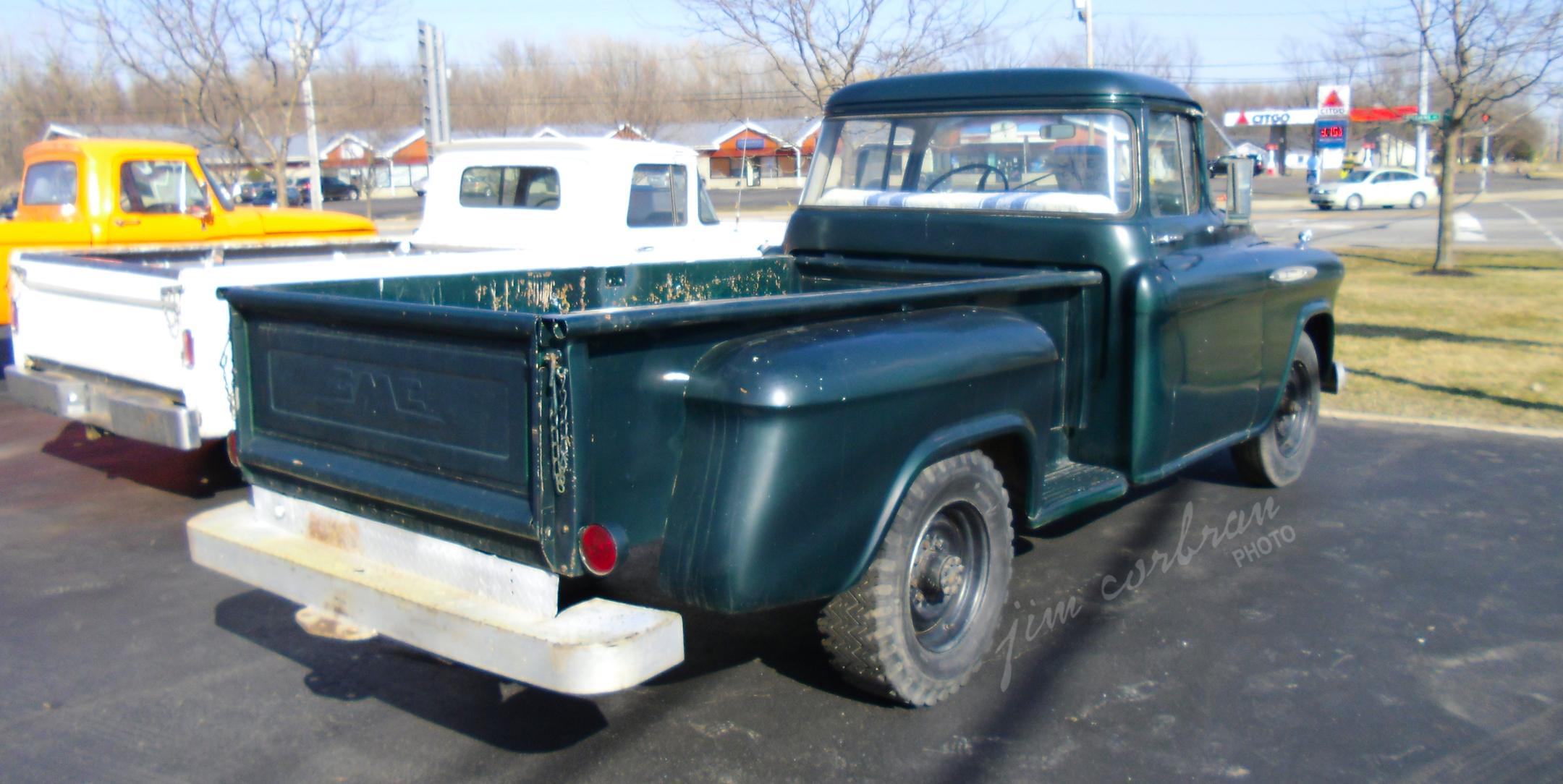 WHEATFIELD, N.Y.
- When we passed this lot back in the summer of 2010 there were about half-a-dozen mid-century pickups for sale there. One of them was this 1957 Chevrolet 3604 ¾-ton, Chevy’s mid-line model with a wheelbase of 123-1/4 inches, which it shared with the half-ton 3204 (the half-ton Cameo Carrier’s wheelbase was only 114”, while the one-ton 3804 was 135”). The ¾-ton’s bed measured 50 x 90 inches, and its standard powerplant was a 235.5cid inline six (a 265cid V8 was optional). At this point, Chevy didn’t designate these as Stepsides because this was the only body style offered except for the posh Cameo Carrier. The Fleetside and Stepside designations would begin with the 1959 models (below).