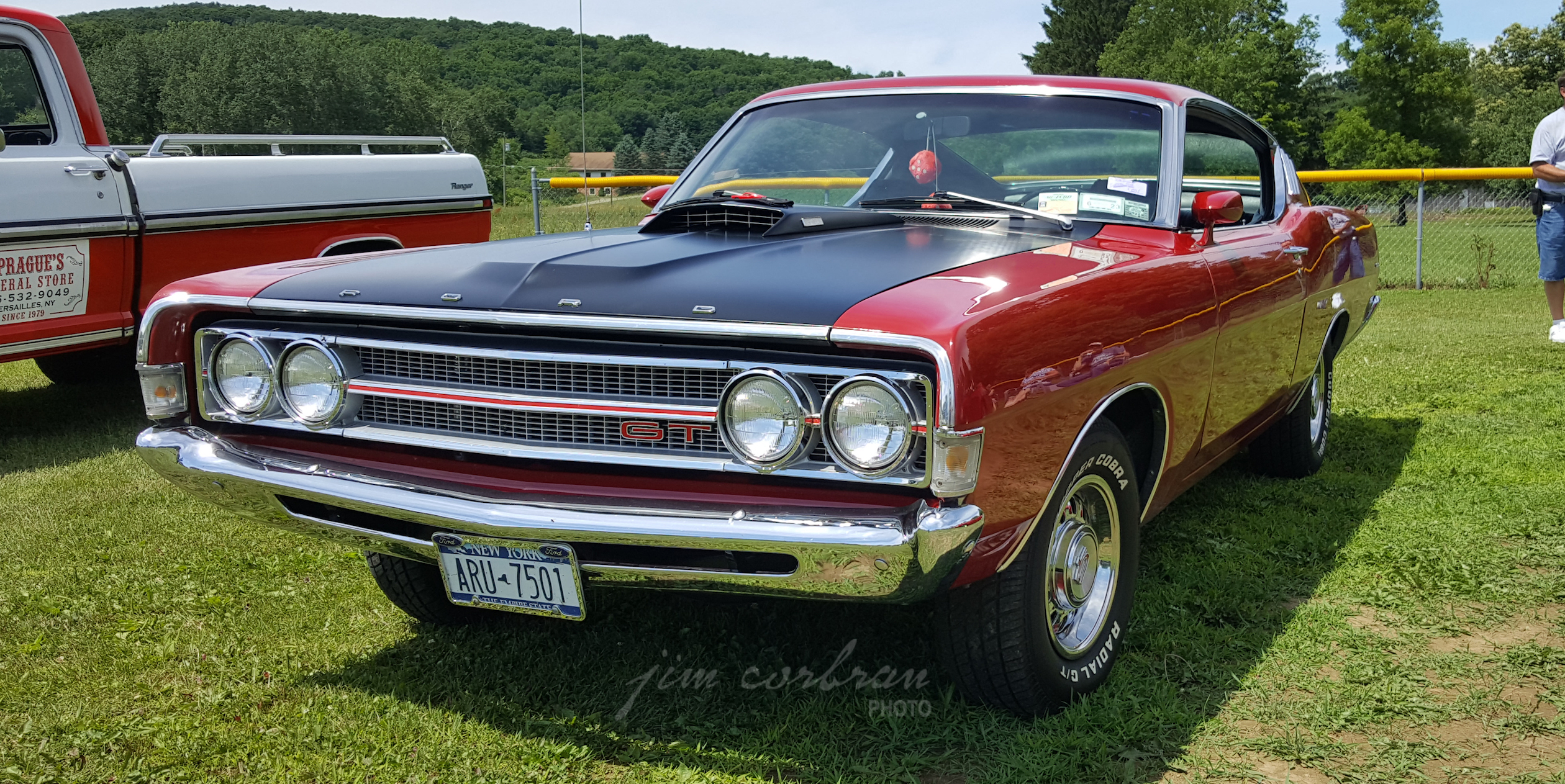 By the time this 1969 Ford Torino GT hit the showrooms, most American car manufacturers had a fastback model of one kind or another in their lineup. Who started it all? Ignoring the pre- and post-war designs which pretty much disappeared by 1953, the first modern-era fastback I remember is the 1964 Plymouth Barracuda; followed by the mid-size 1965 Rambler Marlin and the 1966 Dodge Charger. For 1967 the big cars got into the act with models like the 1967 Chevy Impala and the 1968 Ford Galaxie 500 & XL. But by this time, the all-new 1968 Dodge Charger had eighty-sixed the fastback roofline for a totally different profile. And the Marlin? R.I.P. But Ford’s Torino (and Mercury’s Montego) were stuck(?) with the full fastback profile for a couple more model years. I think it looks good on the ’68-’69 models… but it was getting a bit long-in-tooth by 1970. We saw this one a couple of weekends ago at the annual Community Association Cruise-In in Cherry Creek.