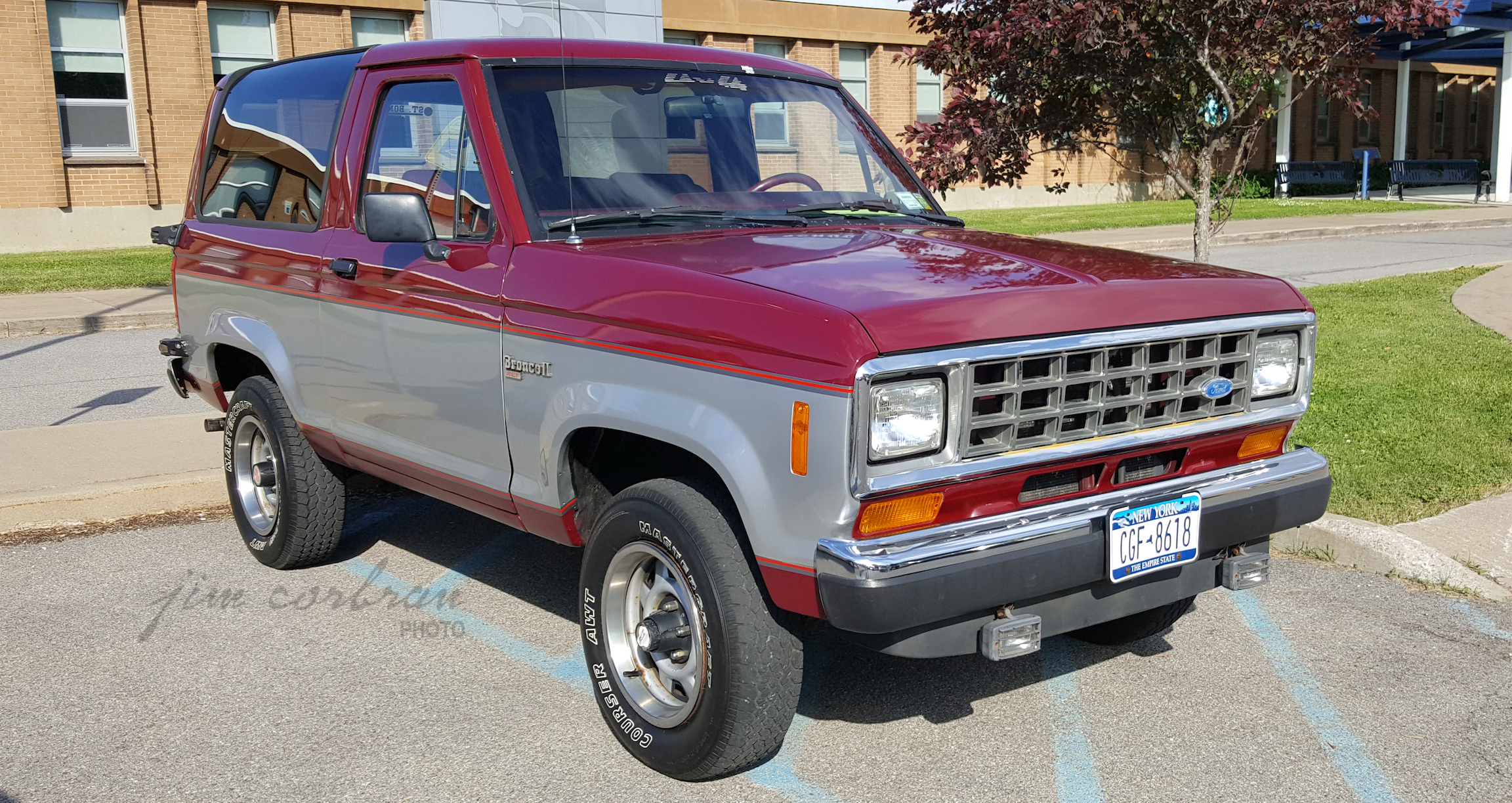 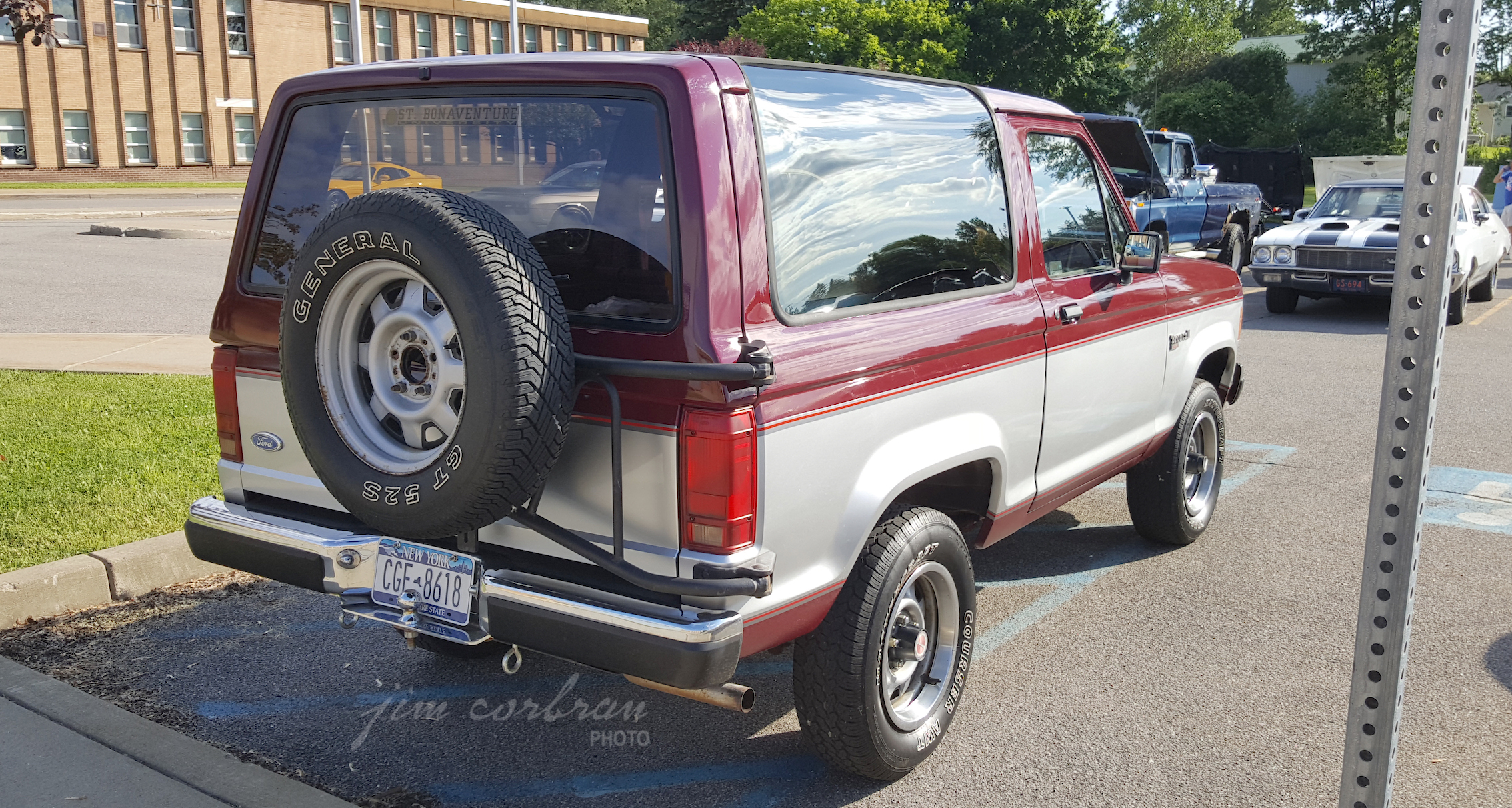 From the Blue Oval's portfolio of unimaginative model names (Mustang II, 1974; LTD II, 1977) comes this 1988 Ford Bronco II. Like the others we mentioned, it was a downsizing of a previous model. It debuted for model year 1984 and was sold through 1990. (There were years where both the Bronco II and the full-size Bronco were both available.) The Bronco II was much closer in size to the original Bronco (which was introduced for model year 1966 and was sold through 1977) than it was to the vehicle it came after — the F-150-based 1978-96 versions. With a wheelbase of 94 inches and an overall length of 158.4 inches, the Bronco II was just a tad larger than the venerable old first-gen Bronco (92 and 152.1 inches, respectively). We saw this one last month at the annual car show held at Depew High School in, you guessed it, Depew.